KAMPALA – The Directorate of Interpol and International Relations has on Tuesday, June 18 intercepted and seized 4 tons of fake liters of sachets spirits and 250 cartons of counterfeit cosmetics products worth half a billion shillings.

The operation was done with the help of URA, URSB, Stop counterfeit and various security agencies.

The Ag. Director Interpol and International Relations, SCP Oyo-Nyeko Benson confirmed this development during a press conference this morning at Interpol offices in Kololo.

“The operation was code-named FAGIA and it mainly targeted counterfeit and substandard goods in our markets,” he said.

According to Mr. Nyeko, in a few days, a number of items were seized. 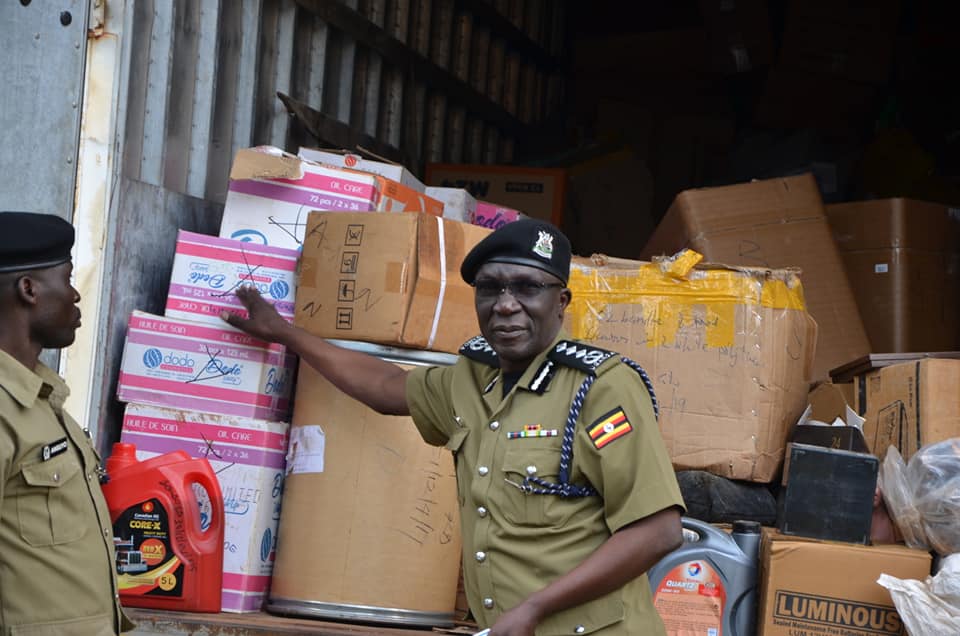 “The operation was conducted within a period of five days and during the five days within Kampala Metropolitan area, we managed to seize quite a number of items,” he said.

SCP Nyeko adds saying that when they took the items for testing, they found out that they were not able to meet the standards.

Oyo-Nyeko noted that the sellers willingly surrendered their items and through consent and agreed that they be destroyed. He, therefore, promises to continue with the crackdown.

“This is just the beginning. We are going to continue with the crackdown to make sure that the population is protected against these substandard items,” he assured.

The intercepted and seized products were taken to Nakasongola for destruction.