KAMPALA – Police have on Tuesday 11arrested a one Mulunda Stanley who was found with a colleague armed and suspected to be thugs.

Mr. Mulundo was arrested on Tuesday at 5:00 am when an intelligence-led operation was conducted by police in Kinoonya Zone, Masanafu Village in Rubaga Division.

However his accomplice escaped, but the police was able to get his identity as Kasirye Richard and his occupation which will be used to track him down.

Police released a press release saying the two suspects had rented an apartment and during the search, it recovered items which include two SMGs AK 47 rifles,  two magazines 32 live ammunition,  a number plate UAM 046J,  a hammer and some document suspected to be from the court. 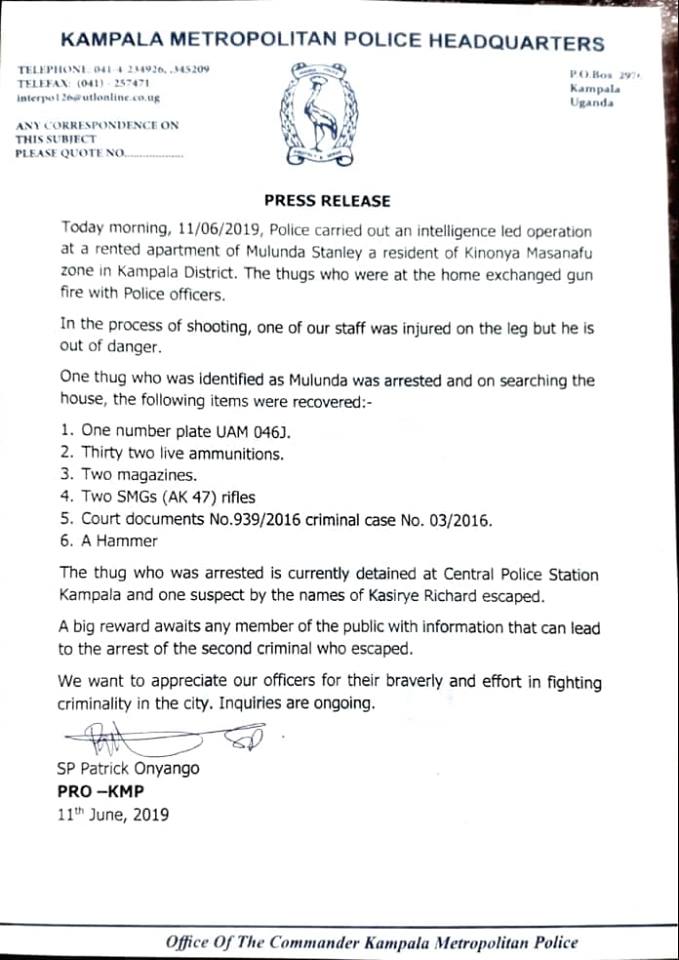 These suspects exchanged gunfire with police officers and during the shoot out and one of the officer’s leg was injured but police say he’s currently out of danger.

Mr. Mulundo who was arrested is currently detained at central police station Kampala.

However, Police have commended officers who participated in this successful operation and called upon the public in the search for Kasirye.

“A big reward awaits any member of the public with information that can lead to the arrest of the second criminal who escaped” read the statement in part.