President Yoweri Museveni has been awarded for promoting investment across the African continent by the Africa-USA chamber of commerce and Industry (ACCI).

Mr. Al Washington who is the executive director of ACCI handed over the certificate to President Museveni’s advisor on diaspora affairs, Ambassador Abby Walusimbi who is the US on tour.

Al Washington said Mr. Museveni was especially appreciated for being very open with welcoming the African Diaspora to return home to Africa.

“He has consistently and effectively created and sustained programs to reunite his stolen sons and daughters back to the African continent, has welcomed all of the historical Pan African Diaspora back to Africa with open arms and has created policies and opportunities to ease their return,” Al Washington said.

He added that, “It is therefore resolved that H.E Yoweri Museveni the President of the Republic of Uganda has hereby been bestowed the Africa-USA Chamber of Commerce and Industry’s Pan African Renaissance Leadership Award for his tireless and effective work of liberating the mindset of Africans around the world by inviting, welcoming and facilitating the return of Pan African Diaspora to Africa.” 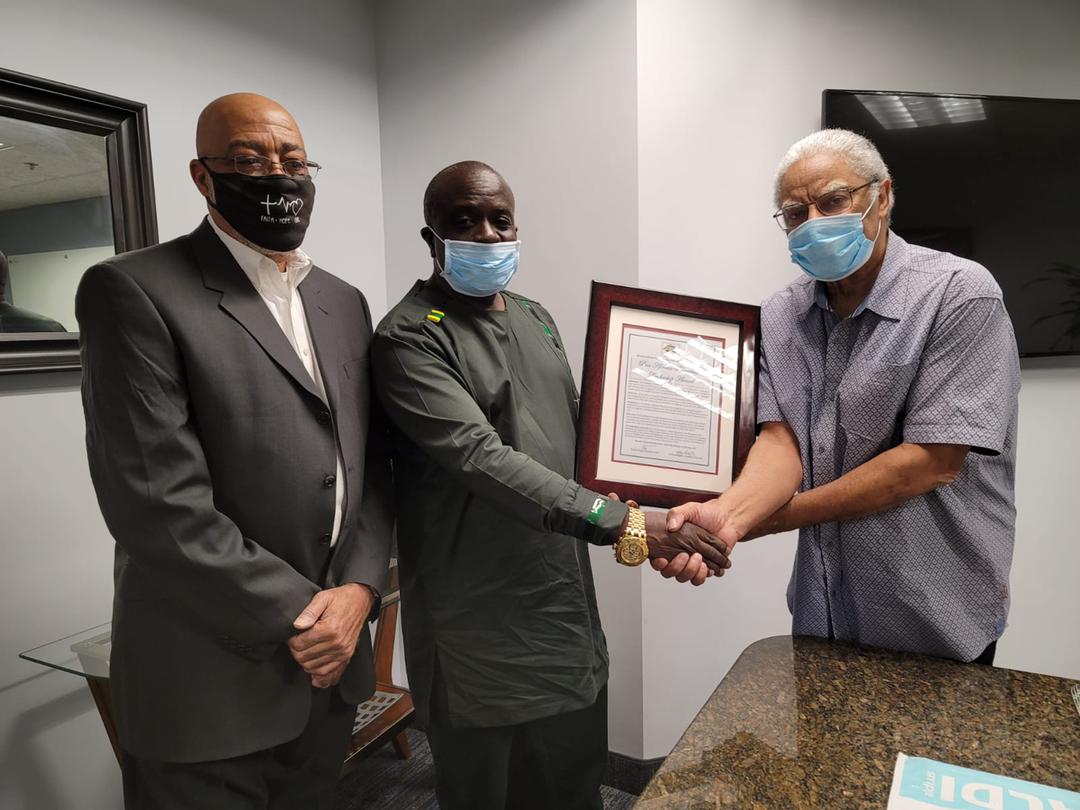 While receiving the award on behalf of the President Museveni, Amb. Walusimbi thanked ACCI for considering role played by Mr. Museveni in the continent’s general transformation.

“This award comes just after the President has been re-elected for another term in office; with no doubt he will further open his arms to receive more African Diasporas across the world as well as according them investment opportunities in a number of sectors,” Walusimbi said.