Bobi Wine in a statement said many of people on his team and other Ugandans who gathered to wave to him in Kayunga have been injured.

“My friend and producer Dan Magic has been hit in the face! ASP Kato, a police officer attached to me has also been badly injured. Many comrades are gravely injured. Pray for us. Pray for Uganda. We shall overcome,” Bobi Wine said. 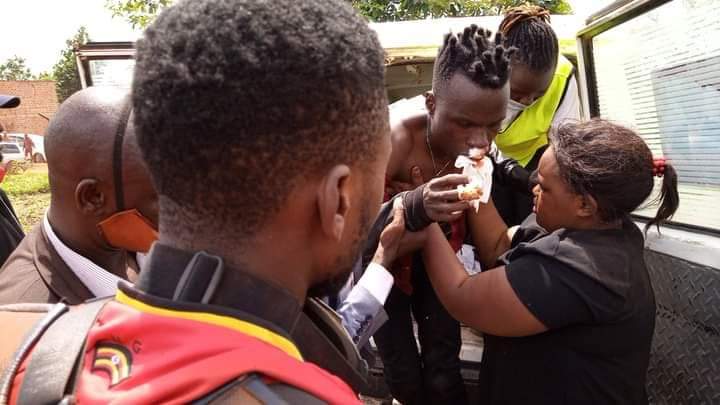 Meanwhile, authorities in Mukono District are investigating an accident involving a police truck and Kyagulanyi’s supporters.

Eye witnesses said a police truck rammed into the Kyadondo East MP’s supporters who were riding on a motorcycle in a procession at Mayangayanga along Nagoje road on his way to Buikwe district.

One person is reported to have died and five others admitted to hospital with serious injuries.

“They were cheering Bobi Wine. A police vehicle crashed them from behind as they (police) tried to disperse Bobi Wine supporters. One person died on the spot,” an eye witness, Ms Allen Mutesi told reporters. 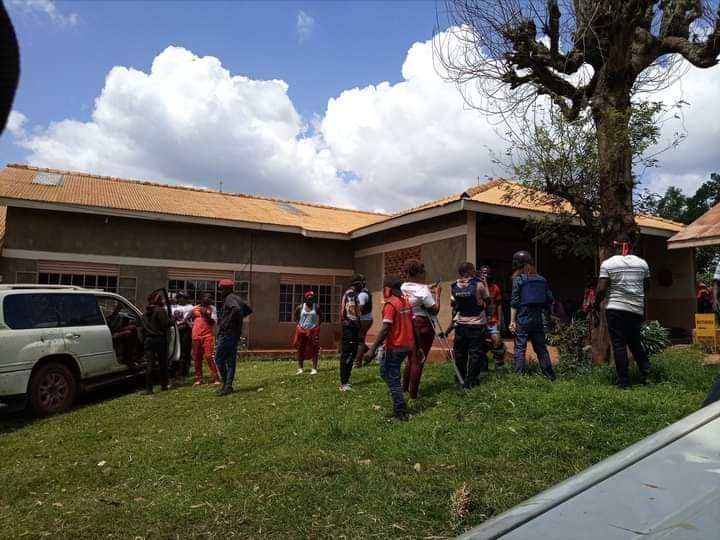 Kampala metropolitan police spokesperson, Mr Patrick Onyango, confirmed the Monday morning accident and said one of the motorcycles on which the pop star’s supporters were riding slid and fell under the police truck.

“Two motorcycle riders were riding carelessly ahead of the police truck while carrying two passengers each and yet the road was slippery, rendering them vulnerable to accident. One of the motorcycles slid and fell under the police car. One of the riders fell on the vehicle while his colleague escaped with the motor cycle,” Mr Onyango said.