KAMPALA —President Yoweri Museveni right handman on youth Dr. Hillary Musoke Kisanja has appealed to the ghetto youth to stop protesting and concentrate on initiatives that will develop them at a personal level, their families and the area at large.

Mr. Kisanja a senor presidential advisor on youth who is also helping President Museveni to ensure the opposition is wiped out in Kampala spent the day visiting and donating Christmas goodies to Kampala ghetto based youth groups including Kalerwe, Kikoni, Mengo, Katwe, Kisenyi, Salama rd, Zana, Kamwokya among other areas.

The packages included meat, rice and cash but most importantly, he urged the youth to desist from protesting especially, as the country nears 2021 general polls.

He urged them to remain peaceful and said the many development projects to the Ghetto are on their way should they vote for the incumbent President who is seeking a sixth term after 35 years in office.

“Everybody has a right to vote for a candidate of their choice but use your conscious and sub conscious mind to ensure you vote for the right leaders,” he said.

He also called upon ghetto dwellers to observe the Covid-19 Standard Operating Procedures set by the Ministry of Health warning that not heeding to these guidelines would result in fatalities.

The increasing number of COVID-19 cases in country has created a worrying situation for policymakers especially as the festive season draws nearer. The increase in movement of persons during the holiday period is likely to exacerbate the situation.

He said “Each of us must take personal responsibility for their safety and that of their loved ones”.

While some political observers opine the move is a turning point to divide the Ghetto to Mr. Museveni advantage, Dr. Kisanja dismissed arguments that his donations were given out to neutralize National Unity Platform (NUP) presidential candidate Robert Kyagulanyi aka Bobi Wine who enjoys substantial support in the area. 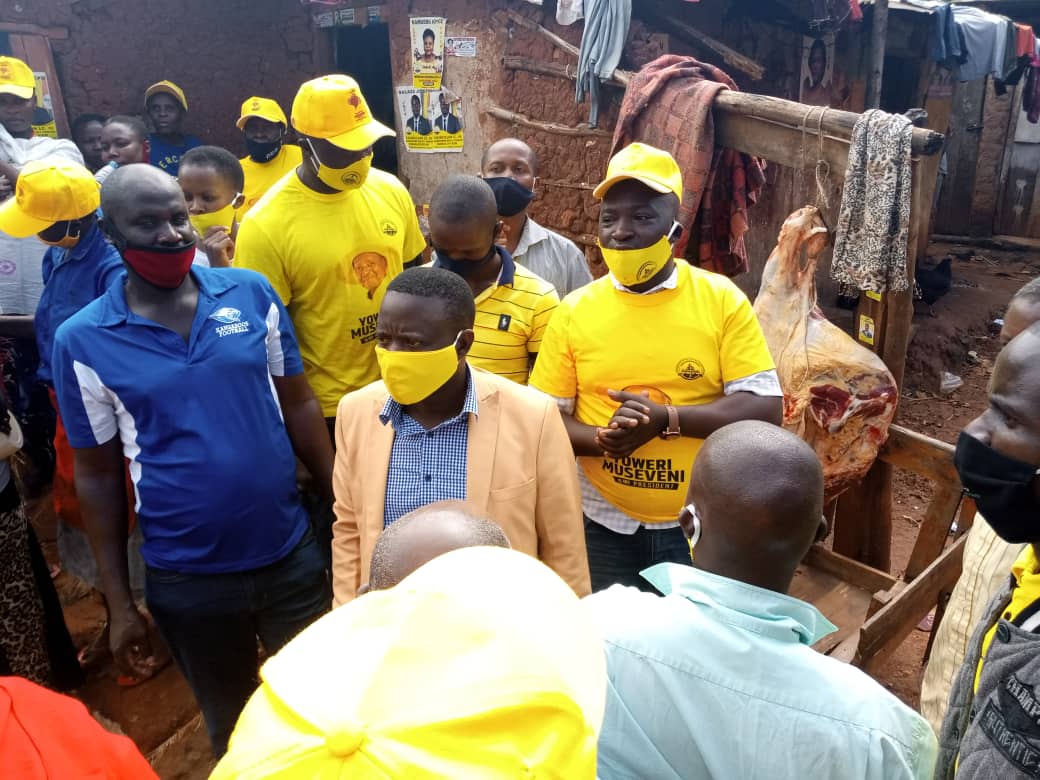 The musician turned politician’s music production office is located a few Kilometers from where the donations were made.

Kisanja argued that his office has been giving donations to various groups and this initiative will continue even after elections.

The donations, he argued are not about Bobi Wine but helping the NRM supporters enjoy Christmas.

This website understands that Mr. Museveni through Mr. Kasanja has in the recent months paid very close attention to people living in or originating from the ghetto.

Recent developments have projected these densely-populated areas as key political constituencies because the zones attract multitudes of youth, the majority of them unemployed and living in hardship.

Uganda has one of the world’s youngest populations and unemployment levels, especially among young adults, are frighteningly high.

The quick reading of this situation by most political commentators is that President Museveni is aware of this time bomb such unemployed and restless young population presents and will not leave anything to chance as the 2021 elections near. 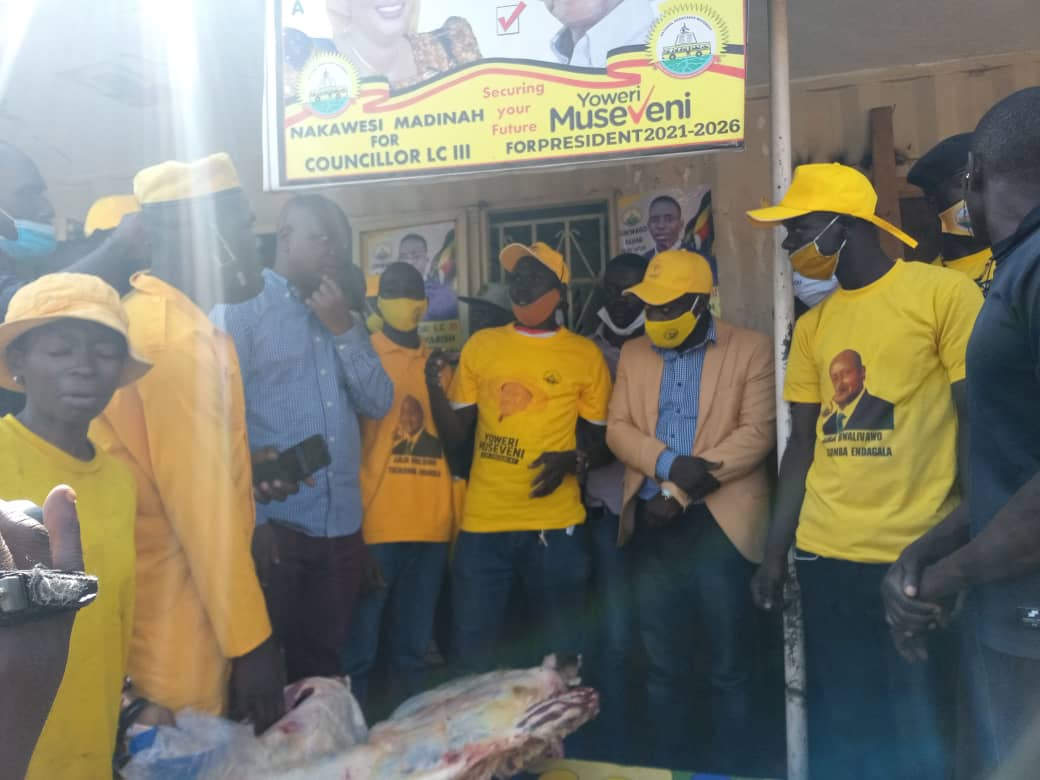 In many parts of Kampala, young people lit fires and erected barricades on roads, trying to block traffic and demanding the release of Bobi Wine, as police and military personnel fired tear gas and live bullets to disperse them.

Kisanja has since urged them to desist from doing such evil things acts as the wages of sin is death.