While addressing the people of Manafwa at Manafwa district headquaters shortly after commissioning the road, Mr Museveni said the NRM government has come through on its promise to develop the area with huge developments including roads, electricity and water.

“We have been saying that we shall change this area even when we did not have money. WE have now delivered our promise like we have done before. And I want to urge you to pay your taxes because if government does not collect taxes you will not get these roads,” said Mr Museveni.

Adding that “The NRM government is using tax money to build these nice roads and many more are going to be constructed across the country,”

The Bumbobi-Lwakhakha road stretches through the districts of Mbale, Manafwa and Namisindwa starting at Bumbobi, just a few Kilometres out of Mbale City along Mbale-Tororo highway, through Bubulo-Busumbu to Lwakhakha on the Uganda-Kenya international border; this means the road provides an international route to Kenya.

President Museveni, who is also the presidential flag bearer of NRM for 2021 polls said the problem with the people of Manafwa, in particular, is that they are people who are stuck with working for only their stomachs [Subsistence farming] and not for income.

He urged the people to diversify and engage in four other money-making sectors like commercial agriculture, agro-production, industries, services, and ICT to make money for not only their stomachs but also for their pockets

He rallied the people of Manafwa and Namisindwa to elect NRM in 2021 so that they continue developing the country.

Mr Peter Lokeris, the minister of state for works thanked the government for fulfilling the pledges/promises made while also advancing the NRM’s strategy for poverty eradication, socio-economic transformation and regional integration.

“Your Excellency we wish you and the NRM government for the strategies laid out to achieve social-economic transformation in the region and the country large by integrating this region to the rest of the country through infrastructural development,” said Mr Lokeris.

He added that “And the following roads are also earmarked for upgrading in this same region; Bubulo-Bududa circular road [28Km] Nabumali-Butaleja road [72Km], Namagumba-Budadiri-Nalugugu road [45Km and Mbale-Nkokonjeru, Wanale  [21Km].

Eng Samuel Muhoozi, the acting executive director at UNRA said the completed project [Bumbobi-Lwakhakha road] is a measure of success through which UNRA is providing their customers with demonstrable evidence of a great road user experience.

“Our focus as UNRA in line with the government policy was placed on gaining a deeper understanding of these needs our clients and stakeholders who have enabled us to be more pro-active,” said Eng. Muhoozi.

He commended President Museveni, the government of Uganda and development partners, in particular the African Development Bank for extending support to the road programmes in Uganda. 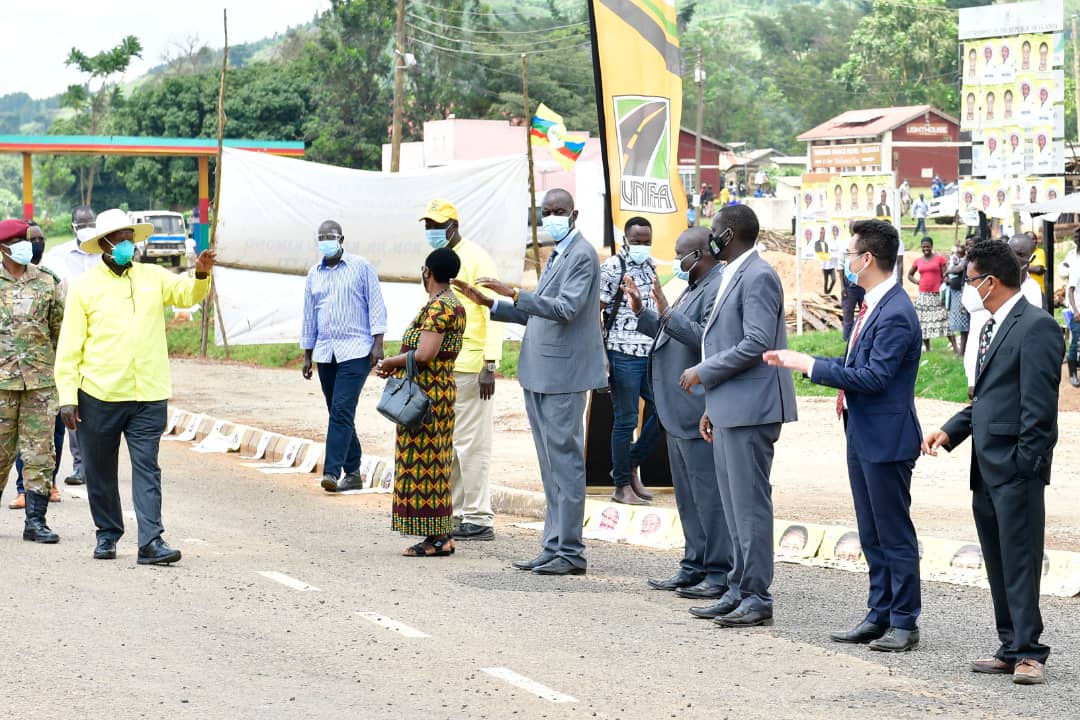 “I want to state that the contractor has also tarmacked about 5.8Km of roads in town councils along with the road project and will also put solar street lights along in the main trading centres along the road,” said Eng Aleper.

He explained further that the road has a width of 10 m, 7 m carriageway (two lanes each 3.5 m wide) and paved shoulders on either sides of the road each 1.5 m in the rural area and 2.0 m wide in trading centres.

He added that an additional 3.5 m wide parking lane in built-up areas and that the width of the existing road has been widened in certain places, all existing culverts have been extended and headwalls have been replaced.

“And for easier maintenance, culverts with a diameter of not less than 900 mm and proper concrete inlet/ outlet structures have been installed,” said Eng Aleper.

Eng Aleper said UNRA was not going to compensate anybody for the road expansion in the town councils but asked the local leadership to sensitise their people to give away land of about 9.6m width and 2.8m for the road shoulders for better road construction in the towns.

Asked about the life span of the road, Eng Aleper said “As long as it is used well, the road will lust for more than 20 years,”

“This is one of the roads with potential to promote trade, tourism, and further east African integration process,” he said.

The project Engineer Mr Isaac Ssekubunga said the construction of the Road had been a long and strenuous journey punctuated with numerous challenges and asked the people make proper use of it.

“We should avoid vandalism of the signs along the road and encroachment in any way to keep the road for long.” Said Mr Ssekubunga 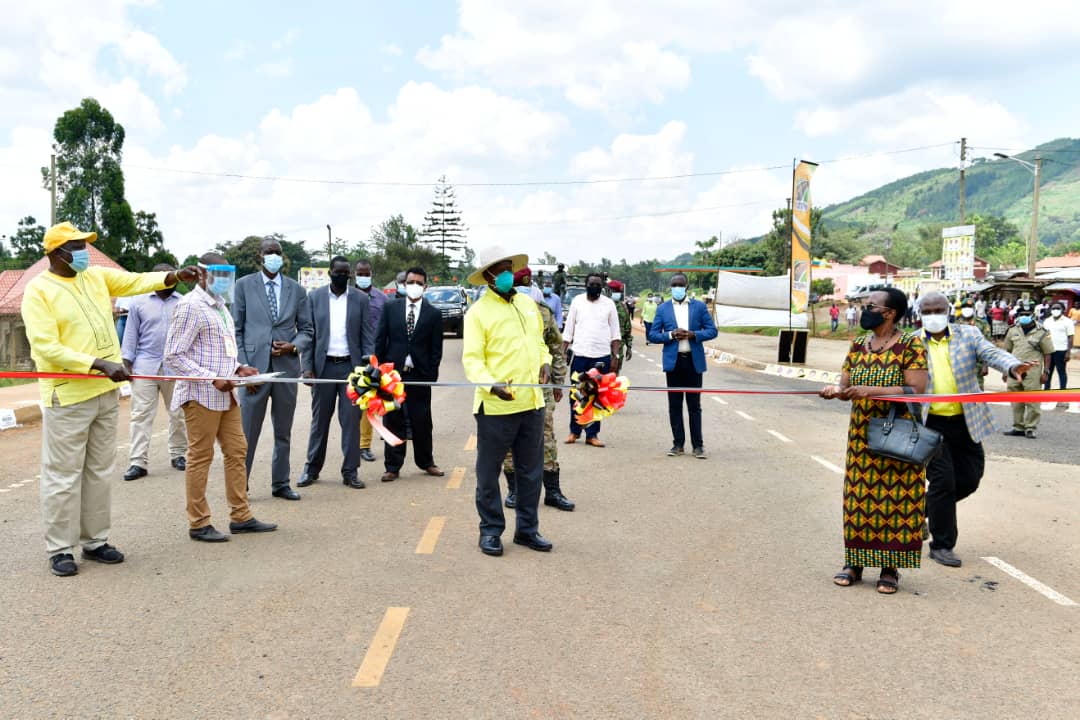 According to Eng Aleper, the road is part of the national roads network and was undertaken by M/s China state construction engineering corporation Ltd and will promote regional integration and cross border trade with Uganda’s eastern neighbour-Kenya.

And using this find, the Bumbobi-Lwakhakha has been upgraded from gravel/earth roads to Bitumen standard roads. The project is to be implemented by the Uganda National Roads Authority (UNRA).