KAMPALA – Every evening, Muzaki [not her real name] as the sun sets, throws on a night’s chosen outfit and heads to her designated location: Naboa road behind Bam Shopping centre.

Here with a group of other young girls, Muzaki for close to a decade has been earning a living through prostitution.

And during her trade as a full time sex worker, she with her peers have witnessed a lot of violence, abuse and discrimination from society.

She said sex workers in Uganda face a constant risk of abuse as an extremely marginalized group of people, frequently forced to live outside the law.

“I am not surprised to learn that we face discrimination, beatings, rape and harassment – sometimes on a daily basis – and we are often denied access to basic health or housing services across the country,” said Ms Muzaki, a mother of two.

She explains that sex workers continue to face criminalization, violence, discrimination and other forms of human rights violations which increase their risk of acquiring HIV.

Painfully, they recall times when they were sexually assaulted and then beaten up when they asked to be paid — as little as Shs 5000 — to help feed their families as jobs evaporated during the pandemic.

But like others, Muzaki is happy that they have someone today who can advocate for their rights, an organisation for sex workers that will advance to advance health rights, human rights, socio-economic rights & social protection for FSWs and other marginalized women and girls including their children in Uganda an organisation with an agenda for female sex workers advocacy. 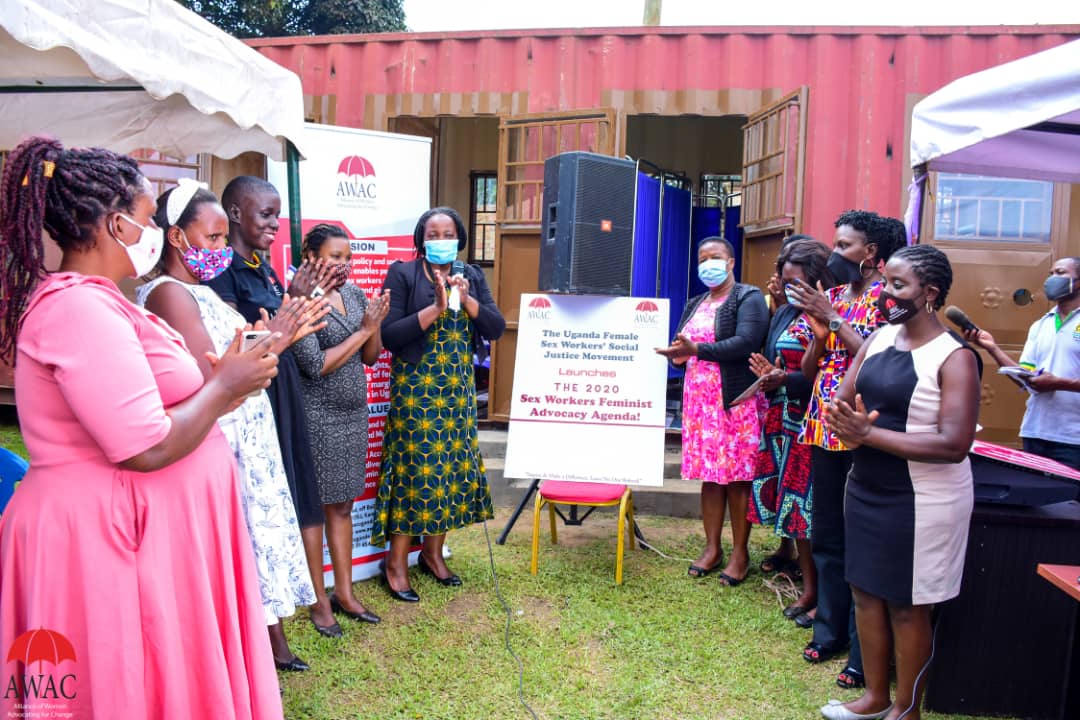 According to The Alliance of Women Advocating for Change (AWAC), Sex workers—female, male and transgender adults who have consensual sex in exchange for money or goods, either regularly or occasionally—are among the populations that are being left behind in the HIV response. HIV prevalence among sex workers is 10 times higher than among the general population, and sex workers are poorly served by HIV services.

The Alliance of Women Advocating for Change (AWAC) is an umbrella network of grass root female sex worker led organisations in cutting across the 6 regions of Uganda.

It was established in 2015 by female sex workers (FSWs) to advance health rights, human rights, socio-economic rights & social protection for FSWs and other marginalized women and girls including their children in Uganda.

Muzaki explained that many of the human rights challenges, vulnerabilities and barriers sex workers face are due to criminalisation and the restrictive laws, regulations and practices they face.

She said that selling and/or buying sex is partially or fully criminalized in at least 39 countries. In many more countries some aspect of sex work is criminalized, and in other countries general criminal law is applied to criminalize sex work (for example, laws against loitering and vagrancy).

A statement on the launch of the Female Sex Workers’ Feminist Advocacy Agenda (SWoFAA) during the Human Rights Day -10 December, 2020 Kampala, celebrated under the theme; ‘Stand Up for Human Rights’ AWAC called upon leaders across the country to address the failures exposed and exploited by COVID-19, and apply human rights standards to tackle entrenched, systematic, and intergenerational inequalities, exclusion and discrimination.

AWAC urged leaders further to treat women and girls with dignity and be deliberate about creating a supportive and inclusive environment for women and girls of all diversity in your community – Call it out, challenge practices and norms that discriminate against women and girls. 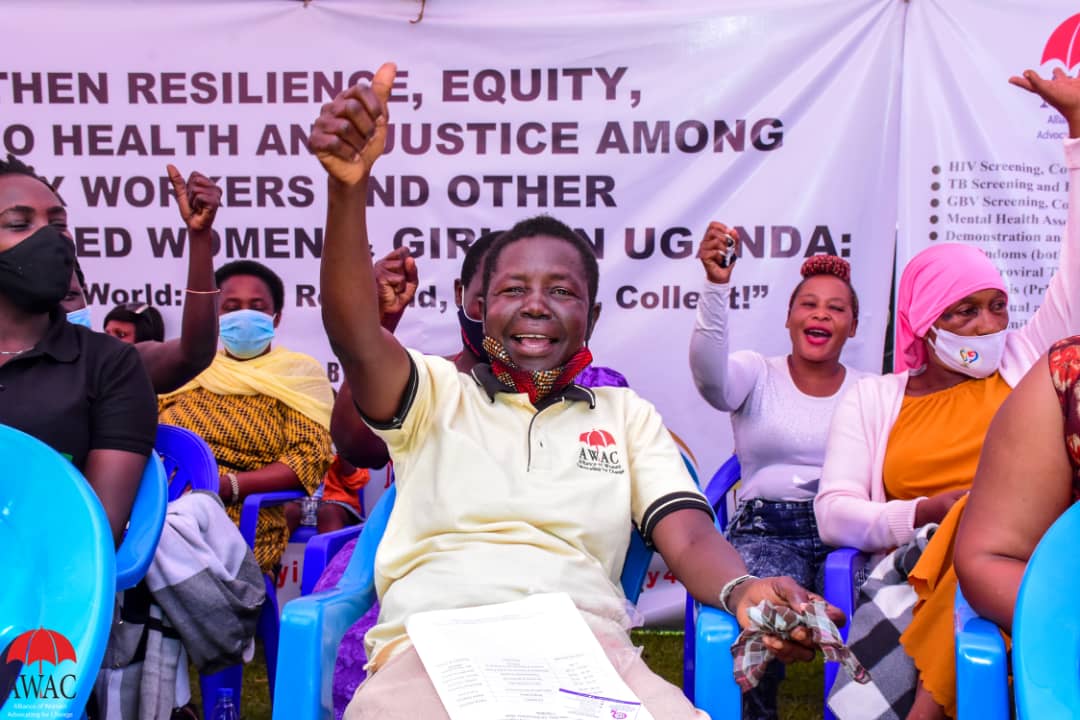 The statement signed by Christine Kaleeba for Sex Workers’ Feminist Advocacy Agenda says there is need to learn more and create more awareness about violence against women and girls on the margins of society, discrimination, gender inequality and its intersection with HIV and other vulnerabilities that affect women and girls.

The statement further asks the media to report objectively, consciously on the gravity and implications it has on the survivors and society as a whole.

“We have chosen to advocate for the decriminalization of all aspects of consensual adult sex – sex work that does not involve coercion, exploitation or abuse and this should be based on evidence and the real-life experience of sex workers themselves that criminalization makes them less safe,” reads the statement signed by Ms Kaleeba.

Ms Kaleeba said criminalizing adult, voluntary, and consensual sex – including the commercial exchange of sexual services – is incompatible with the human right to personal autonomy and privacy.

She added” that in short a government should not be telling consenting adults who they can have sexual relations with and on what terms,”

During the celebrations to mark the World Human Rights day [!0 December] the for Sex Workers’ Feminist Advocacy Agenda [SWoFAA ] called upon everyone to frespect and promote the rights of vulnerable sex workers such as migrant sex workers and sex workers with disabilities.

Therefore as the SWoFAA, we call for the collective responsibility of Ugandans in the ensuring the protection of the human rights of all, including female sex workers,” said Ms Kaleeba.

She said the government should resources to prevent and respond to Gender Based Violence to address structural and resource barriers such as HIV testing kits and drug stock outs, inadequate human resource to offer testing and treatment services including the training of health workers to serve marginalized and vulnerable populations such as Female sex works and women and girls with disabilities.

The commission’s acting chairperson, Dr Katebalirwe Amooti 9 December appealed to Ugandans to always point out all human rights violators whenever they occur without fear or favor but for the good of our country.

Mr Zeid Ra’ad Al Hussein, the UN High Commissioner for Human Rights, said it is time for each one of us to step up for human rights.

“There is no action that is too small: wherever you are, you can make a difference. Together, let’s take a stand for more humanity.”

Sexual Violence
Globally, sex workers are facing an unprecedented crisis. In the UK, campaigners say they’ve been left penniless. “If you go out to work on the streets as a sex worker in the current climate, you get immediately picked up by police, “In some cases, women are starving.”

On April 8, the Global Network of Sex Work Projects and UNAIDS released a statement highlighting the hardship, loss of income and increased discrimination and harassment faced by sex workers, urging countries to ensure their human rights be respected and fulfilled.

“As sex workers and their clients self-isolate, sex workers are left unprotected, increasingly vulnerable and unable to provide for themselves and their families,” reads the statement.

To protect the health and rights of sex workers, they’re calling for a series of measures, including access to national social protection schemes, health services, emergency financial support (particularly for migrants), an immediate end to evictions and halt on arrests and prosecutions of sex-work related activity, amongst others. 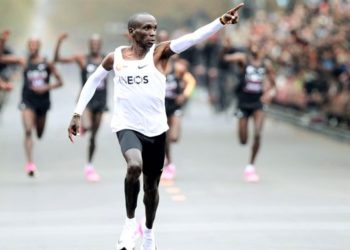