ENTEBBE – A partial emergency exercise to test for Entebbe International Airport’s readiness in case of an emergency involving a passenger aircraft crash has been held on Tuesday, December 8, 2020.

The exercise is a mandatory requirement for International Airports of countries that are contracting member States of the International Civil Aviation Organization (ICAO). Uganda last conducted such an exercise in February 2019.

The exercise kicked off on Tuesday afternoon and involved simulation of an aircraft crash involving Lunyo Air (pseudo name) flight XT 321 with 250 passengers on board.

It was presumed that some people were injured, which sparked off an emergency situation involving airport fire-fighters and other rescue agencies that were called in to save lives. 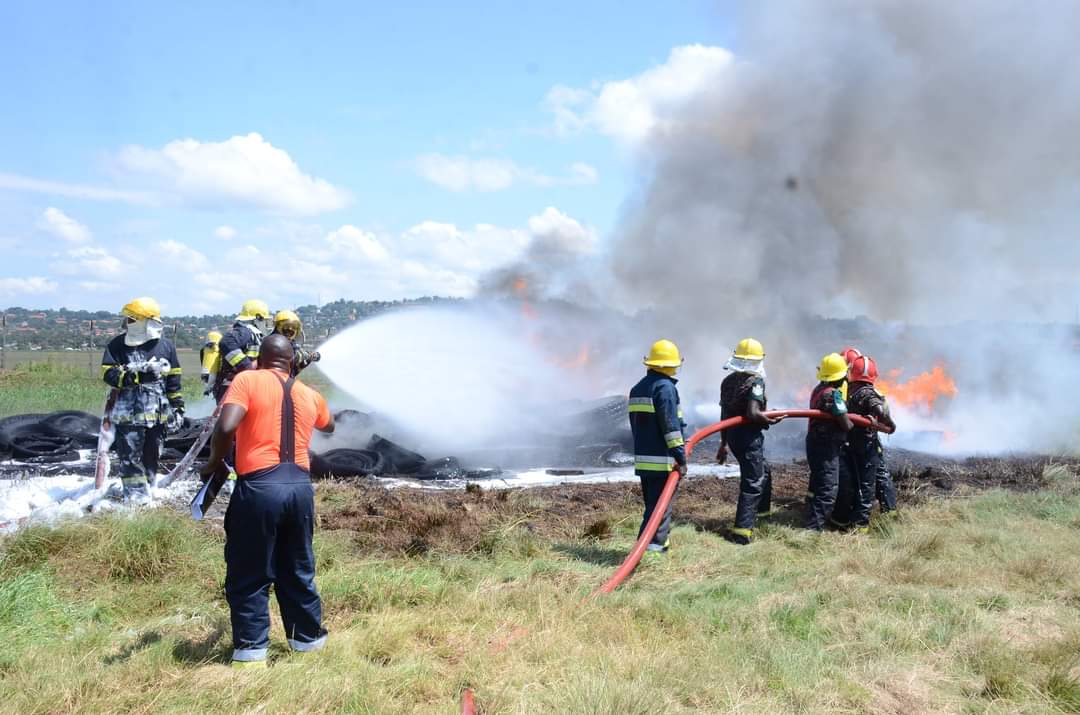 The Uganda Civil Aviation Authority’s Fire Fighting and Rescue Services personnel put down the ensuing fire as medics from various hospitals were summoned. Several ambulances and medical staff responded and “rescued” the “victims.” The “critically injured” were rushed to hospitals in Entebbe and Kampala.

The exercise this year has been held as part of the Aviation Week celebrations, globally celebrated in the first week of December in memory of the signing of the Chicago Convention in 1944, which led to establishment of the International Civil Aviation Organization (ICAO).