KAMPALA — Uganda Association of External Recruitment Agencies (UAERA), the umbrella association of all labor exporting firms in Uganda has on Friday, October 16 closed operations, citing prolonged closure of legal labour migration among others.

The decision that also takes immediate effect, was announced by association Chairman Mr. Baker Akantambira at Africana Hotel on Friday who told journalists most of the licensed recruitment companies have closed shop, suspended operations due to rent, salary arrears and other operating costs in their places of operations after they spent the bigger part of the year without working.

He said the situation has directly affected over 4,000 direct employees of these recruitment companies and their dependents.

“Whereas the MoGLSD is the line Ministry charged with the regulation of the industry, we would like to express our concern that many a time the Ministry takes sweeping decisions without engaging the respective labour companies directly or through their Association [UAERA], it is not in doubt that labour exporting companies are key stakeholders in the industry” he noted, saying that the suspension of labour externalisation was inevitable. 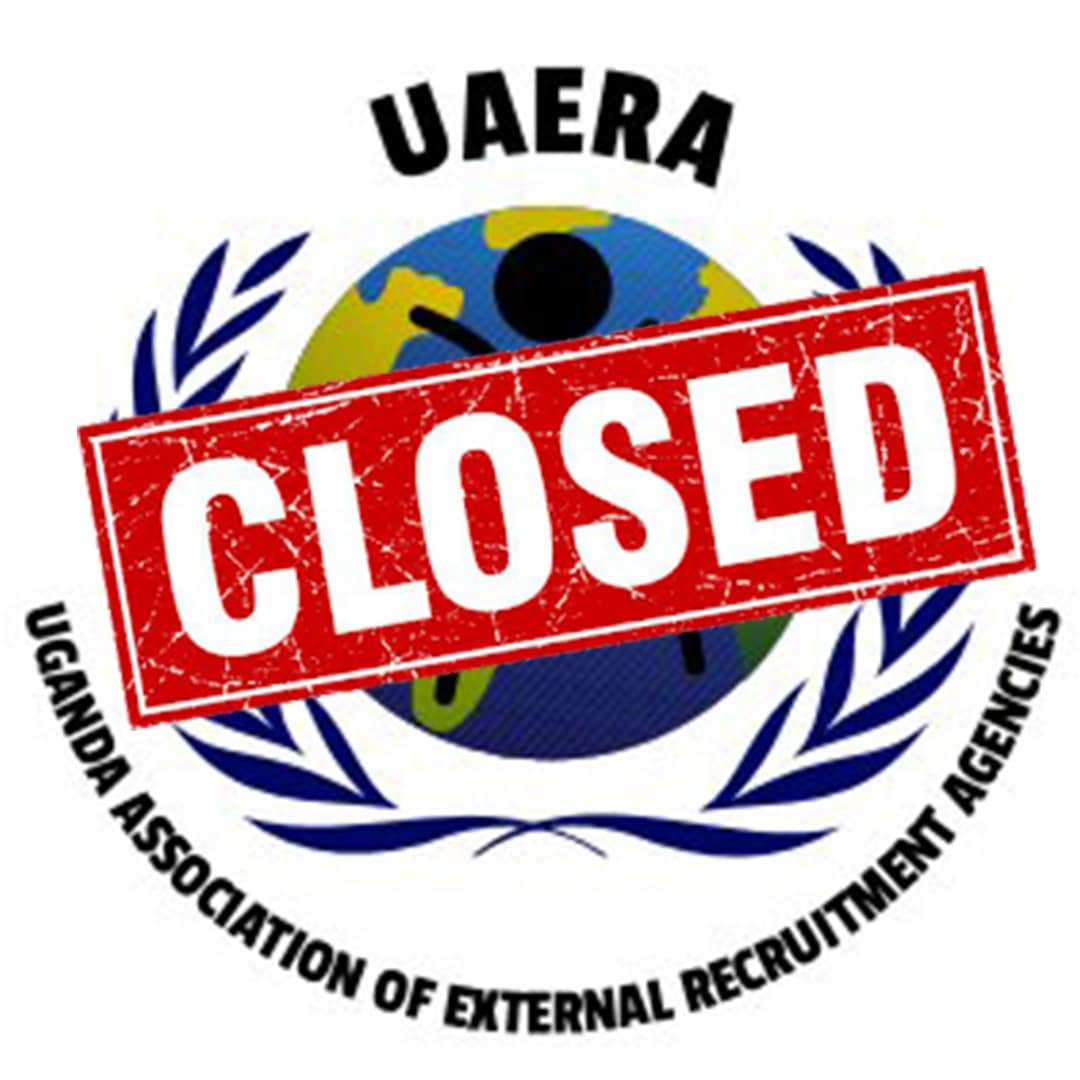 Externalization of Labour was, until the spread of Covid-19 across the globe, one of the fastest growing sectors and was providing employment opportunities to thousands of Ugandans across the Middle East and other parts of the world.

According to the recent statistics, the annual remittances from migrant workers in the Middle East alone into the country currently had grown to over USD700 Million.

In revenue terms, the sector has been contributing huge None Tax Revenue to government agencies through processing of passports, VISA fees (income to other countries, Interpol charges (98% of the Interpol Letters are from Labour recruiting companies, Bank charges and Vaccination payments against yellow fever of 100,000 per person and now the recently introduced COVID-19 PCR Certificate fee.

Asked whether the Ministry of Gender is bothered by decision, the Commissioner Employment Services, Mr. Lawrence Egulu said he’s not at liberty to comment on the matter now.