Gayaza High School speaks out after student is caught night-dancing

KAMPALA — Gayaza High School leadership has spoken out after widely shared photos and video on social media alleged that one of the their students was caught night dancing.

A video and pictures of a very young lady made rounds on social media, alleging that she was found inside a gate of certain apartments involving in witchcraft, with others claiming she is a current student of Gayaza High School.

Ms. Kizito Robinah Katongole the school head teacher in a statement said the person in the video is a former student but said the incident did not
happen at the school. 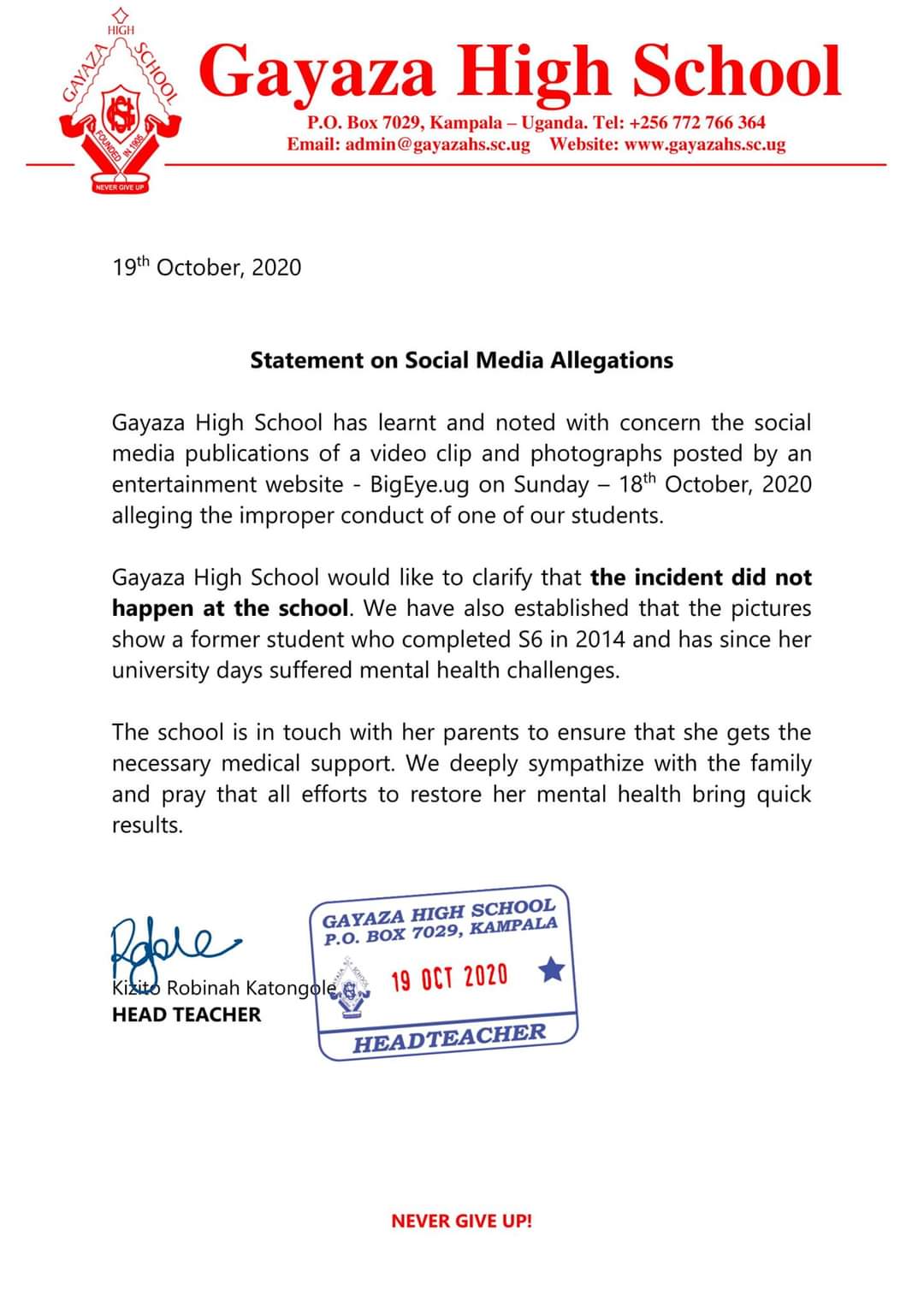 “Gayaza High school would like to clarify that the incident did not happen at school. We have also established that the pictures show a former student who completed senior 6 in 2014 and has since her university days suffered mental health challenges” Ms. Katongole said, confirming knowledge of the person.

Ms. Katongole added that the school is in touch with her parents to ensure that she gets the necessary medical support.