Ms Ntambi had previously on two occasions failed to appear before court until Wednesday, 07 October 2020 when Chief Magistrate Pamela Lamunu Ocaya gave her an ultimatum.

At hear hearing today, Ms Ntambi lost the battle for her application for bail after a member of the public only identified as Akim, surprised court and complained that her lawyers had presented fake medical papers to court, claiming that she had checked into a Kampala clinic whereas not.

Ms Ntambi had earlier on Wednesday October 28 pictured at the office of the DPP but spokeswoman Jacqueline Okwi was quoted in the media as saying that while Ms Ntambi was free to raise a complaint to the office of the DPP, she was expected in court today without fail as ordered by the judge.

A whistleblower complaint filed before the President’s Office lifted the lid on the current troubles at the Equal Opportunities Commission, with the Ms Ntambi, now facing charges of corruption too.
Ms Ntambi joins the institution’s accounting officer, and eight other senior staff earlier charged with the same offences.
Ms Ntambi, was last month added to the charge sheet as A10 before the Anti-Corruption Court in the case where nine other officials of the commission have been undergoing trial, charged with defrauding the government of millions of shillings.
She was charged in absentia in the Anti-Corruption Court on Tuesday, September 22, 2020. 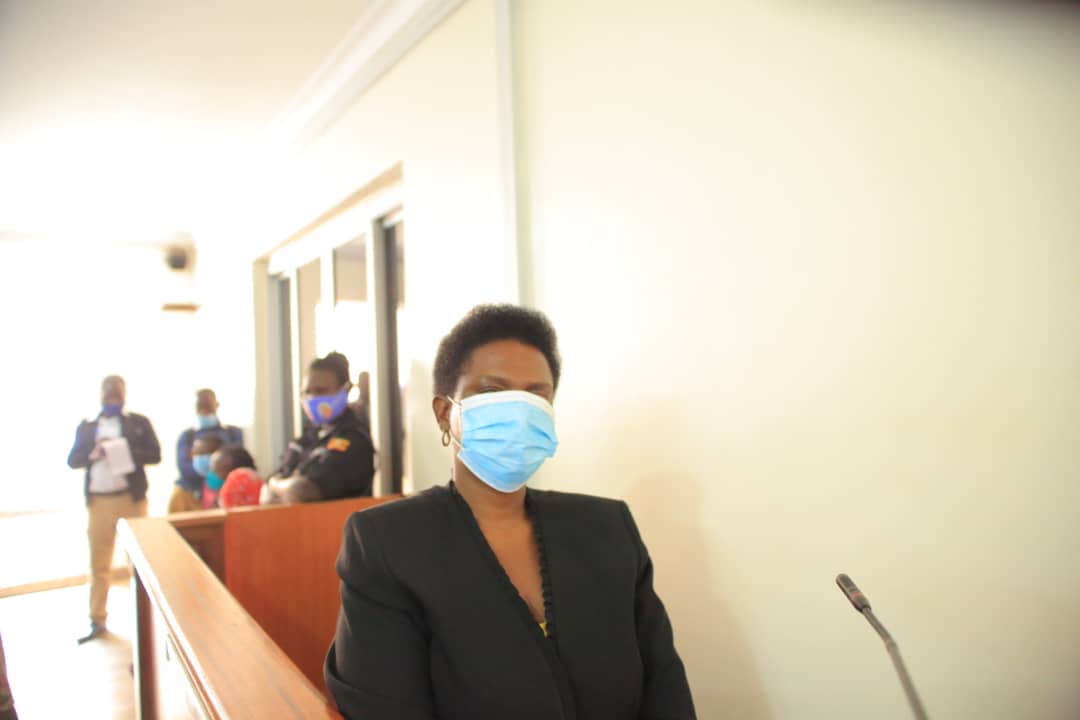 The Director of Public Prosecutions added Ms Ntambi to the charge sheet that already has Mr Mujuni Mpitsi, the Secretary to the Commission; Olwor Sunday Nicholas, the Undersecretary; Moses Mugabe, a Senior Monitoring and Evaluation Officer and Byangire Harriet, a Senior Accountant. Others are: Edith Kamahoro, a Senior Personal Secretary; Kwesiga Ronnie, an Accounts Assistant; Jjemba Evans, the Principle Compliance Officer; Kwihangana Manasseh, a Senior Compliance Officer and Sarah Nassanga an Office Attendant.

All the 9 officials were charged before the same court last year and have been undergoing trial.

According to the full details of the charge sheet presented before the court in Kololo, the officials face 25 corruption-related cases ranging from causing financial loss, conspiracy to defraud, embezzlement, corruption and abuse of office.

Ms Ntambi, Ms Kamahoro and Mr Mpitsi between January 6, 2019 and April 30, 2019, allegedly conspired to defraud the government of more than Shs 9m.