NTUNGAMO – The State Minister for Labour Mwesigwa Rukutana has on Monday, September 7 been charged with attempted murder in a Ntungamo court.

Mr. Rukutana who spent the weekend in detention at Mbarara police following a confrontation in Ntungamo which left a supporter of an opponent injured has also been charged with causing bodily harm and malicious damage.

He was on Monday afternoon charged together with three of his bodyguards before the Ntungamo Magistrates Court and remanded to Kyamugorani prison in Mbarara until Tuesday, when they can apply for bail.

The three were remanded by Ntungamo Magistrate Grade One, Namayanja Nazifah. 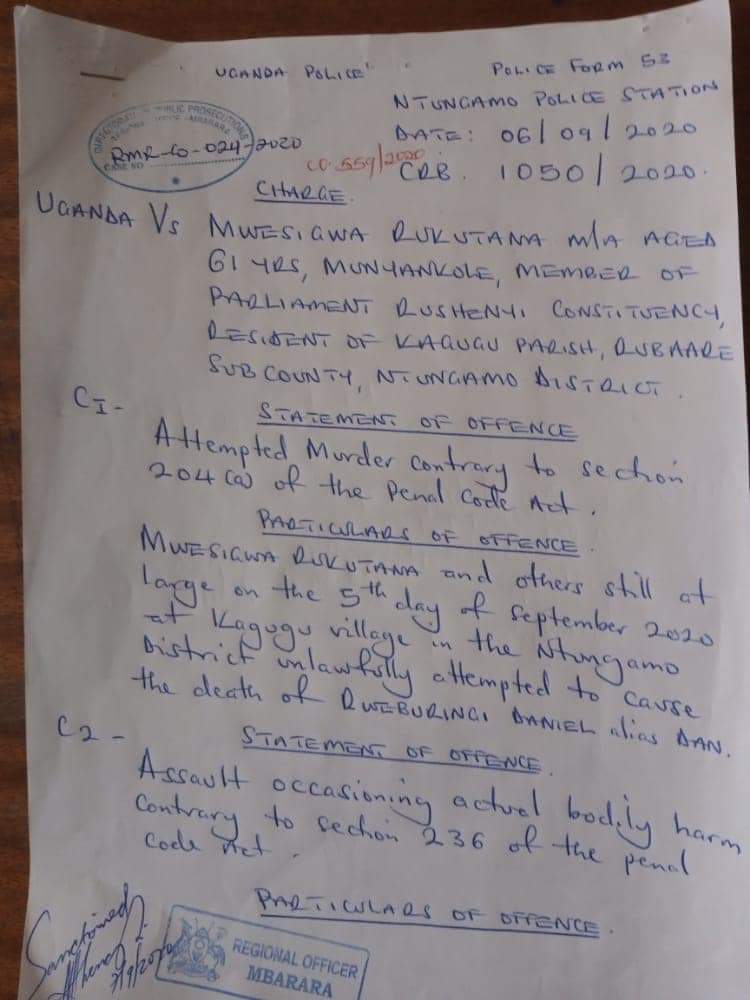 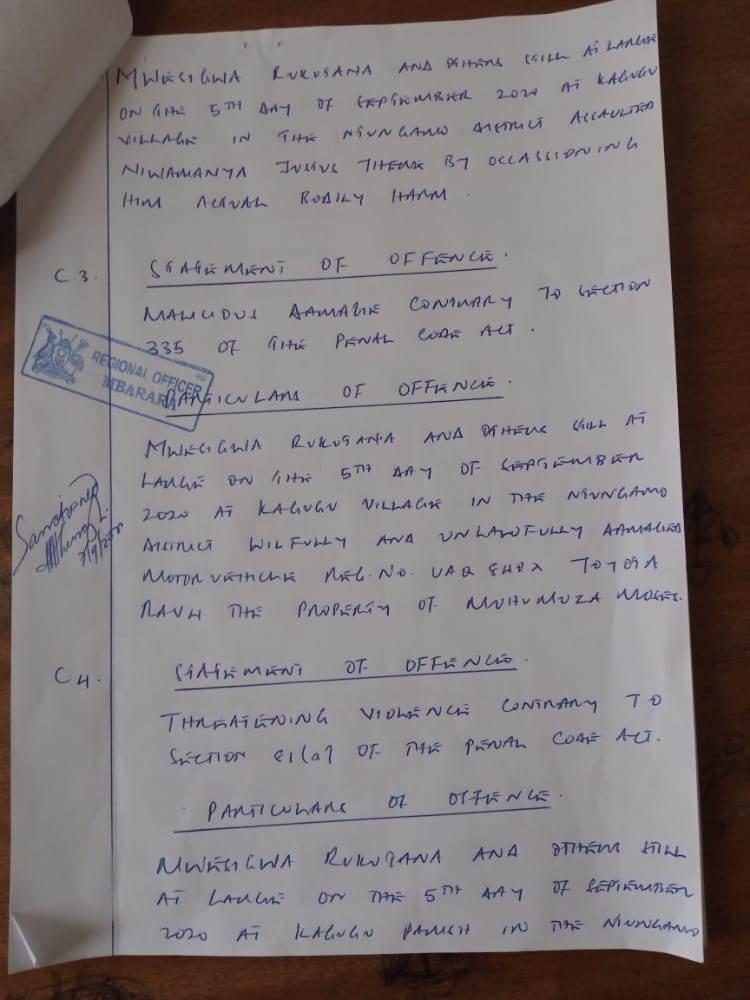 Predident Museveni in an early Monday morning Twitter thread seemingly disturbed by the violence and cheating in Friday’s NRM party primaries for MP flagbearers indicated that the Minister and several others who caused violence countrywide would face criminal prosecution.

“The cheating in the NRM Primaries is over. Those who beat People, like in Bukono, are all in jail or on the run. Minister Rukutana is in jail and will be prosecuted. They will be fully accountable with robust charges: assault, attempted murder, murder etc”.

Mr. Rukutana was arrested on Saturday afternoon from his Rushenyi home with deputy police spokesperson Polly Namaye saying the minister, and three of his bodyguards would face attempted murder charges, among others.

Mr Rukutana was arrested after a reported shooting incident which left Mr. Dan Rwiburingi with serious head injuries as the Minister tussled for the NRM flag for Rushenyi County against veteran politician Naome Kabasharira.

The Minister who now says he never released bullets on to the victims as earlier reported has since lost the election too, as he cools in police jail.

Mr Rwiburingi also says he was hit with another object in the head and not a bullet.

Mr. Rukutana drew nationwide condemnation when he was on Saturday morning pictured in the ugly incident, seizing a rifle from a bodyguard and threatening toh shoot.