According to the official university social media pages, the cause of the fire is not yet known.

The fire brigade is reportedly on ground trying to put out the fire.

“The Main Building – Ivory Tower has caught fire. The fire brigade is on ground.
The Police Fire Brigade is trying to put out the fire which has now covered almost half of the roof. It’s a trying moment for us,” reads a post from the university social media pages.

“Everyone is trying their best. The fire is heavy and sprouting from the right side of the Building. The fire flames are heavy coming through right side of the roof which has sunk in. We all need to pray for the Ivory Tower,” the post reads further.

The Main Building was completed in 1941 under the leadership of Mr. George C. Turner, Principal, Makerere College (1939-46). 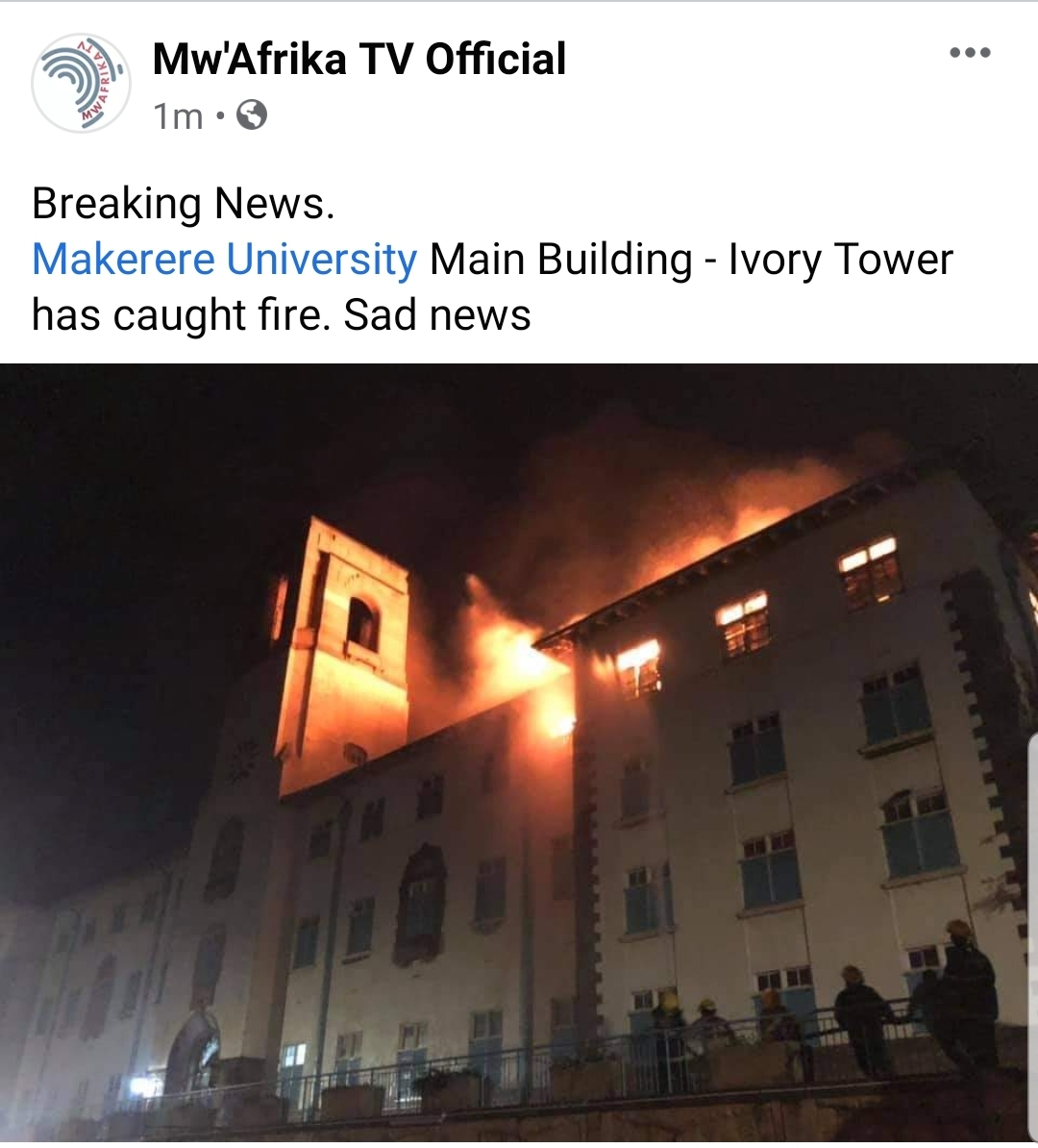 Earlier in 1938, the Duke of Gloucester, representing His Majesty King George VI had cut the first sod for the construction of the building on November 3.

The Main Building with its unique 20th century British architecture is easily Makerere’s most recognisable symbol and was constructed with funds from the Colonial Development bourse.

The building’s construction was greatly delayed by a scarcity of resources to purchase materials as Britain and her allies grappled with the expenses of World War II.

As a result, some of the carpentry work had to be done on-site at the Technical College.