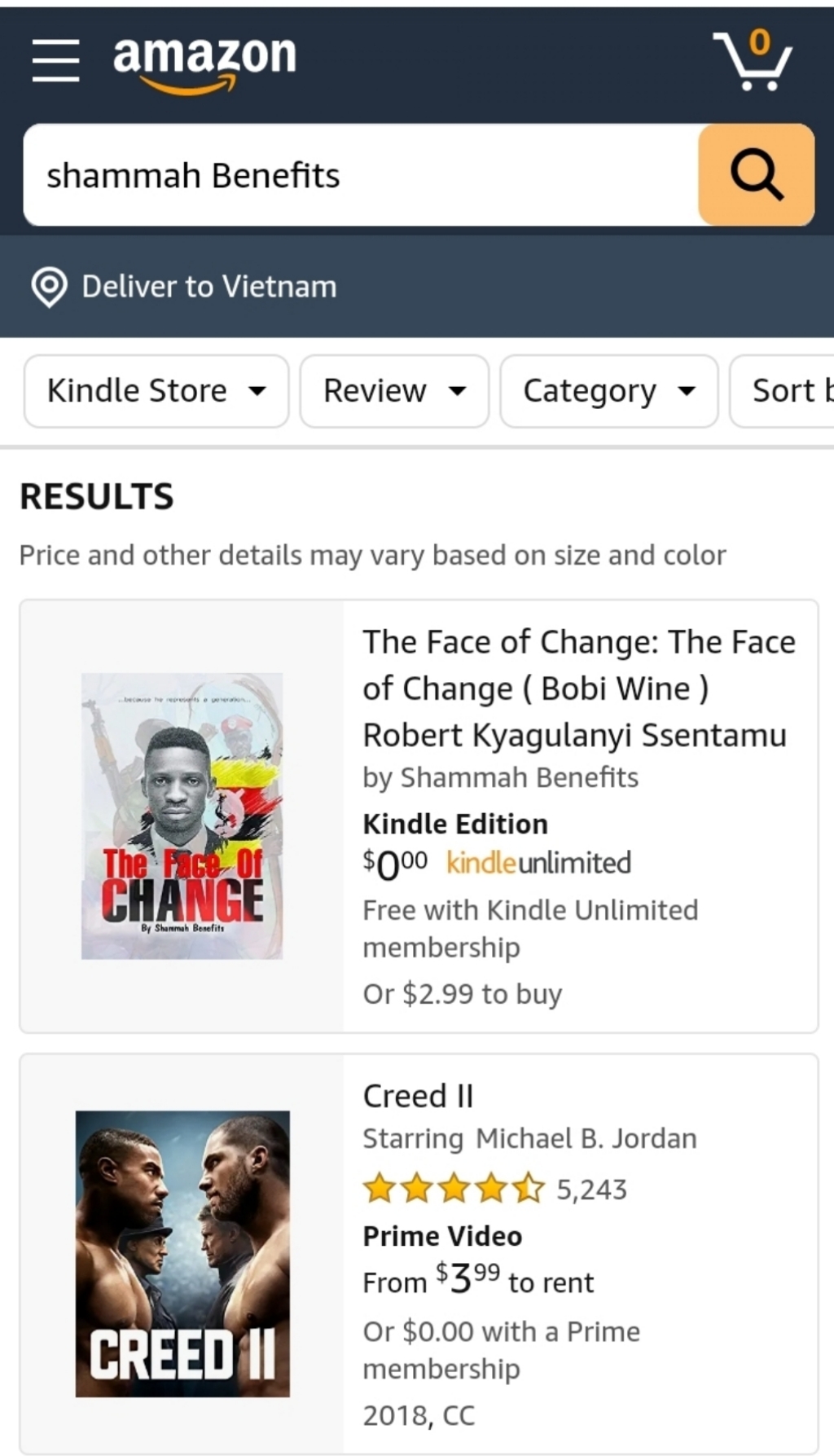 KAMPALA — The Face of Change was written by Shammah Benefits, a renown human rights activist and writer,The main subject being Robert Kyagulanyi Ssentamu (BOBI WINE) . The book has continued registering more success on the international scene as NOT more than 1 week ago it was published on America’s top publisher “LULU” , This week The Face of Change was selected by Amazon.com INC, (the world’s leading e-commerce website) to feature in the KDP select programme where a book is selected for promotion and given special coverage for a period of 90 days (3 months) on all amazon sites including; Australia, Brazil, Canada, China, France, Germany, India, Italy, Japan, Mexico, Netherlands, Spain, United Kingdom, United States,Sweden.
Amazon.com, Inc. is an American multinational technology company based in Seattle, Washington, which focuses on e-commerce, cloud computing, digital streaming, and artificial intelligence. It is considered one of the Big Four companies in the U.S. information technology industry, along with Google, Apple, and Facebook. The company has been referred to as “one of the most influential economic and cultural forces in the world”, as well as the world’s most valuable brand.
speaking to us , Shammah Benefits (The Author) said ” I received an email from Amazon on Saturday (26th-September) informing me that my book had been selected for the Kindle select programme but i didn’t believe it” shammah continued “I had to check Amazon’s website on my office desktop to see if it was true, i’m super excited”
Amazon recognition is every writer’s dream in the world right now. and I can predict this book will reach Amazon best seller by the end of this year. The subject “Bobi Wine ” has attracted more readers and shammah benefits and doesn’t regret writing about him. 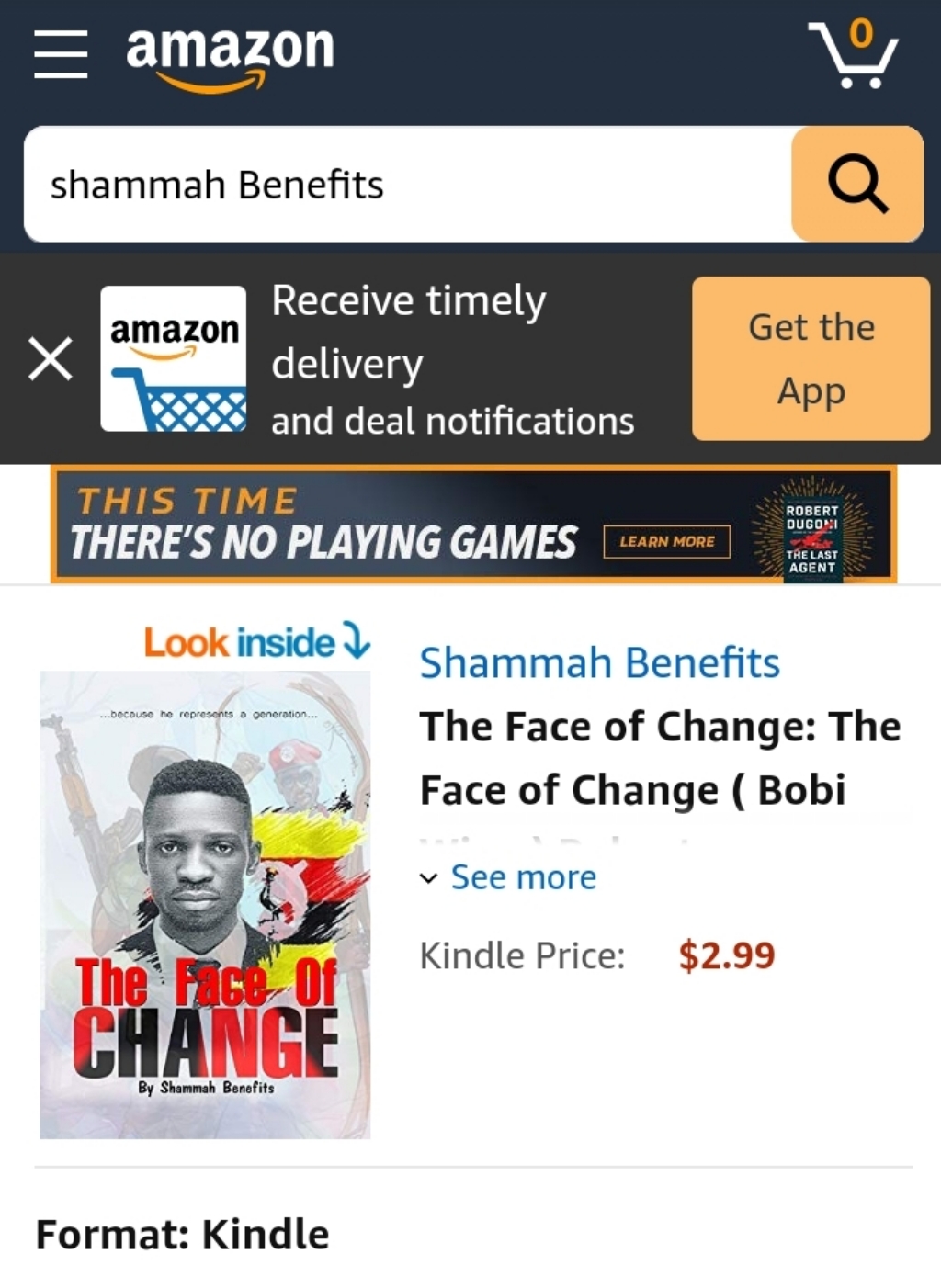 In “The Face of Change”  shammah wrote about Bobi Wine’s political journey since he went to parliament through the OTT tax times, the Arua saga which claimed Kyagulanyi’s driver’s life, his declaration to run for presidency in 2021 elections to registering a party (National Unity Platform)