KAMPALA — Senior police commanders are expected to appear before the Chief Magistrates Court of Mityana District on Wednesday August 5 to answer to charges of alleged torture.

The officers including Wamala regional police commander Bob Kagarura and Elly Womanya who commands Special Investigations Unit (SIU) are charged in connection with the recent brutality of youthful opposition figure, Mityana Municipality Member of Parliament Francis Zaake who were allegedly beaten by the police.

The duo is charged alongside of other senior police commanders including Mityana District police commander Mr Alex Mwiine, the officer-in-charge of SIU, Mr Musa Walugembe, and Mr Twesigye Hamdan, an investigating officer at SIU.

MP Zaake filed three counts of torture, one count of disobedience of lawful orders, and one count of unreasonable detention against the police officers.

He alleges that these officers tortured him through actions including punching, kicking and pepper-spraying him, as well as tying and forcing him to assume a fixed and stressful body position.

Many legal practitioners reasoned that duo failed to respect the rule of law for which they are supposed to defend.

Both governing and opposition MPs condemned the police’s actions on the MP.

The officers who face 15 year punishment and dismissal from the force are facing similar charges with the head of the Chieftanancy of Military Intelligence, Mr. Abel Kandiho, in the High Court Civil Division Court.

Zaake was arrested on April 19 from his home at Buswabulongo in Mityana municipality for allegedly endangering the lives of the people by distributing food despite the ban of the same by President Yoweri Museveni.

Zaake now wants the respondents to be found in contempt of court when they failed to release him despite the order from the Nakawa Chief magistrate.

He also wants to be compensated for punitive and aggravated harm that was caused to him by the arrest, detention and torture. 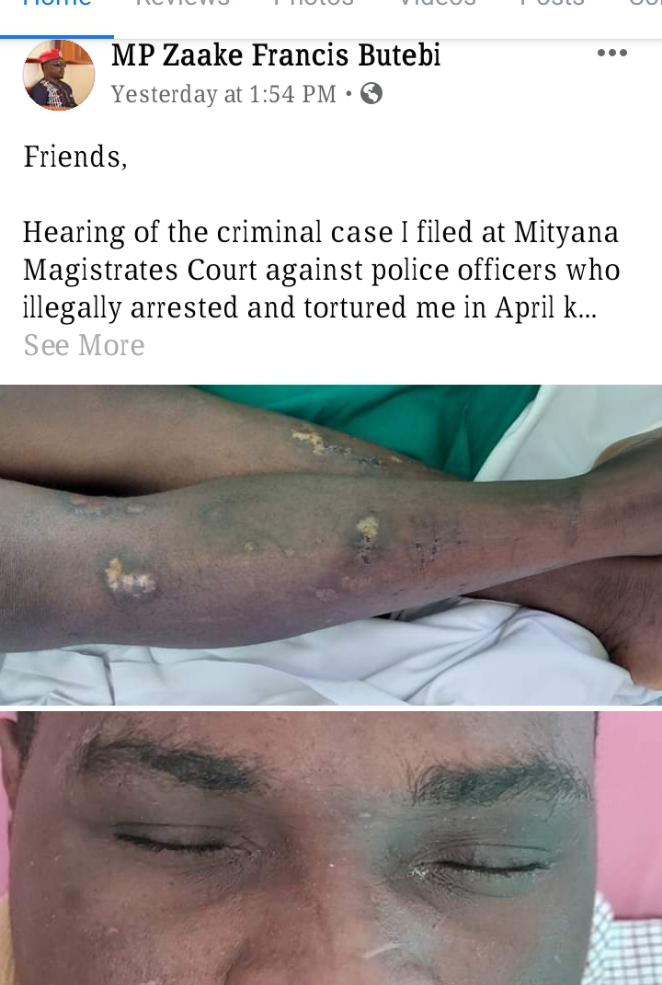 In his affidavit in support of the application, the MP alleges that his UGX 15million meant for supporting his constituents was stolen from his bedroom in the process of searching his house by policemen on orders of the DPC.

This was not the first time that Zaake has been allegedly tortured at the hands of the security. He suffered Similar treatment during the infamous arrests that preceded the election of Kassiano Wadri as the member of parliament for Arua Municipality.

Umeme turns up the heat on electricity thieves in Bukedi region