KAMPALA – A section of Ugandan musicians, music promoters and comedians have come out to pledge their support and loyalty to the presidential hopeful Kyagulanyi Ssentamu in the fourth coming general elections.

The artists, some of which are looking at several political positions at the different electoral levels announced their loyalty to Kyagulanyi at the NUP Party headquarters in Kamyokya on Tuesday afternoon.

While presenting the artists to the party leader in Kamwokya, the Head of arts and entertainment in NUP, singer Ali Bukenya also known by his stage name Nubian Lee said the country is in the state where people have started to realise the importance of performing artistes.

“We are not just musicians but a mirror to society. Today I am so obliged that many talents have chosen to be part of the struggle; dj’s, artists, comedians, radio and television personalities. For the very first time NUP has been the first party to recognise the power of talents,” he said adding that no one of the artists had been coerced into coming to pick NUP membership cards.

Kyagulanyi who flanked Nubian Lee handing over membership cards to the artists said he was sure when he talked of the music industry having more politics than the parliament.

“Over the years they have been calling us badongo and yes we are because obudongo comes from music but it excites me to know what we are all after. We are not here to joke or to organise a concert, we are preparing to head this country,”Kyagulanyi said emphasising how he was more than proud of the artists than they could imagine for joining him.

“God must have intended to get through us the artists to liberate Uganda. Over time, our oppressors intended to disconnect us from what we are and what we can achieve with it. It gives me courage knowing that what I believe in can be sowed in my fellow performing artists.”

Singer Geoffrey Lutaaya who also declared his intent to represent Kakuuto Constituency in parliament today after coming out under NUP said Kyagulanyi represents the oppressed and that is why he is joining him. 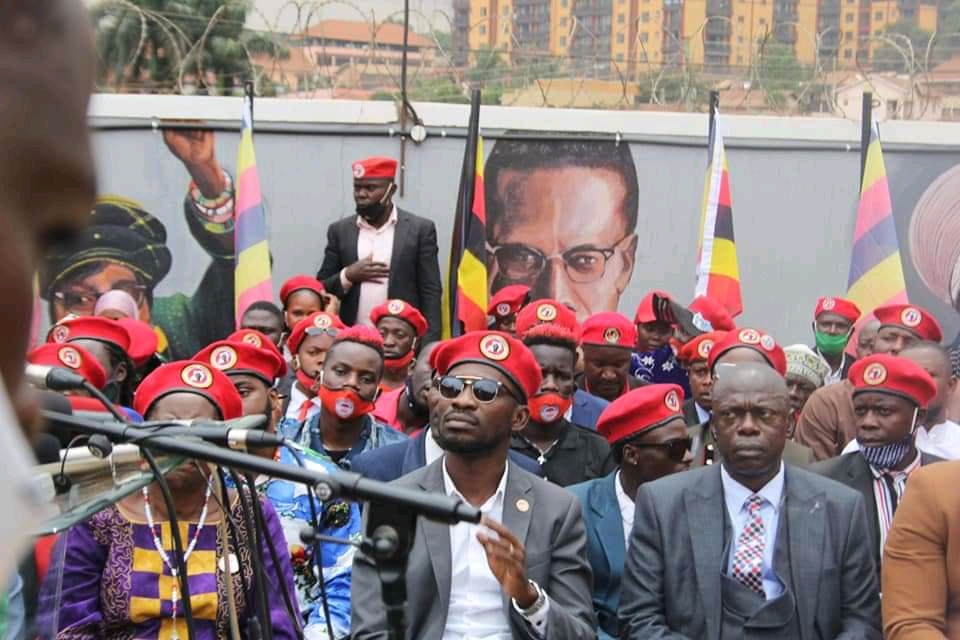 “The oppressed are the biggest number for instance where I come from Kakuuto, there is imbalance in the distribution of social amenities in the rural areas. They are distributed inequitably and that is why we have come in to save the situation to show we are a different generation that is out to end oppression,” he said.