KAMPALA – The Ministry of health announced the death of two of it’s temporary staff who were involved in a motor accident along Kapchorwa-Mbale highway on July 19, 2020.

“The driver Mukisa was employed with Acacia Safaris Limited died on spot where as Dairo a temporary monitoring and evaluation officer at MoH died later while being evacuated to Make Regional Referral Hospital for management,” he said in a statement.

He noted that the third occupant Ahumuza Ronald survived with a fractured collar bone and he is in a stable condition at Mbale Regional Referral Hospital for further management. 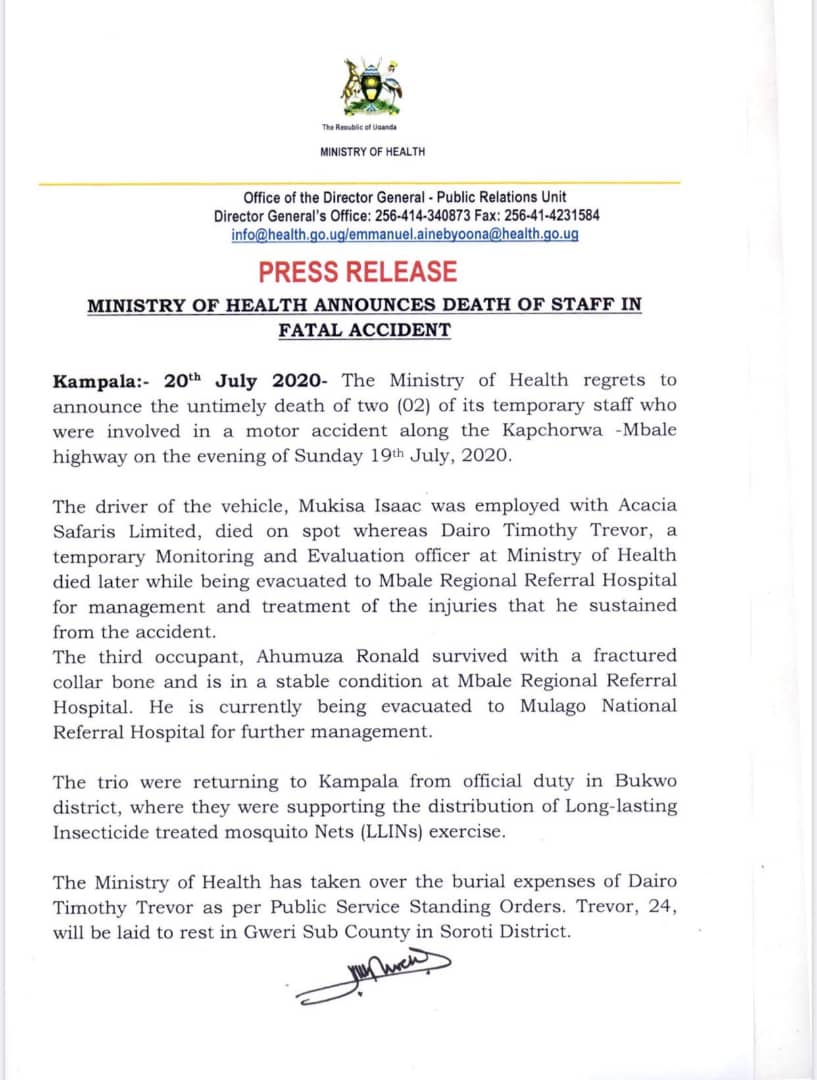 “The trio were returning to Kampala from official duty in Buikwe where they were supporting the distribution of long lasting insecticide treated mosquito nets exercise,” reads an excerpt.

According to Dr Mwebesa, they will take over the burial expenses of Dairo as per the public service standing orders and he will be laid to rest in Gweri Subcounty in Soroti district.

He added that Acacia Safaris has agreed to handle the burial arrangements for the late Mukasa.

“The Management and staff of the Ministry of health would like to extend their deepest and heartfelt condolences to the families, relatives and friends upon the irreparable losses. We pray that the Almighty God grants the affeted families to go through these trying moments,” Dr Mwebesa wrote.