KAMPALA — Approximately 1500 units of blood are required every day in Uganda for the transfusion of pregnant women, young children, accident victims and cancer patients. Unfortunately, not everybody who needs blood gets it.

According to the statistics, 17 people out of every hundred who need blood never get it; and some even die due to perennial blood shortages in the country and bottle necks in processing.

Rotary Uganda Blood Bank Program in February of this year through the Rotary Transformational Leadership Forum and Concert 2020 under the theme ‘United By Blood’ set out to raise funds towards equipping the Mengo Hospital Rotary Mengo Blood Bank featured an array of prominent and inspirational internationally acclaimed speakers including H.E. Dominic Barton, Canada’s Ambassador to China; Professor PLO Lumumba from Kenya; Nabou Fall from Ivory Coast, Mr Edgar Kasenene as well as the permanent secretary to Ministry of Health Uganda Dr Diana Atwine.

Today as a true testament to what we set out to do we are handing over proceeds from this initiative the ACHU-CHECK I 1000 Machine a testing machine that has the capacity of testing blood for infections like Syphilis, HIV and Hepatitis B&C and can run about 500 samples a day reducing the turnaround time that’s required to process blood, relieving the one machine that’s been used at the Uganda Transfusion Services at the Nakasero Blood bank. With this machine at the Mengo Hospital Rotary Blood bank, blood can be collected tested and made available to anyone that’s in need of it reducing the delays associated with blood shortage in the country.

The cost of the machine and its reagents was procured from Abbott a renown Germany manufacturing medical equipment company at a cost of USD 166,369 (United States Dollars One Hundred and Sixty-Six Thousand Three hundred and sixty-Nine Thousand) and makes this the second machine in the Country alongside the one run by the Blood Transfusion services in Nakasero. 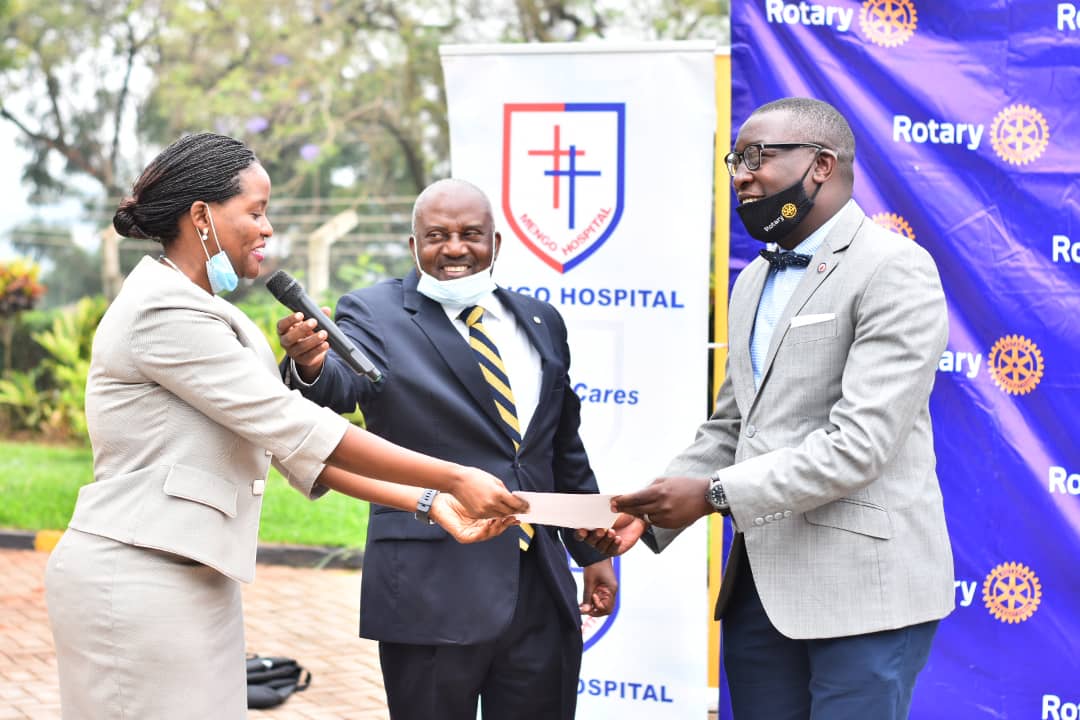 This will help ease the pressure, ease delay and reduce the number of days waiting for people that require blood in the country. “In six hours now blood can be processed after donation and given to a person that requires it because of this testing machine, this machine now completes the blood processing cycle” said Ronald Kawaddwa, Chairman of the Board at the Mengo Hospital Rotary Blood Bank.

Last year under the same initiative Rotary Uganda Blood Bank Program under the Transformational Leadership Forum under the leadership of Past District Governor Emmanuel Katongle who is also its chairman and board of trustees was able to raise a blood separation machine at the cost of USD 64,000 (United States Dollars Six Four Thousand) and all initiatives aimed at equipping the Rotary Blood Bank at Mengo Hospital.

The hand over event was presided over by the chief guest Ms Anne Juuko the Chief Executive Officer Stanbic Bank, Dr Rose Mutumba Medical Director Mengo Hospital, Past District Governor Emmanuel Katongle who is the Chairman Board of Trustees and Past Assistant Governor Ronald Kawaddwa Chairman Board of Directors both of the Rotary Mengo Blood bank. 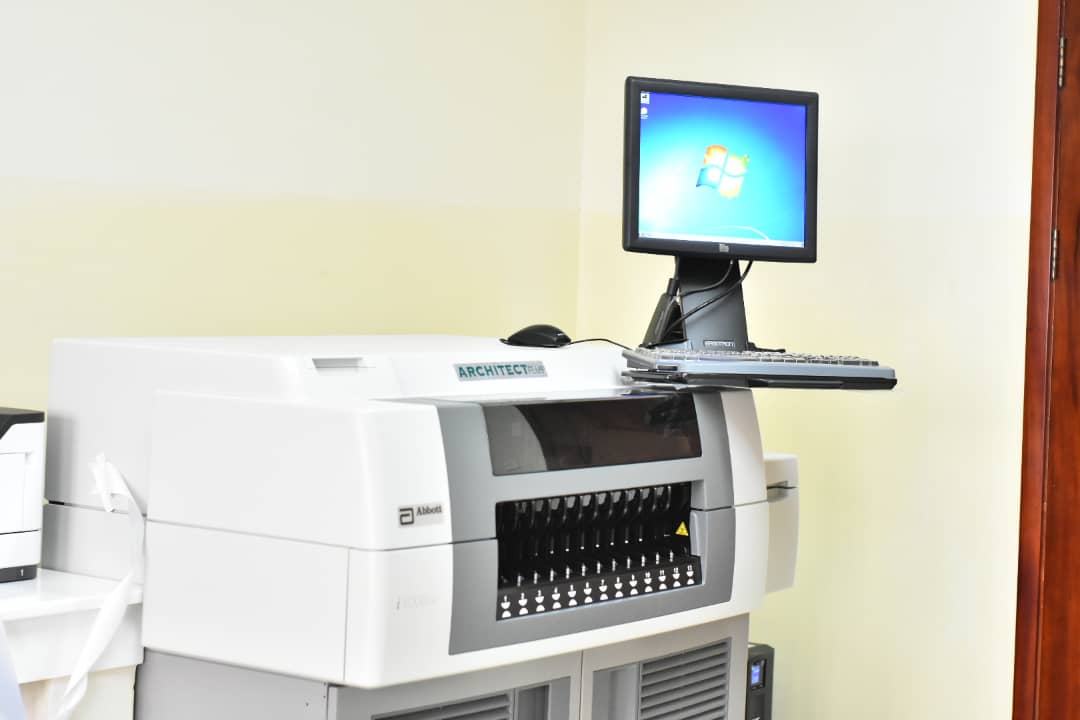 This initiative and nonprofit cause to touch and save lives were majorly supported and sponsored by Stanbic Bank, MTN, NITA, ABSA Bank, MultiChoice and Grant Thornton