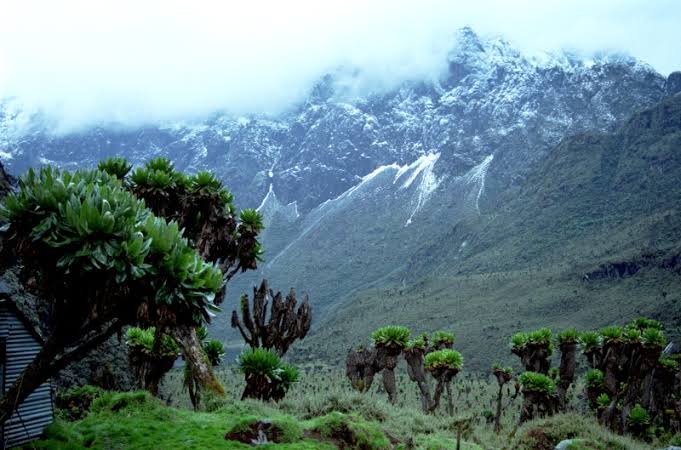 The park which covers the districts of Kasese, Kabarole, Bunyangabu, Bundibugyo and Ntoroko has received undisclosed amount of funds from Hempel Foundation, a Danish agency to restore the park that spans the breath of the populace—from the highest levels of government to local communities.

The Wild Wide Fund for nature (WWF) who will implement the project to restore degraded landscapes and bring back life-giving ecosystem services and biodiversity.

Mr. Daniel Ndizihiwe, the Project Manager says the park’s biodiversity is under threat— citing massive poaching, climate change, and degradation of natural resources in buffer zone— leading to increased pressure on its landscape.

Agricultural expansion continues to be the main driver of deforestation and forest degradation and the associated loss of forest biodiversity at park.

“Subsistence agriculture with limited use of modern technologies is the main household activity for the rural populations. Increasing population pressure combined with poor yields has meant that in many areas agricultural land has expanded up to the park’s boundary and has extended to the use of slopes that are prone to erosion,” he said.

He says insufficient funds to halt such illegal activities has for long seen them unable to effectively manage the park due to limited staff levels among other challenges.

“Limited funding has meant that over the past decade the park has not been able to invest sufficiently in ecological monitoring,” he said adding: “this means that there is little data available on the status of the its flora and fauna.”

Rwenzori National Park Area is known for a unique refuge for a number of species that are endemic to mountain regions including 26 animals and 6 plants but most of these are on national red list of threatened species over harsh climatic conditions.

Once efforts start to rehabilitate landscapes and restore tree diversity, Mr. Ndizihiwe says, the management of the part will put an end to challenges such as charcoal burning, park encroachment and poaching.

He asked communities to interest themselves in joining the project that seeks to restore and sustain diversity, connected habitats among others.

Government though Uganda Wildlife Authority (UWA) gives back 20% of its annual park gate collections to the communities neighboring the national parks under the revenue sharing scheme.

Tourism revenue is playing a critical role in improving the livelihoods and development of communities around the national parks including Rwenzori.

Funds given to districts under the revenue sharing scheme go to community income-generating projects identified by communities and social service infrastructure such as schools and health facilities.

Rwenzori Mountain National Park lies at the heart of the Greater Virunga Landscape (GVL), which spans the borders of Rwanda, the Democratic Republic of Congo (DRC) and Uganda.

It was created in 1991 and extends over approximately 995km2 along the border between Uganda and DRC.

The GVL itself is one of the most biodiverse places on Earth. It is an interconnected set of protected areas that contains more terrestrial vertebrate species and more endemic and threatened vertebrate species than any other site in Africa.

Oulanyah gets huge boost in bid to take Speaker job

One shot dead as armed robbers raid home, make off with property in Mityana