KAMPALA – There was drama on Tuesday when police stormed the offices of Dr Kizza Besigye’s self-styled People’s Government in bid to block their campaigns of blowing whistles, vuvuzelas, hooting, banging items like saucepans and kettles.

On Monday, during the meeting to announce the coalition of the opposition parties, the two leaders announced that they would block the vuvuzelas at 1pm on Tuesday, 16 June 2020, in protest against government’s mishandling of the response towards the Covid-19 response. 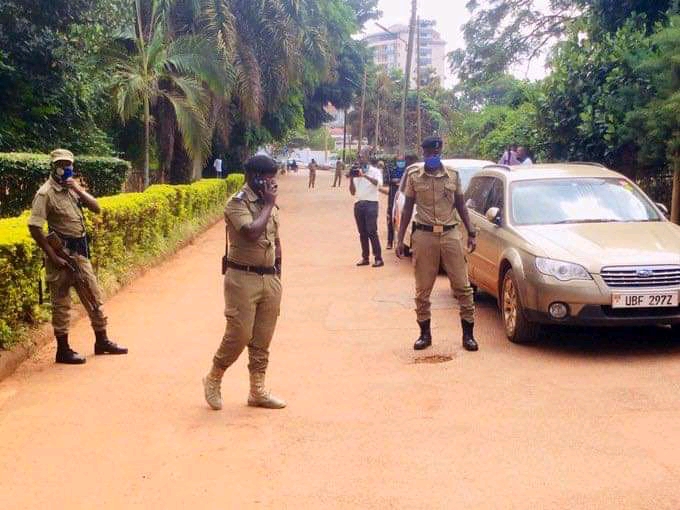 But as it clocked the set time, police stormed the offices and blocked the activists who had started blowing their vuvuzelas.

Dr Besigye and close to 30 activists and FDC politicians then retreated to the offices while police remain in the compound.

By the time of posting this story, the activists were still in the office.