KAMPALA – MTN Uganda has on Monday, May 11 donated UGX41 million towards the Kasese floods victims.

The money according to the company CEO, Mr. Wim Vanhelleputte will be used to buy non-food relief items to support the families that have been displaced.

“Facing such a disaster in these unprecedented times when the globe is grappling with the COVID19 pandemic and the country in a state of lock-down and this prompted the urgent relief from MTN and all other stakeholders to save the lives of people,” he said.

More than 120,000 people mainly from Karusandara sub-county and Bulembia-Kilembe Division were displaced and their crop gardens washed away when River Nyamwamba burst its banks on Thursday Morning.

Additional havoc was caused by overflows from River Nyamughasana, Mubuku, and Lhubiriha.

Known as a food basket for the region, Karusandara sub-county remains submerged, while many of the area residents are now hosted in the six internally displaced people’s camps that were set up in the aftermath.

Other displaced residents mainly mothers are residing in churches, open spaces and at the sub-county headquarters with their children. 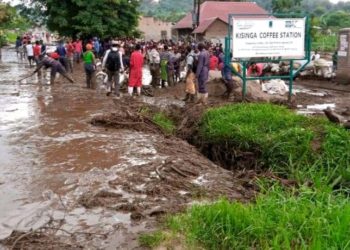 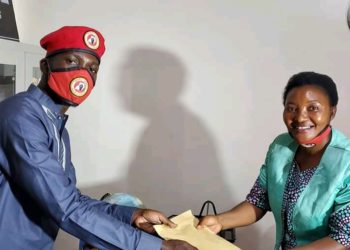