KAMPALA- The dfcu Bank management has confirmed a fraud incident at it’s Ntinda branch, adding that all affected customers have been refunded their money that went missing on their accounts.

In a statement on Friday, the dfcu Bank also confirmed that the staff member in question a one Elizabeth Kyosimire was in police custody.

“The employee in question was apprehended and is currently aiding the police in the ongoing investigations,” reads the statement.

Kampala Metropolitan Police deputy Spokesperson Luke Owoyesigyire told this website on Friday morning that Ms Kyosimire was arrested on May 13 on charges of embezzlement of funds totalling to UGX. 28 million.

According to a statement by the dfcu Bank management, investigations are ongoing into circumstances under which Ms Kyosimire was involved in the fraudulent transfer of funds.
Ms Kyosimire is currently being held at Kiira Rd police station. 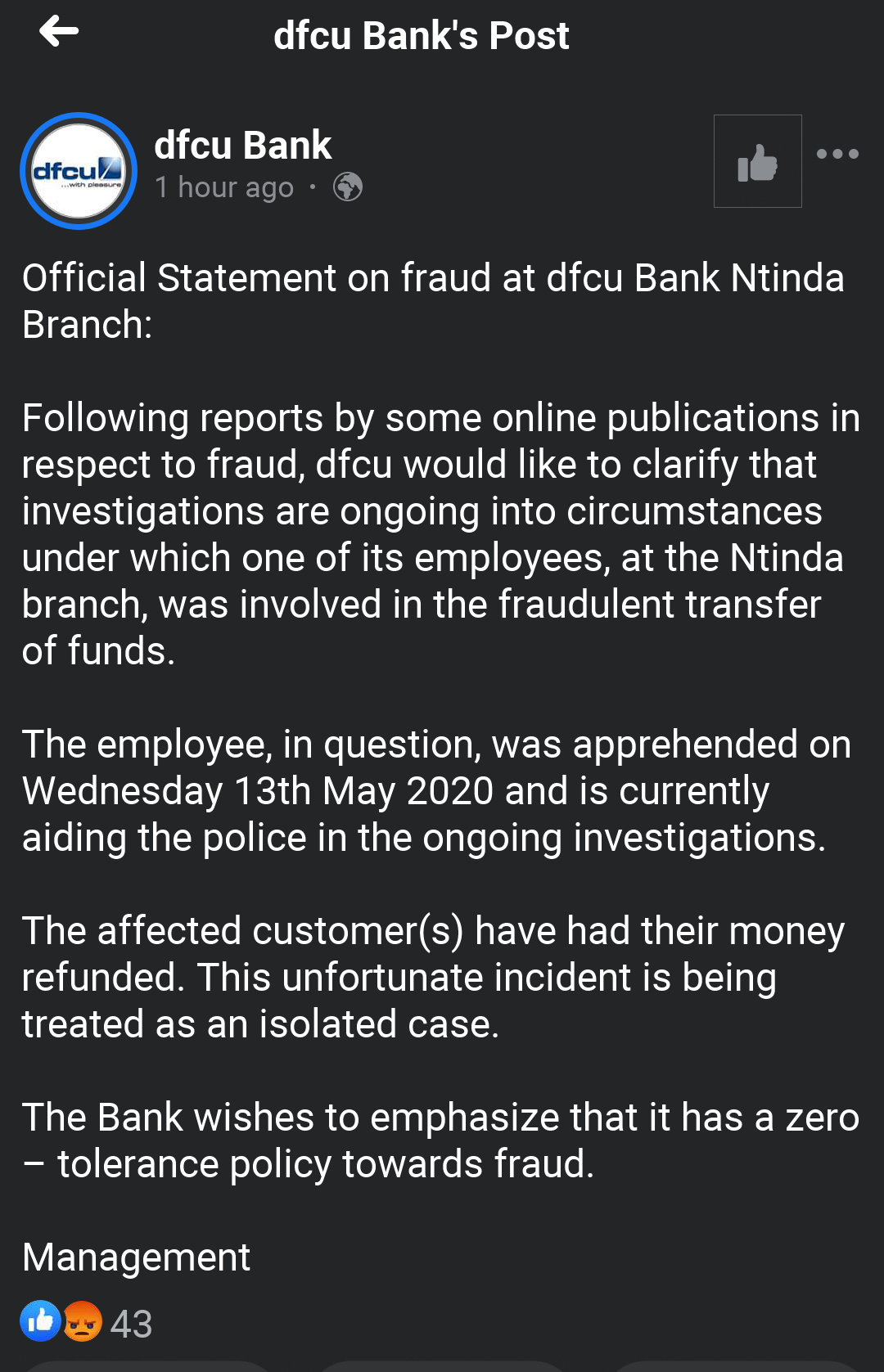 dfcu Bank further noted that the unfortunate incident is being treated as an isolated case.

“The Bank wishes to emphasize that it has a zero tolerance policy towards fraud.”

While presenting at the launch of the Annual Police Crime Report on April 28, the Poluxe Director of CID Grace Akullo said a total number of 13,264 evonomic crime cases were reported in 2019 compared to 15,099 cases reported in 2018, giving a 12.1% decrease.

She noted that obtaining money by false pretence was the highest category reported under Economic Crimes with 10,598 cases.