KAMPALA – President Yoweri Museveni has on Thursday April 9, challenged Ugandans to exercise indoors because of the Coronavirus threat.

The President during his Wednesday night address to the nation banned especially Kampalans from exercising in the public space and said he would send out a demo video on Thursday to prove his point.

Yesterday, I discouraged people who have been jogging in groups, exposing themselves to risk amidst the COVID-19…

In the video released by his press team on Thursday afternoon, the president shares tips on indoor exercising, is seen in a warm up jog and later ours 30 press ups to cap his demo.

“Yesterday, I discouraged people who have been jogging in groups, exposing themselves to risk amidst the COVID-19 pandemic. You do not have to go outdoors to exercise. Here is my demonstration of how you can exercise indoors and stay safe,” reads a caption of the video. 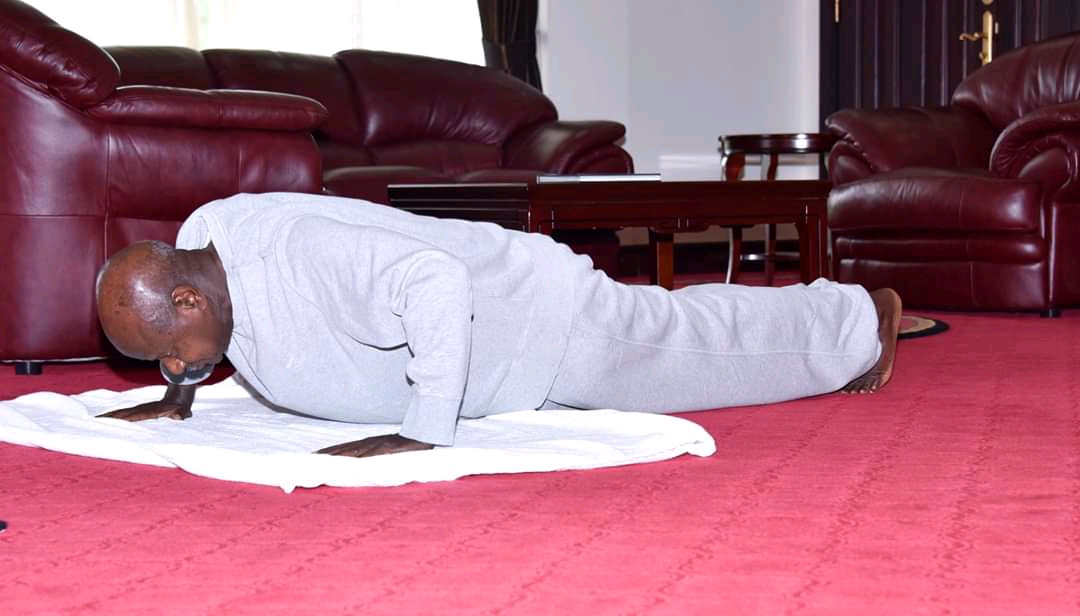 Kampalans especially, had taken to exercising in the public space to shed off the lockdown stress but the President argues the development may become a source of Coronavirus spread the government is trying hard to contain.
He said:
“There should be no exercising in public.
Exercise in your compound or in your room”.