KAMPALA – Kakwenza Rukira, a political activist and writer has been charged for mobilising public against complying with the health directives on combatting coronavirus.

According to the police, Kakwenza who went missing following his abduction from his home in Iganga on Tuesday, April 14, by security agents, citing cyber harassment, misused his Facebook account, posting information that would lead to the spread of COVID-19.

“Kakwenza Rukira Bashaija on 6th day of April 2020 while at Busei A village in Iganga district using a mini – Luveno Laptop Computer S/NO YDO5BOR9 Ideapad 120S – 11IAP, Model 81A4 unlawfully/negligently posted messages on his Facebook account Kakwenza Rukira mobilising the public against complying with directives and the public health guidelines issued to prevent the spread to Covid-19 knowing or having reasons to believe that such actions would lead to further spread of Covid-19 a disease dangerous to human life,” Police said in a statement.

It should be noted that on Monday, April 20, High Court ordered Chieftaincy of Military Intelligence (CMI), Uganda People’s Defence Force (UPDF), Police and Attorney General to produced Kakwenza in court on April 27, 2020, at 11 am without fail. 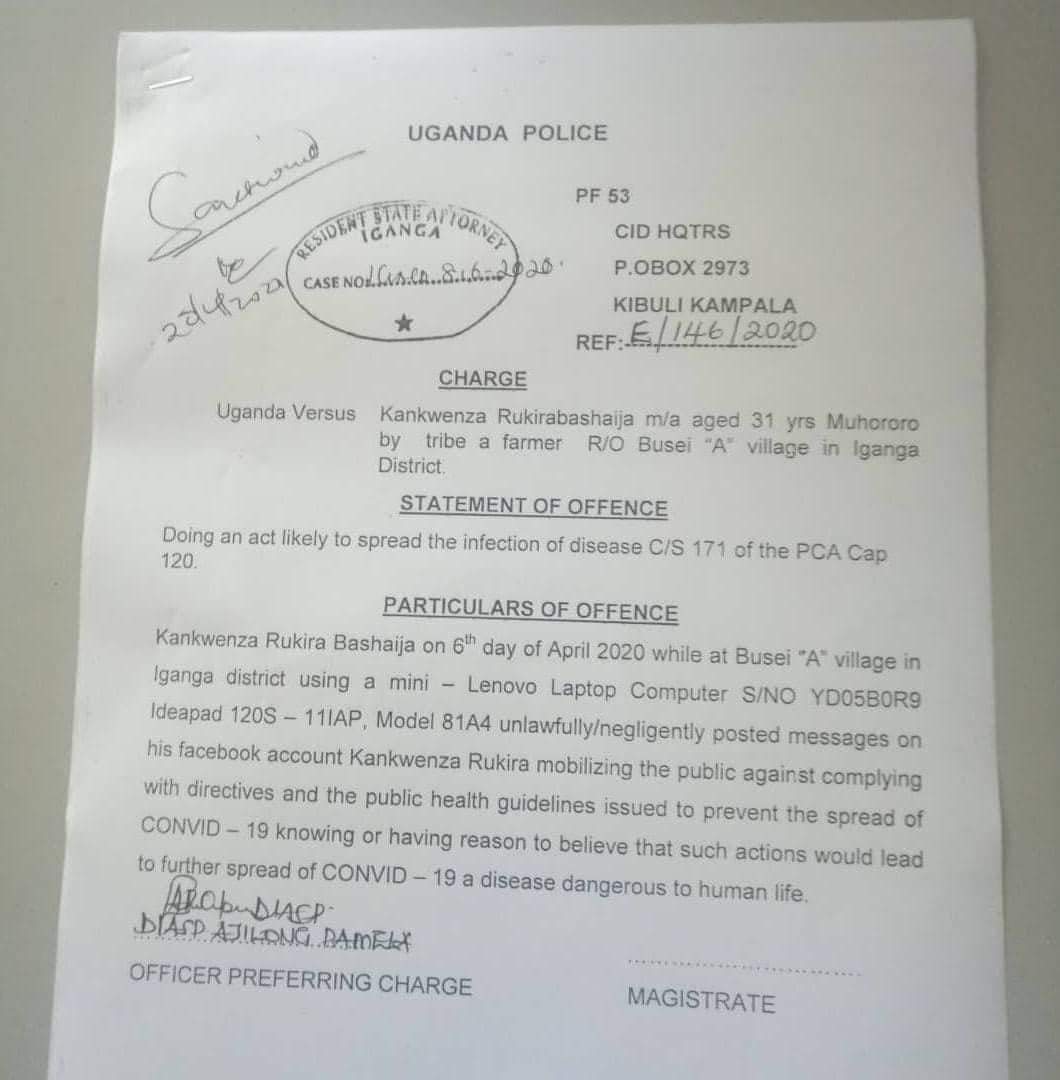 The author of the book GREEDY BARBARIAN was allegedly undergoing psychological and physical torture at CMI in Mbuya for writing a book about Kayibanda.

His friends earlier said that Kakwenza has various connotations that could have upset the current political authorities.

Apparently, only his captors who kidnapped him had access to him without allowing his wife, children, lawyers and or doctors to reach him.