The sacking of Gen. Nyamvumba was announced by Prime Minister Edouard Ngirente in a letter dated Monday April 27.
“Today, 27th April, 2020, President Kagame has removed Gen. Patrick Nyamvumba from his duties as Minister for Internal Security, owing to matters of accountability under investigation,” the statement reads.

Gen. Nyamvumba who is former army chief has been directed to report to Rwanda Defense Forces (RDF) Headquarters pending a full inquiry. 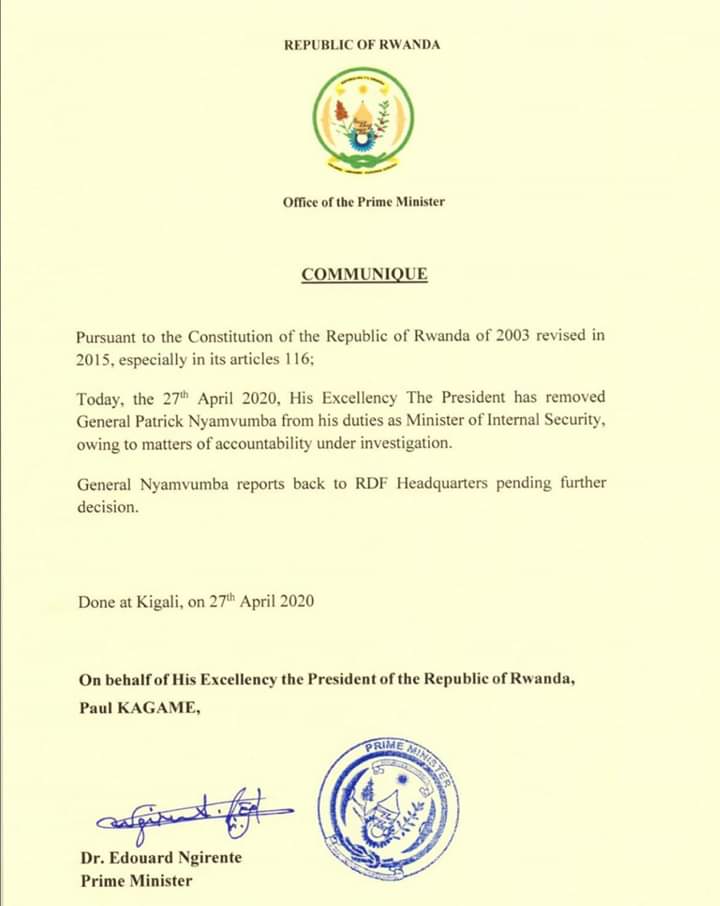 President Kagame had in February hinted at firing more ministers including Gen. Nyamvumba, accusing them of lying, carelessness and indiscipline.

Previously, Gen. Nyamvumba was serving as the Chief of Defence Staff of the Rwanda Defence Force before a shakeup in the top military brass in November 2019 when he was replaced by Gen. Jean Bosco Kazura.
He had served as army chief from 2013-2019.
Prior to that, from 2009 to 2013, he served in Sudan as Force Commander of the AU-UN Hybrid Operation in Darfur (UNAMID).