KAMPALA – Bank of Uganda (BoU) has advertised seven director positions as the central bank moves to enhance its operational efficiency following a number of scandals.

“In the case of the positions of Executive Director, eligible candidates shall be Staff who:Hold a minimum of a Bachelor’s Degree in any of the relevant fields, Hold a Master’s degree in any of the relevant fields from an accredited University, Have served substantively at the rank of Director for a minimum of 2 years and Satisfy the person specifications stated in the job description of the position being applied for,” the advert adds.

In the case of the positions of Director, eligible candidates shall be Staff who Hold a minimum of a Bachelor’s Degree in any of the relevant fields, among other requirements.

All applicants are supposed to have submitted their documents by May 22.

Mary Katarikawe, the executive director of operations, is to be replaced as well.

On a call, the bank’s spokesperson Charity Mugumya said the executives will be retiring this year.

The director of human resource Jan Tibamwenda is also leaving the bank. 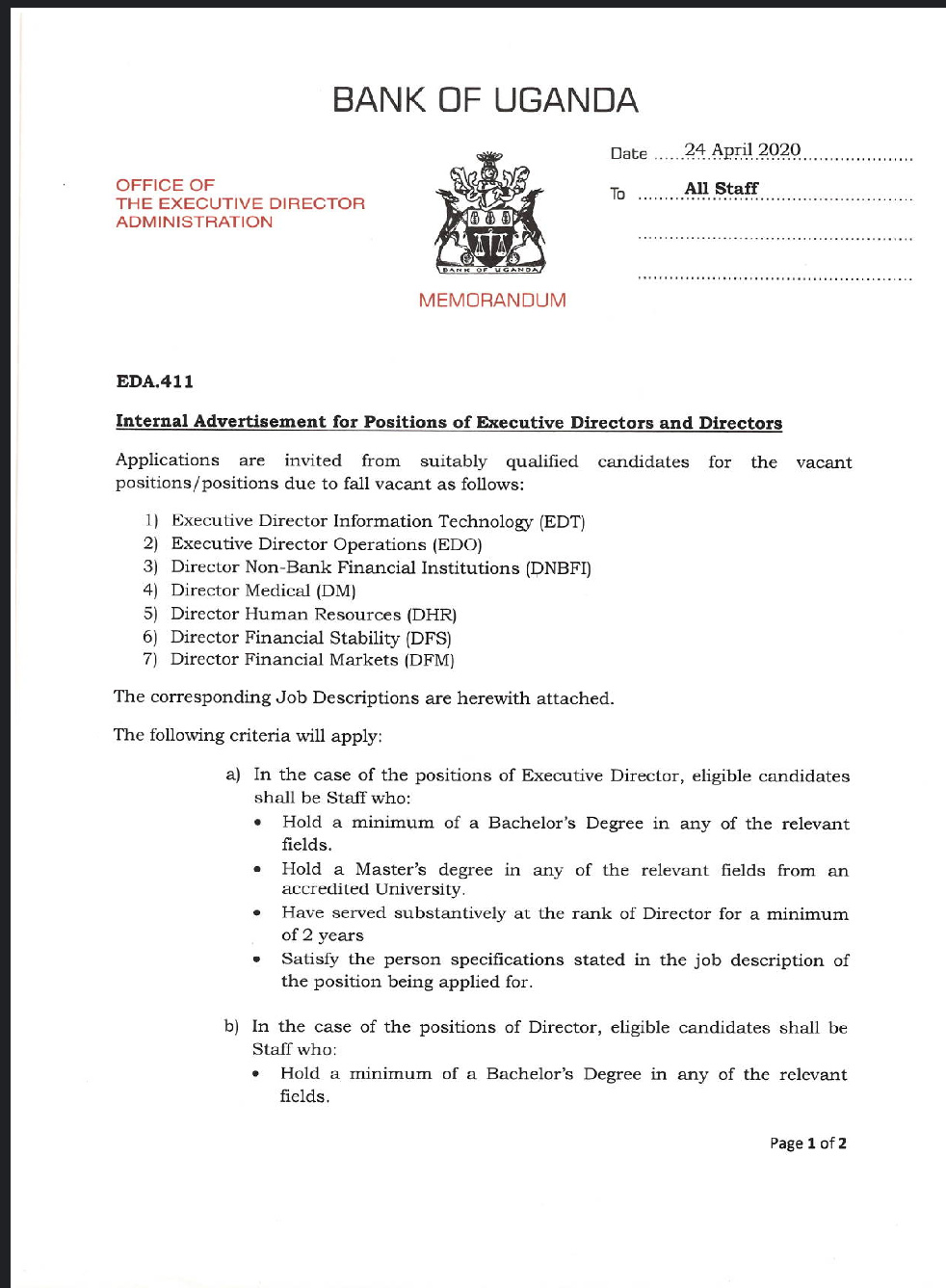 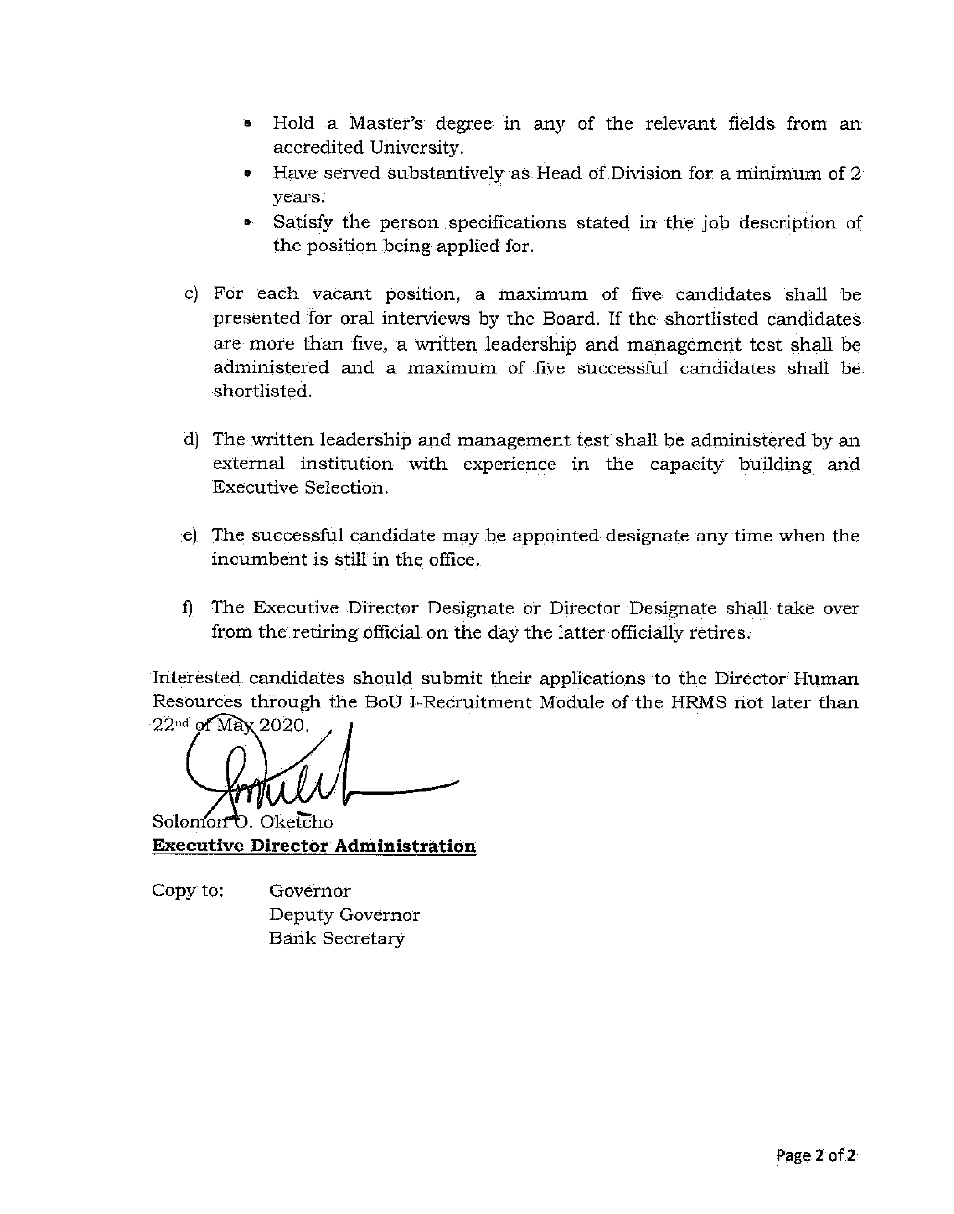 Other positions that have been advertised are directors of financial markets and financial stability, positions that were occupied by Stephen Mulema and Kenneth Egesa, who have since moved to the International Monetary Fund (IMF).

According to the memo, which was signed off by the central bank executive director for administration Solomon Oketcho, the director of currency and economic advisor to the governor, are also leaving.

The Central Bank is already in the limelight after Parliament demanded action against several senior officials for mismanaging the sale of several commercial banks that had become insolvent.

Parliament Committee on Commissions, Statutory Authorities and State Enterprises (COSASE) that investigated into the closure of seven commercial banks by Bank of Uganda confirmed irregularities in the dissolution of banks, exposed mismanagement at the Central Bank and proposed key reforms while providing wholesale recommendations against BoU officials guilty of the prevailing mistakes.

The COSASE report recommended that some shareholders be compensated for the losses. It also recommended that BoU officials (without naming them) who committed the mistakes, be held personally responsible for the mess involving the closure of the banks. The currency saga also cast a dark shadow over the central bank in May following allegations of printing of extra Shs90b and transportation of an authorised cargo on a chartered plane.