“I was pleased to approve his appointment because I knew in him, you couldn’t have found a better choice,” Mr. Kutesa said on Tuesday, March 17 evening during a cocktail to celebrate the appointment of Mr. Ruparelia and opening of the first Nepalese Consular offices at Crane Chambers in Kampala.

Mr. Kutesa, who earlier in the day received Mr. Sudhir’s credentials, was the chief guest at the cocktail also attended by State Minister for international relations Mr. Okello Oryem and Nepalese Ambassador to Egypt Jyabindra Aryal under whose jurisdiction Uganda falls.

Ambassador Jhabindra said that having a mission in Uganda has eased access to Nepalese living in Uganda to consular services.

Mr. Kutesa said the government of Uganda expected relations with Nepal to grow to higher heights with the milestone of a consular office with Mr. Ruparelia, a businessman of longstanding repute behind the initiatives.

“I have every confidence that he will make our relations greater. Dr. Sudhir Ruparelia has got not only the capacity, the interest, but also the means to strengthen the relationship between our two countries,” Mr. Kutesa said. 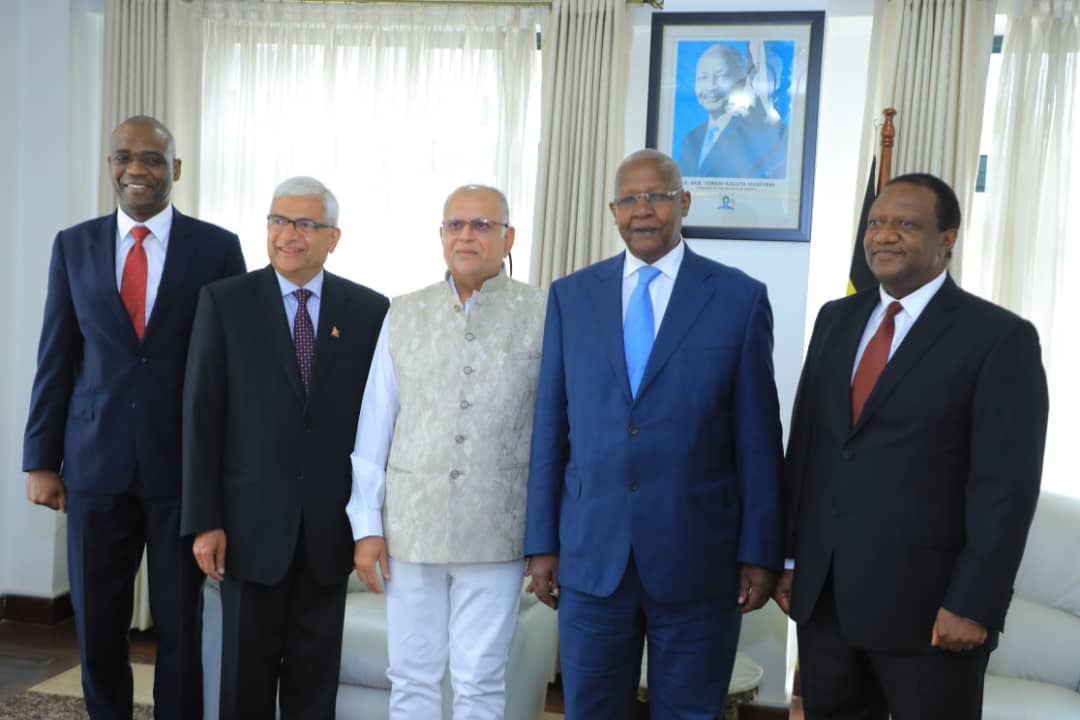 Accompanied to the podium by his wife Joystina, His Excellency Ruparelia promised to create huge business linkages between Uganda and Nepal pledging to promote tourism and trade between the two countries.

Nepal which hosts the Himalaya mountain ranges and Mt. Everest, the tallest mountain in the world is a top tourist destination.