MUBENDE — President Yoweri Museveni has officiated at the commissioning ceremony of Young Officer Cadets, at the Uganda Military Academy—Kabamba (UMAK) in Mubende District.

The Young Officer Course Intake 04 2019/2020, had a total of 613 Young Officer Trainees who trained at both UMAK (343) and Bihanga Training School (270), while two officer cadets were trained in Kenya and the Royal Military Academy Sandhust in the UK. 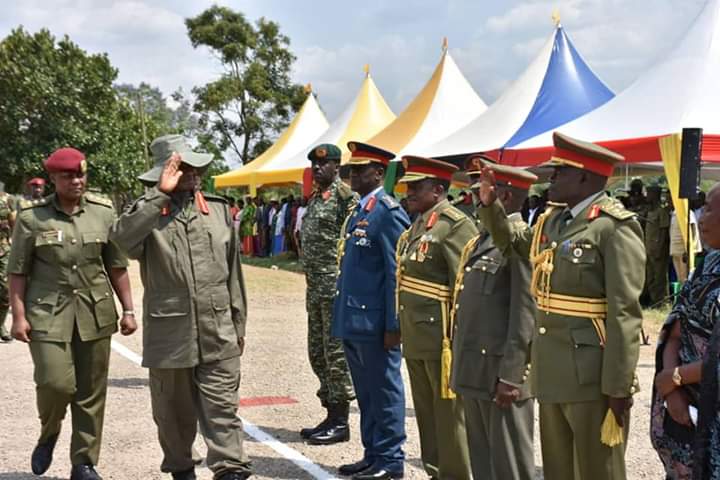 Museveni congratulated the newly commissioned officers and cautioned them to observe both military and personal discipline if they are to avoid career stagnation.

He applauded the increased level of literacy in Uganda, promising that government will tarmac roads inside both training schools and construct more dormitories to better the training environment.

The President, however, warned the commissioned Officers against ill habits like promiscuity, alcoholism, smoking and obesity; saying these impact on the soldiers’ general performance. “You become useful when healthy. Therefore guard against Non Communicable Diseases,” he remarked.

On training, Museveni told the newly commissioned officers that this is the beginning and urged them to read more and attend more courses. 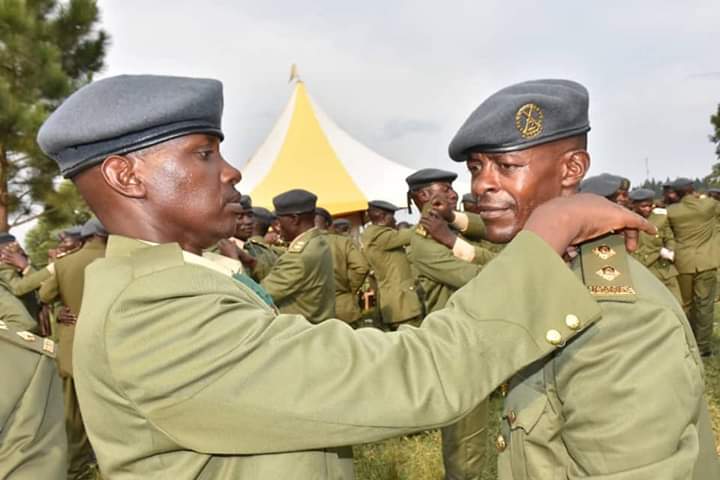 The Chief of Defence Forces Gen David Muhooz said that the event is one of the fruits from the strategic guidance that intends to boost other units and formations.
He implored the young officers to remain loyal, serve diligently, maintain their health and discipline so as to preserve a professional force.

Brig Charles M Byaruhanga, the Commandant of UMAK, informed that the trainees were drawn from the UPDF in-service soldiers majority of whom were senior Non Commissioned Officers (SNCOs) commanding field subunits.
He added that the six months training equipped trainees with basic military skills and knowledge. He congratulated trainees for completing the course and implored them to keep their oath of allegiance through dedication and integrity. 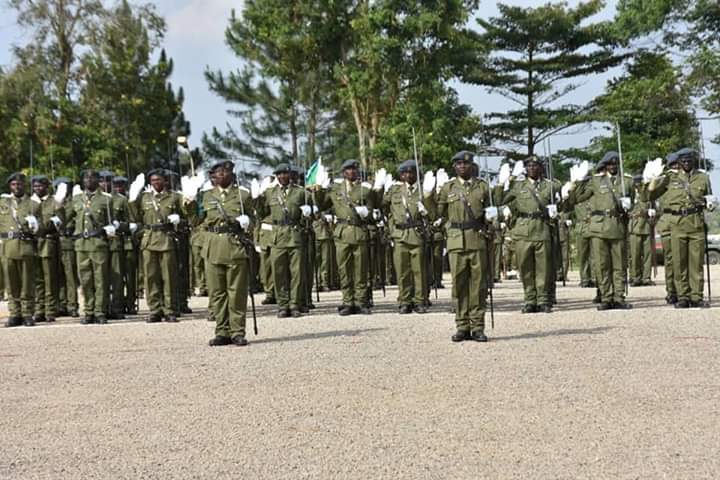 Lt Juliet Kagoya and 2Lt Abel Rwakabaka were the best trainees overall, most disciplined female trainee was Lt Victoria Munaaba, best in field was 2Lt Donald Kanuma, and best in academics was 2Lt John Kageni. These received awards in honor of their distinguished performances during training.