KIGALI — Rwanda’s Ministry of Health has confirmed new 10 people positive for the novel coronavirus bringing the total tally to 70 as of Sunday, March 29.

The new cases include 6 travelers who had arrived in the country from Dubai, UAE, 2 from South Africa, one traveler from Nigeria as well as a frequent in the East African Region.

All patients had been in isolation.

The Ministry of Health said that all 70 patients are in stable condition, and that most of them are without any signs or symptoms of the ailment.

Tracing and tracking of anyone who might have come across any of the 70 patients have also been conducted for further management.

All patients are recovering from a dedicated facility established in the premises of Kanyinya Health Centre in Nyarugenge District. 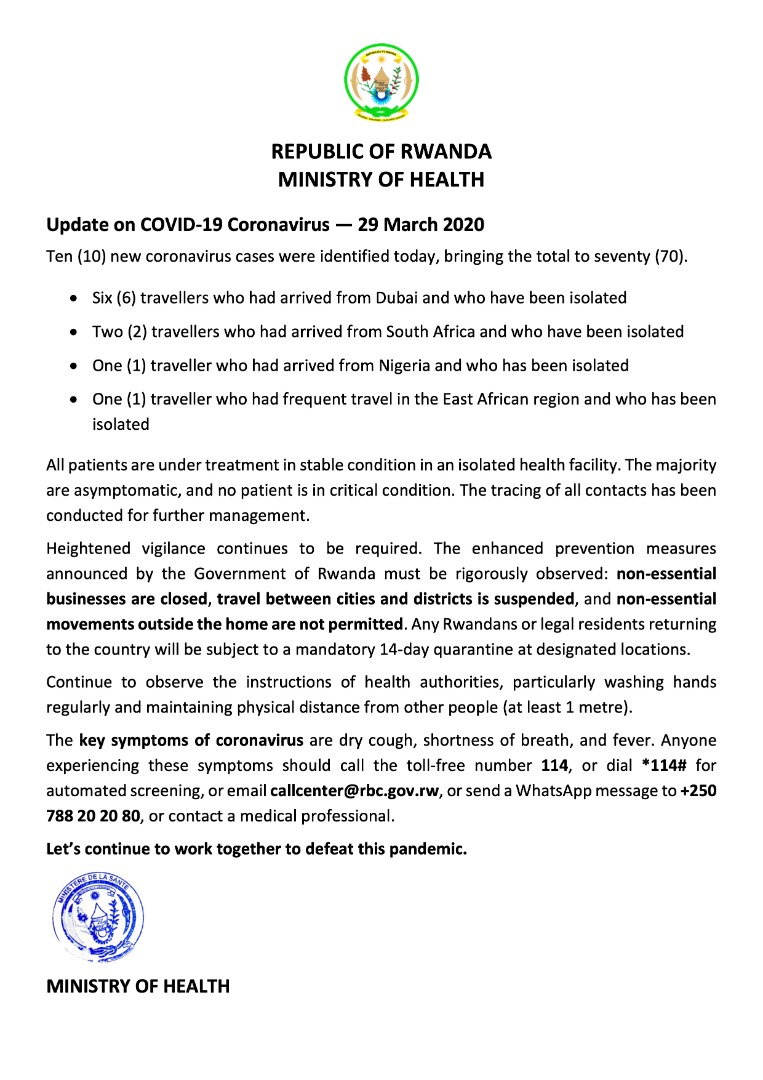 Health experts have allayed fear among Rwandans on the rising number of confirmed cases saying that it is proof of the effectiveness of the efforts to track, trace and test suspected cases.

Rising numbers among those in isolation, experts say, indicates that the tracking and tracing efforts have been productive and reduce the chances of community transmission of the ailment.

The ministry called for heightened vigilance among Rwandans, and rigorous observance of the enhanced prevention measures announced by the government of Rwanda