KAMPALA — The Bank of Uganda announced on Friday, March 27, 2020 the appointment of Dr. Adam Mugume, who has been the Executive Director, Research and Policy as a new acting Deputy Governor.

He is filling the vacancy created by the departure of Dr. Louis Kasekende, whose contract ended in January this year.

Dr. Mugume, who been Executive Director, Research and Policy at Central Bank was appointed at a special meeting held on 27th March 2020

“In exercise of the duties and powers of the board under section 10 of the Bank of Uganda Act (Chapter 51), the board members of the Bank of Uganda, a special meeting held on 27th March 2020 unanimously resolved to designate dr. Adam Mugume to perform the executive function of the Office of the deputy governor until a substantive deputy governor is appointed,” Dr. James Kahoza, the presiding chairman wrote. 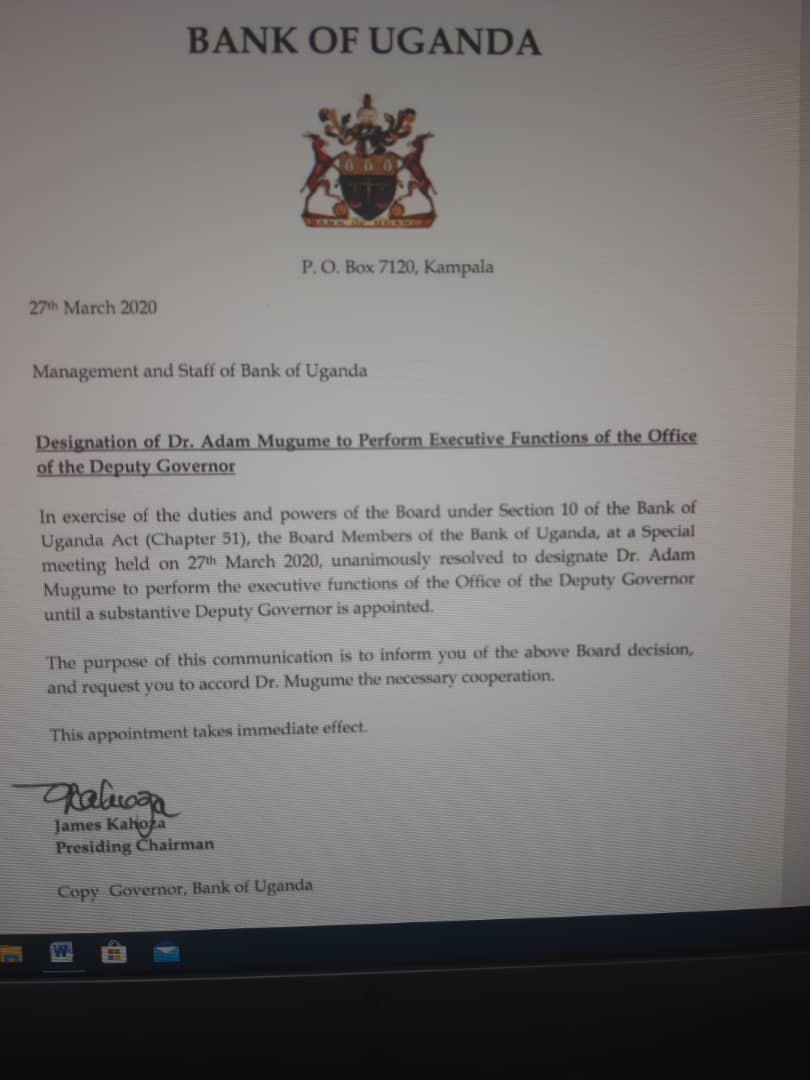 Mr. Kahoza said Dr.Mugume will perform the executive functions of the office of Deputy Governor until a substantive Deputy Governor is appointed by the appointing authority.

He is an economist with a PhD from Oxford University. He taught at Makerere University School of Economics for a long time.