KAMPALA – Former Forum for Democratic Change (FDC) President Kizza Besigye has on Thursday, March 12 made unannounced visit to Kaliro District to inspect Saaka Bridge that collapsed over a year ago, causing at least seven deaths among whom include children, a bride and groom.

The broken Saaka Bridge, washed away by water over a year ago is on the main road that connects Kaliro to Pallisa. Their only form of communication is Balamogi standing on one side of Kaliro and waving to their counterparts in Pallisa.

In 2010, Mulowooza and Brothers Company was contracted to repair the bridge at a cost of UGX9b but the shody work was done leading to serious damages on the bridge.

On the invitation of affected area residents, Dr. Besigye and Sir Simon Muyanga Lutaaya also visited some of the victims of the Fisheries Enforcement Officers that have also terrorised people in the area. The places visited border L. Kyoga. 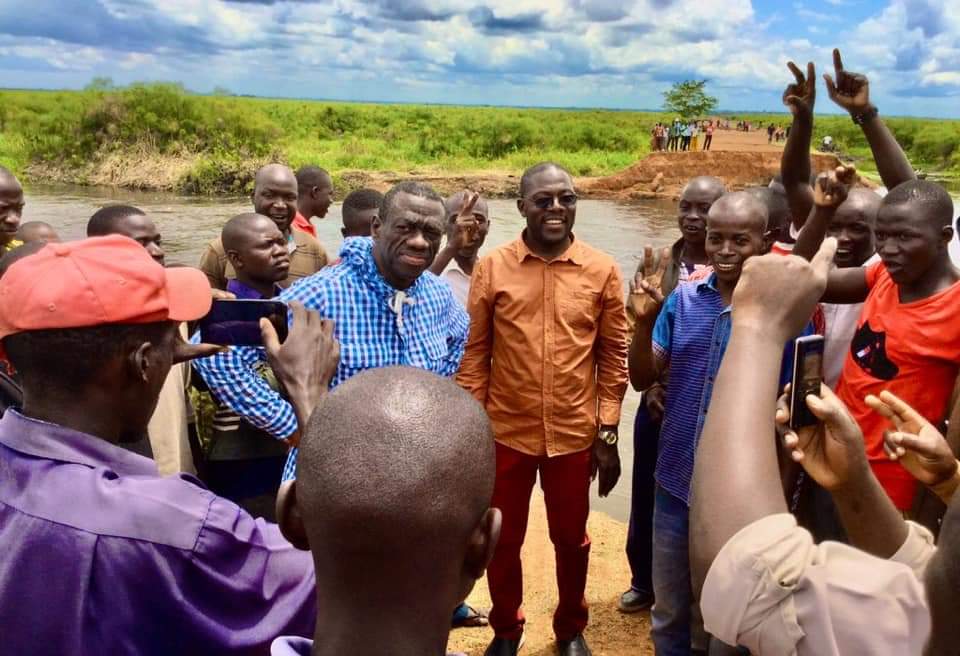 Swaibu Sede and Kapere Awamu are incapacitated and confined to their homes after they were allegedly brutalised by Fisheries Army and Police.

Residents are so terrified that on seeing vehicles in their rural environment, they run to hide fearing random arrests and torture.

Police in the district was caught unaware, only to get to know about the visit as Besigye finalised his tour.