KATUNA — President Yoweri Museveni has expressed sympathy to the citizens of Uganda and Rwanda that have been affected by the closure of the Katuna border and called for patience, saying a lasting solution is being sought to solve the problem.

He expressed optimism that with the independent facilitators from Angola and Democratic Republic of Congo (DRC) the truth will come out because the NRM government stands for the truth.
The President was speaking to hundreds of Ugandans who gathered at the Katuna border post waiting for the outcome of the summit.

The 4th Quadripartite summit by the heads of states of Uganda, Rwanda, Angola and the Democratic Republic of Congo ended this afternoon with Uganda and Rwanda signing an extradition treaty in line with 3rd quadripartite summit held in Luanda Angola. 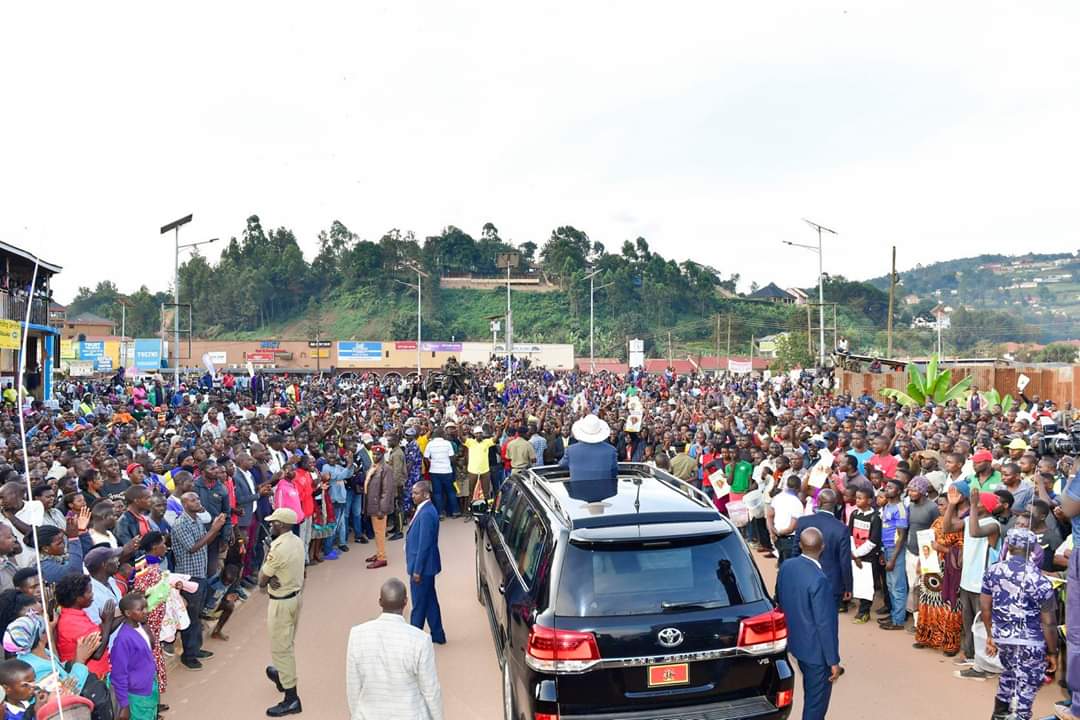 During several stop-overs where hundreds of Ugandans had gathered to wait for the President in Katuna town and Kabale municipality, he explained to Ugandans what led to the closure of the Rwanda border.
He said that the closure emanated from the internal conflicts in Rwanda especially within the RPF ranks when some members of RPF disagreed with the Rwanda government and majority took refuge in South Africa.

He, however, said that the Rwanda government says that some of them reside in Uganda, an allegation he said that was not true.

He added that those that the government of Uganda arrested were handed to them and government was not aware of the presence of such people on Ugandan territory. 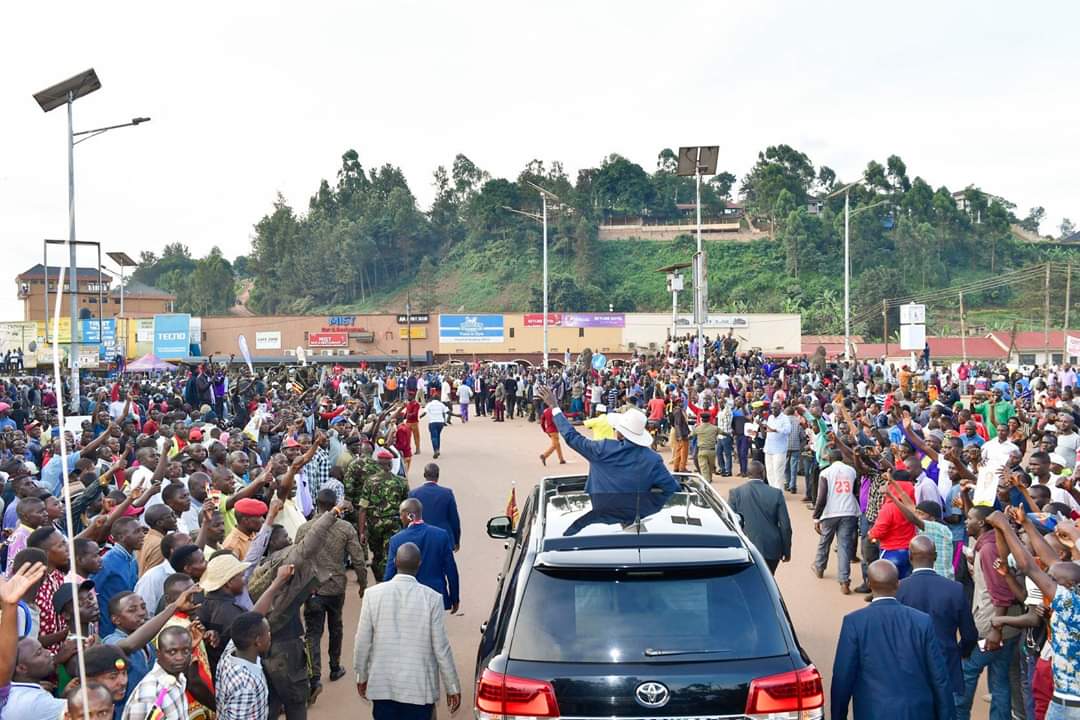 He added that for the case of Rwandan citizens that were arrested in Uganda for cases such as espionage and kidnap of people on the Ugandan soil, he has instructed for their pardon and immediate release.

However, he said those arrested for crimes such as murder and rape will have to face trial in accordance with the Ugandan laws.

Nabakooba: We shall fight illegal evictions