Mr. Mirundi is quoted by the Nile Post, a sister publication of NBS Television where he appears every Tuesday, that the president was rewarding him for his good works, despite some cliques around the boss baying for his head.

“I worked for a lot for him. I am a good friend of the President. This was like a replacement because my car was too old,” Mirundi told his NBS host on Tuesday.

He says the black Mitsubishi Pajero with registration number UG 4008C is a gift for his efforts while still at State House where he worked for 12 years as a Presidential Press Secretary.

Mirundi also believes that the president awarded him for his stance against errant public officials he usually calls ‘mafias’. 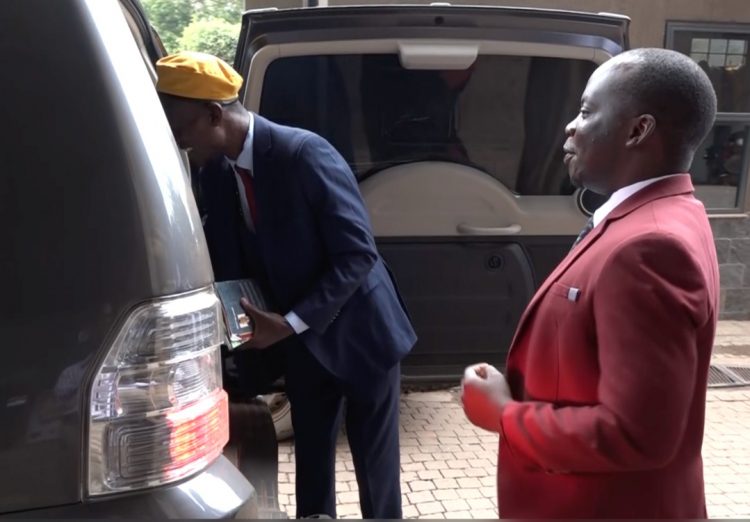 Mr. Mirundi who was re-assigned as a senior presidential adviser on media and replaced by his long time deputy Lindah Nabusayi, has made a name for himself attacking hitherto powerful public officials around the President, calling them corrupt and ridiculing those who challenge President Museveni, including opposition figurehead Dr. Kizza Besigye. In 2009, at the height of riots over the government’s refusal to let Kabaka Ronald Muwenda Mutebi visit Kayunga, Mirundi supported the government position.

He also justified the government’s decision to temporarily shut down four radio stations including the Buganda Kingdom downed CBS. Mirundi is a Muganda by ethnicity.

Mirundi, while serving under the President, has authored four controversial books, with some titles stingingly critical of some confidants of President Museveni.