How littering garbage could earn you a year in jail!

KAMPALA – Littering or throwing garbage outside a garbage bin will earn you a Shs2m fine or a jail sentence of more than a year.

The rule is contained in the Physical Planning Amendment Act no. 2 of 2020 by Parliament.

According to the Act, every premise must have a litter bin and the lack of which attracts a fine of UGX2m or one year’s punishment.

Unslashed green patches around any premise is punishable with a fine of UGX2m or one year’s imprisonment.

All premises must have signposts indicating plot number and name. 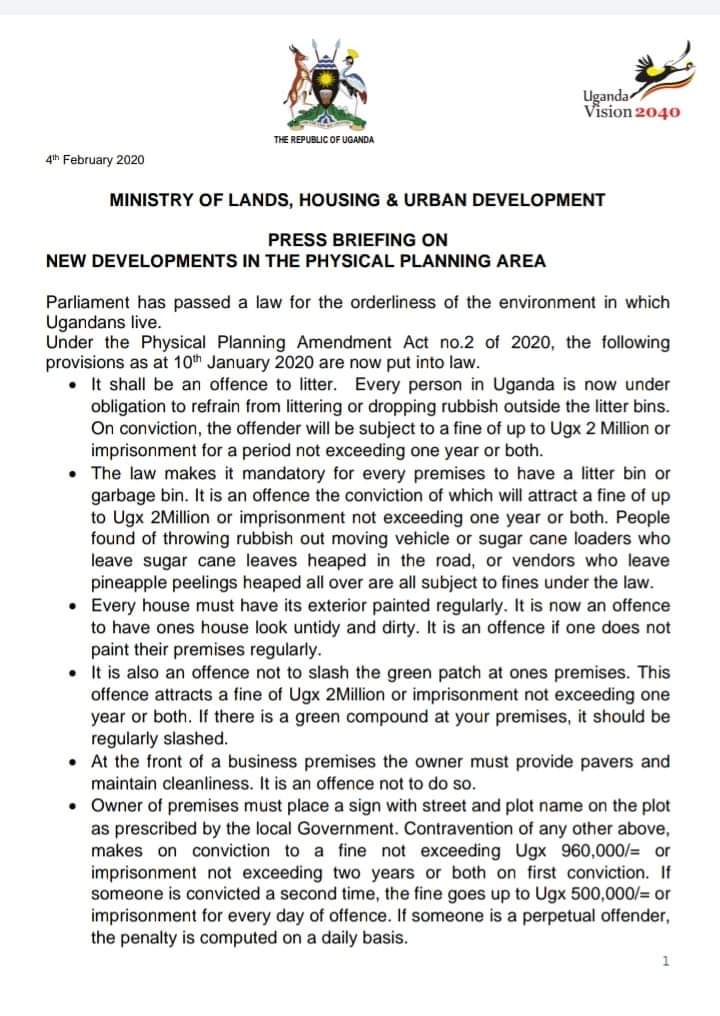 He said that every person in Ugandan is now under obligation to refrain from littering or dropping rubbish outside the litter bins.

According to the Minister of Urban Planning, the guidelines, which are aimed at creating orderliness and a clean environment, will affect all gazetted planning areas across the country such as town councils, cities and municipalities.

Landlords are also required to put pavers outside their premises under the rules, which took effect on January 10, 2020.

In the statement by the minister of Urban Planning Isaac Musumba, littering or throwing waste outside garbage bins is a criminal offence punishable with a UGX2 fine or a fine of one year.

Other provisions of the law are thus;