Sadolin Uganda handed over the donation at their branch in Namanve as a gesture of partnership with the UPDF during the Tarehe Sita celebrations that will be held in Greater Luweero region.

Brig Karemire thanked Sadolin Uganda for its continued support not only to UPDF but also to the national economy.

He said Sadolin Uganda is not donating to UPDF for the first time but has done so in the previous celebration that took place in Acholi sub-region.

“As UPDF, we enjoy the partnership we have had and pledge to continue working closely with you,” remarked Brig Karemire.

He said the paint will be used to renovate schools and health centres that have been earmarked as part of the civil-military activities during the Defence Forces Week. 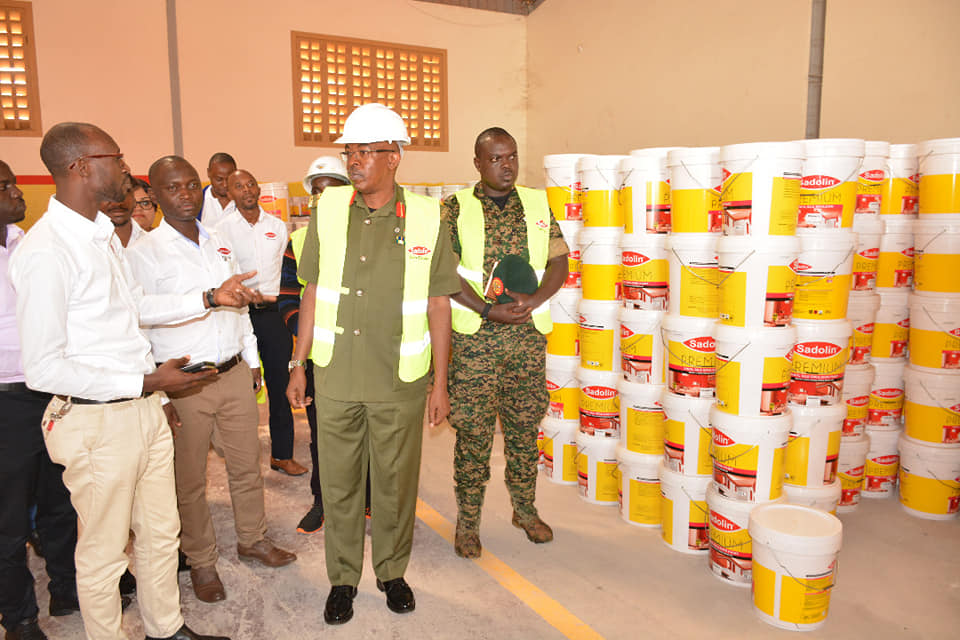 He said as part of their Corporate Social Responsibility, they thought it wise to contribute to nation-building by donating to UPDF items that will be used during the 39th Tarehe Sita Celebrations.