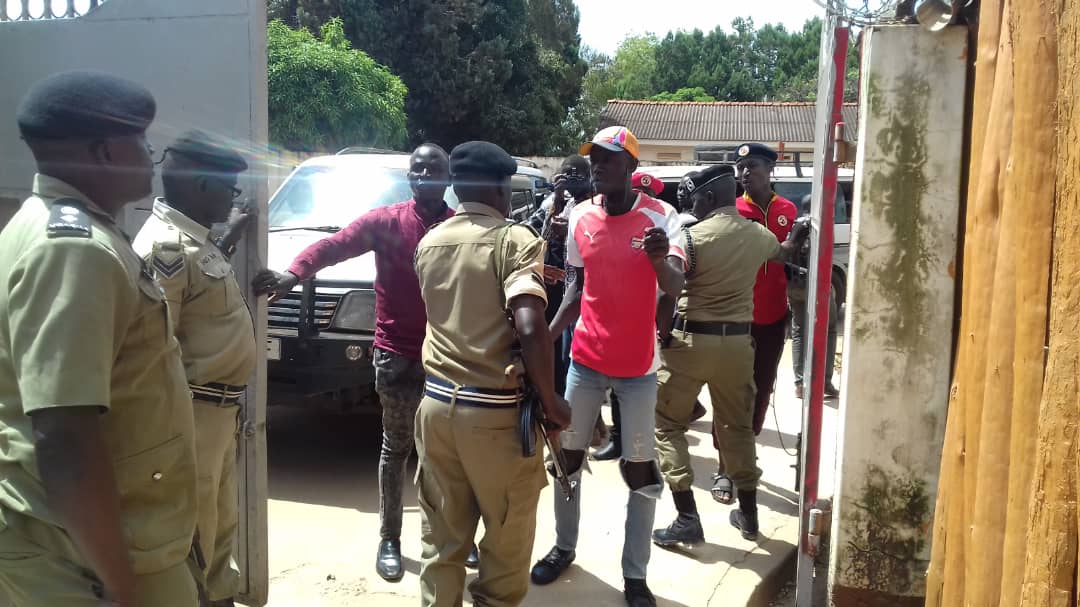 GULU – A combined force of Police and Uganda People Defence Forces (UPDF) have frustrated a scheduled consultative meeting for People Power supporters at De Covenant, a hangout in Layibi Division in Gulu Municipality.

The team was led by Mityana MP Francis Zaake.

The legislator pleaded to Gulu District Police Commander Emmanuel Mafundo to allow them to hold the consultation but his attempt was futile.

People Power members, who were blocked engaging their supporters in Kyadondo East on Monday, January 6, have been told that under no circumstance, will their meeting be allowed to take place because it sanctioned cleared by the authorities.

“Please come and tell me why you are blocking us. We are law-abiding citizens and we don’t want to do anything bad. Don’t hide, we are only 200 people. Come and tell us the reason so that we can go away peacefully.” Zaake pleaded.

Zaake told reporters that he booked the venue because it is enclosed and is far away from the busy town center.

He argued that the police’s decision to frustrate People Power’s activity is an act of corwardness.

In a counter-reaction, DPC Mafundo said that he is under instructions from his superiors to stop the meeting because the organisers didn’t seek police clearance.

“It’s simple, you have failed to satisfy the requirement” Mafundo reacted.

He said De Covenant was not recommended to hold the consultation meeting because it does not have an enclosed hall.

Tonny Kitara the owner of De Covenant told PML Daily that they had rented the space for People Power to hold their meeting but on Monday the 6th evening, the Gulu District Security committee held a meeting and resolved that his premises do not meet the standard stipulated on the presidential consultation guideline.

He said his management notified People Power about the changes.

According to Mr. Kitara, the organization team sought another venue at former Alobo night club but police had not yet inspected the new venue for recommendation.

The team of frustrated People Power youth upon waiting for about three hours to access De Covenant resorted to marching to the town center chanting People Power Our Power. They were being trailed by antiriot police but later the disappeared in the busy traffic of Gulu town.

This the second time the People Power team is being denied access to the already booked venue to hold consultation meetings in the region.

On Saturday Management of Jaflo Garden in Kitgum town canceled agreement for People Power to use their facility with claims the order was issued by security organs in the district.