KAMPALA – Global paints has been one of the leading partners with the UPDF during the Tarehe Sita celebrations as the Army carries out various outreach activities to the communities.

On Friday, January 17 Mr. Bashir Lweese the production Manager of Global paints has handed over eight hundred liters (800) of paint to Col. Twaha Kanyoma to help them in renovating schools during the Tarehe Sita week.

Col. Twaha Kanyoma from the Engineers Brigade, who received the items on behalf of the CDF, thanked Global Paints for their continued support to the UPDF. He commended them for coming out every year to support the UPDF during the Tarehe Sita celebrations. “In the past these companies have not been showing interest in the Tarehe Sita activities but now they have come out and as UPDF we are happy to work closely with you,” he remarked. 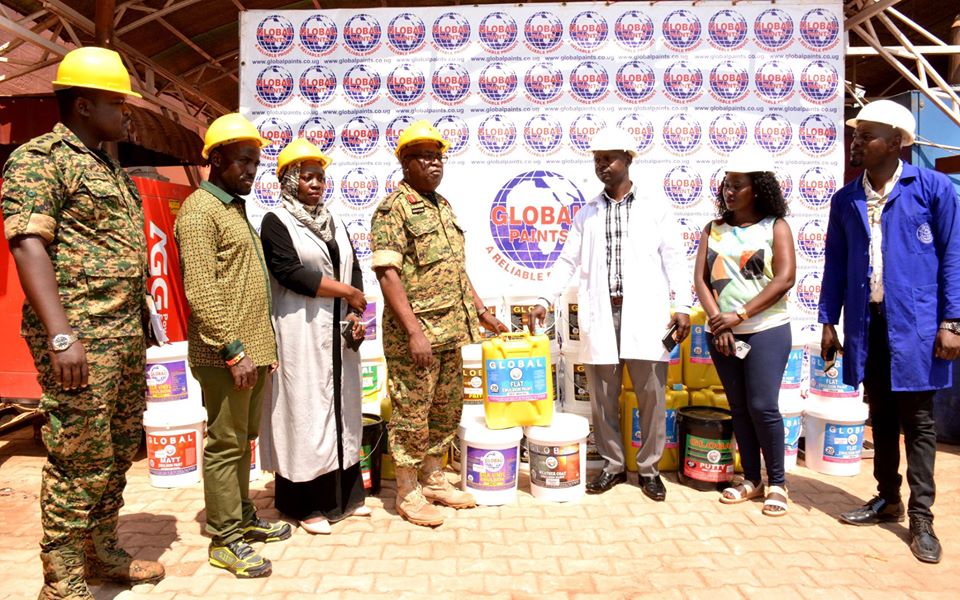 Mr. Lweese Bashir, the production Manager of Global Paints said that as part of their corporate social responsibility, they decided to donate eight hundred liters of paint to the UPDF to boost their outreach activities such as renovating schools and others.

He said that as Global Paints they have a slogan that “A surface that needs paint, it needs Global Paint.” We thought it wise to give back to the Community through the UPDF. 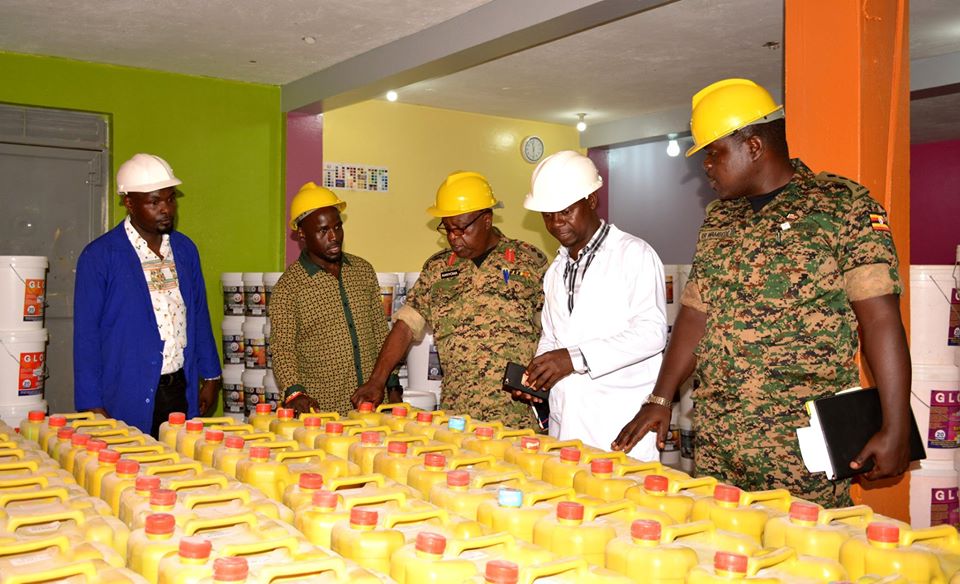 He also said that Global Paint has grown partly because of the peace and stability created by the UPDF and so it is necessary to support them as they carry out their out reaches.

Capt. Wambede who represented the Defence Spokesperson thanked Global Paints for the support and called upon other companies to emulate Global Paints and support the Tarehe Sita Activities.