KAMPALA — The national coordinator of the Alliance for National Transformation (ANT) party, Maj Gen (Rtd) Mugisha Muntu, has said the award given to him by Pastor Joseph Sserwadda is a recognition of the hope of a nation.

Gen Muntu was on Sunday, January 26, 2020m given the award for promoting the politics of tolerance and non-violence by Pastor Sserwadda at Victory Christian Centre Ndeeba in Kampala.

And the former FDC president said the award was not his alone but for all peace-loving Ugandans. 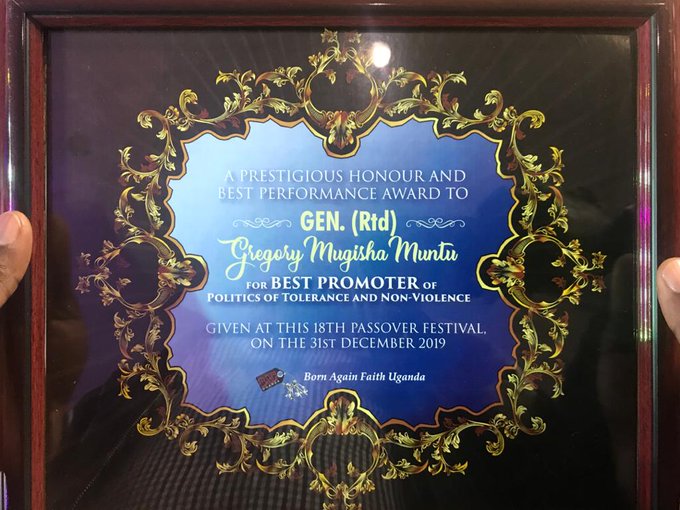 “This award isn’t a result of individual effort. It comes on the backs of thousands of Ugandans I have had the honour of working with throughout my life. It is a recognition of the hope of a nation; that we will sooner rather than later experience the peaceful transition of power. And that our politics shall change to focus on the led rather than the leaders,” he said.

“I humbly receive it on behalf of all Ugandans, home and abroad, that are doing whatever they can, in whatever way they know how, to make this dream a reality,” he added.