Mr. Bitangaro who is also a lawyer was charged with three others including William Tumwine, director in the Ministry Of Gender, Labour and Social Development, his wife Stella Kakuba and Francis Owor Onyango.

The four are said to have conspired to sell non-existent land as part of government compensation to persons who were evicted from Luwunga forest reserve in Kiboga district.

This was after residents and leaders in Kassanda District asked the State House Anti Corruption Unit to investigate their area MP Simeo Nsubuga over land grabbing and masterminding land scams.

State House in August this year arrested some of them in a botched plan by government to resettle over 2,500 families that were evicted from Luwunga Forest Reserve in Kiboga District.

While others fled aggrieved residents claimed that Sam Bitangaro was part of the scam and demanded for his arrest.

The failed exercise cost the government of UGX3 billion which was donated by President Museveni for purposes of getting land for resettling the evicted people.

According to the Observer Newspaper, another 1.5 billion was from the National Forestry Authority, which had a target of providing essential facilities, such as schools, to the former residents of Luwunga.

It was established that the residents who were affected by the eviction, had formed Kiboga Twegate Savings and Credit Cooperative Organization (SACCO) with the aim of facilitating the acquisition of land for their resettlement.

However, UGX 1.65 billion out of the UGX.3 billion was paid to Kampala-based lawyer Mr. Sam Bitangaro who was supposed to avail land on which the evictees would be resettled in Kassanda District. 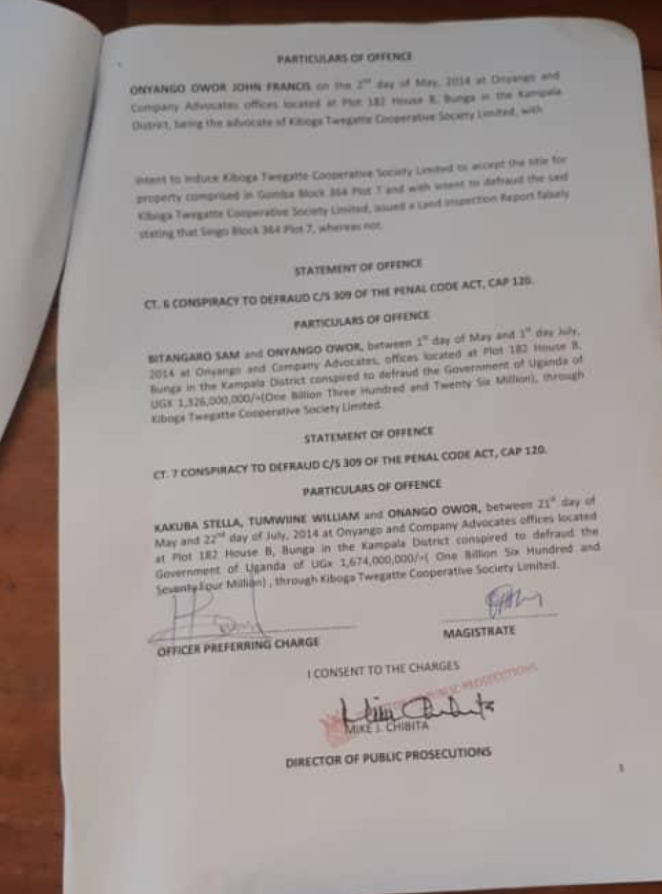 It was disclosed that a well-known land dealer in Kassanda District, Mr. William Tumwine and Mr,. Nsubuga the Kassanda South MP, facilitated the connection to Mr. Sam Bitangaro.

To save the embattled families, businessman Abid Alam, who has heavily invested in Kassanda District, offered the land victims a portion from the land that he owns in the area.

The evictees commended Mr. Alam for his gesture.

Mr. Alam had in the past bought several acres of land from Mr. Sam Bitangaro.

However, Mr. Bitangaro who is said to have worked with other people including MP Nsubuga is said to have sold the same piece of land to the Luwunga Forest Reserve evictees, a situation that led the wananchi to having land titles without land on the ground.

He said the incident progressed in 2005 and the government resolved to resettle the evictees.

He, however, observed that strangers whose aim was to benefit from the proposed land acquisition had infiltrated Twegate Savings and Credit Cooperative Organization.

He revealed that some of the impostors supported by MP Nsubgua do not even know where Luwunga Forest Reserve is.