RWAKITURA — President Yoweri Museveni has in his Christmas message urged Ugandans to use the stability the country enjoys to improve individual income stations.

Mr. Museveni, his wife Janet Museveni and their family joined the faithful at Nshwerenkye Church of Uganda in Kiruhura District for Christmas service led by Rev. Meshach Kihondwa, where he called also asked upon Ugandans to utilize their talents.

Mr. Museveni congratulated all countrymen and women for making it to Christmas and coming to the close of the year.

In the agriculture sector, he said, it is increasingly clear that people are applying themselves to the fullest.

“The bumper sugarcane, maize, banana harvests and milk glut among others is evidence of this,” he said.

Museveni promised that his government will now do more to support value-addition to ensure Ugandans do not just sell these products in the raw form but also diversify their by-products to deal with the issue of excess harvests. 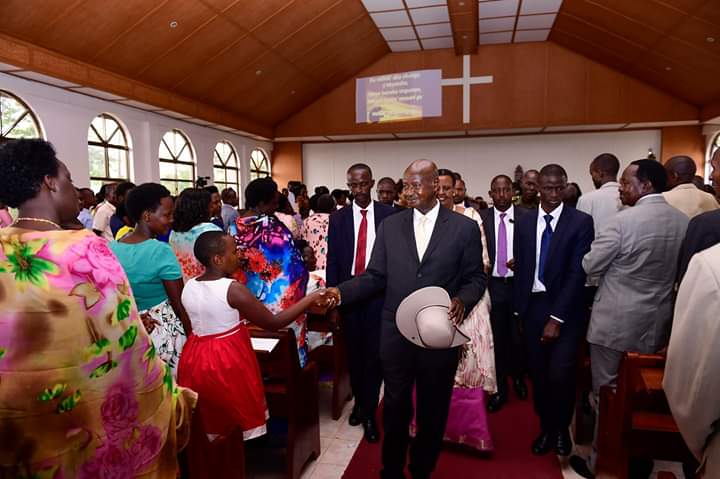 He said the farmers also must ensure they enforce good farming practices.

Mr Museveni who early this week addressed the people of Ankole and Kigezi on the developments in the dairy sector is expected to deliver a more elaborated report about Uganda in his New Year Address to be held at his country home in Rwakitura.