Uganda still committed to the cause of pan Africanism unity – Minister

KAMPALA – Hon Adolf Mwesige, the Minister for Defense and Veteran Affairs has said that Uganda is still committed to the cause of pan Africanism and African unity.

Hon Mwesige was on Friday, December 6 addressing delegates during the closure of the 27th policy organs meeting for the Eastern Africa Standby Force (EASF) in Kampala.

The meetings have been running since Monday December 2, 2019 which also saw Chiefs of Defence Forces Gen Muhoozi and Inspector Generals of Police of the EASF countries participate.

Mwesisge reminded the members on how the Eastern Africa region has been embroiled with violent conflicts in the last two decades, which had stagnated social economic transformation of the region.

He, however, added that the region has new security challenges manifested in, among others, terrorism, refugee crisis,cross border crimes, piracy and human trafficking.

Mwesisge, therefore, told members that, addressing the above challenges required concerted efforts from all member states of EASF.

Addressing the same meeting, the Hon minister of National Defence and War veterans of the Republic of Burundi Mr.Emnanuel Ntahumvukiye who is also the outgoing chairman of the council of ministers of defence of EASF member states thanked Uganda for the hospitality accorded to all the delegates.

He mentioned that, EASF was more prepared than before as a standby force, with a lot of human resource capacity. He, however, mentioned that, there was still a lot to be done in as far as diplomatic capacity to prevent and resolve conflicts was concerned.

Ntahumvukiye requested member states, to contribute their financial obligations for the smooth running of EASF activities.

On that note, he pleaded to EASF to prepare to respond to natural disasters to help her people in case of similar disasters. He reassured the members that, the end of the support of the military component by 2020 was not the end of the partnership between friends of EASF, and EASF but rather the start. 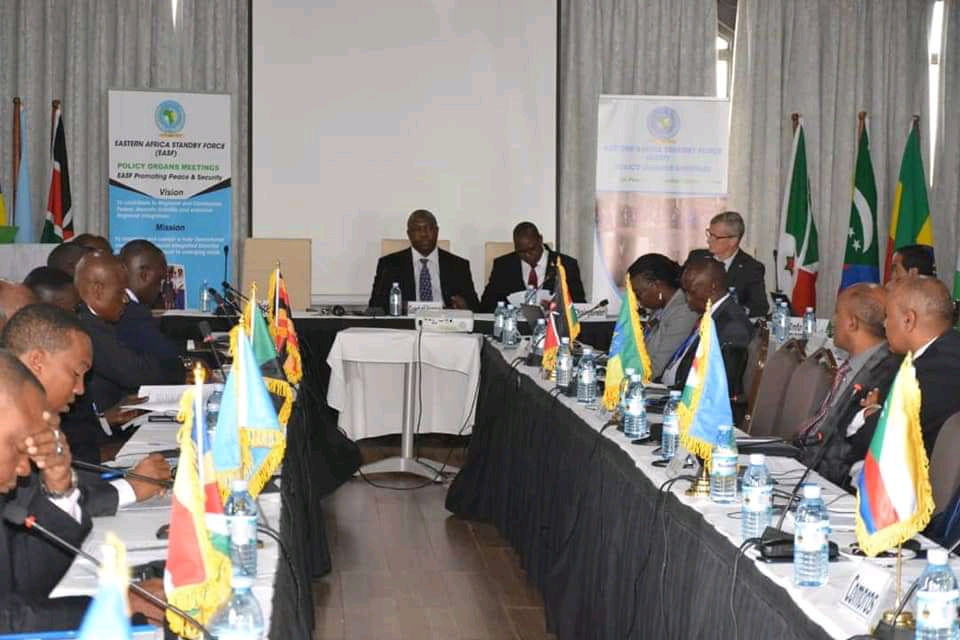 The Director EASF, Dr Abdulahi Omar Bouh in his remarks lauded Uganda for the hospitality and warmth of its people.

He reiterated his commitment to take EASF to new heights in terms of achieving it’s vision.

The 27th policy organs meeting also saw the hand over of the chairmanship of council of ministers of defence to Comoros.

The 28th POM of EASF will be held in March 2020 in Grand Comore, the capital of Comoros.

Believe in the power of technology! Humanity must agree on benefits of technology and use it to uplift each other and achieve our development goals, says Huawei VP Catherine Chen