KAMPALA – The Deputy Inspector General of Police (DIGP), Major General Muzeeyi Sabiiti has on Wednesday, December 25, 2019, celebrated Christmas day with Police officers on duty at the National Command and Control Centre in Naguru.

While interacting with the officers, the Deputy IGP Muzeeyi re-echoed the importance of CCTV cameras in fighting crime. 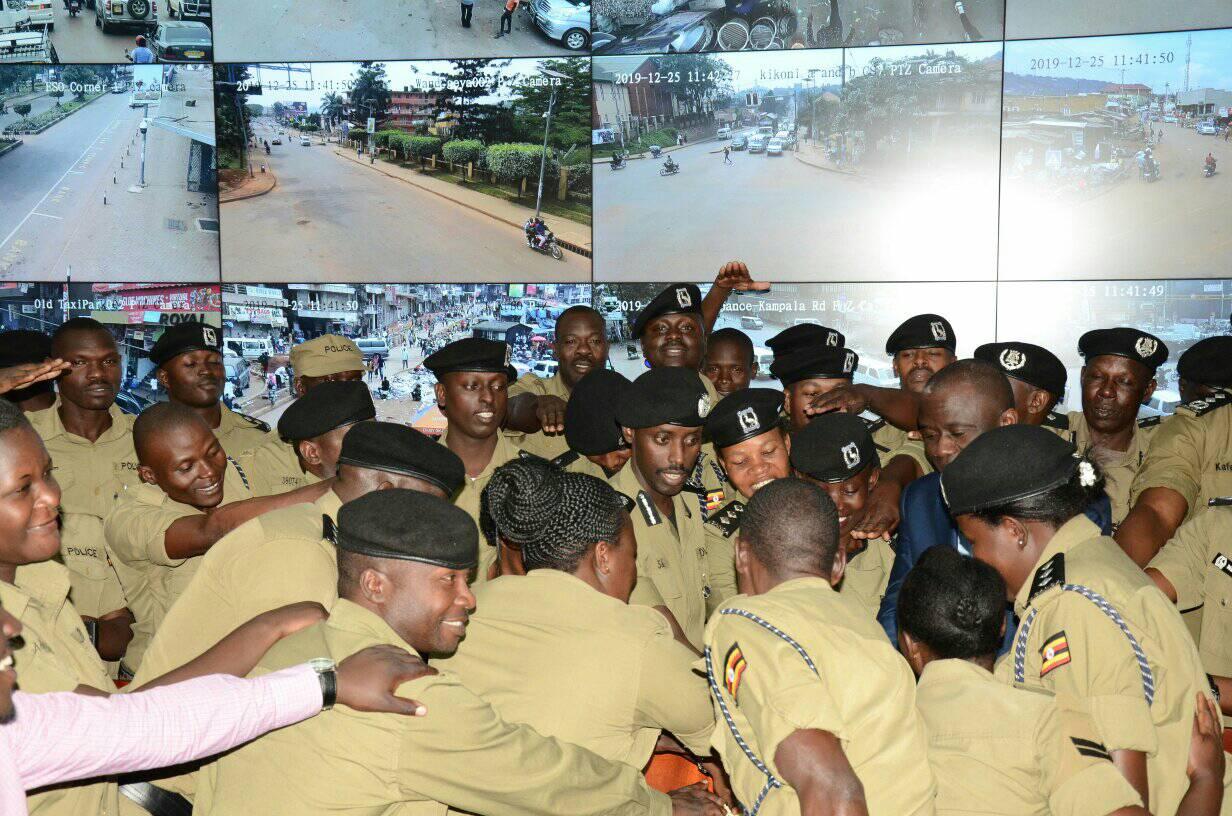 He commended the officers on duty for operating the different CCTV centres with commitment, encouraging them to continue working hard this festive season so as to fight crime. 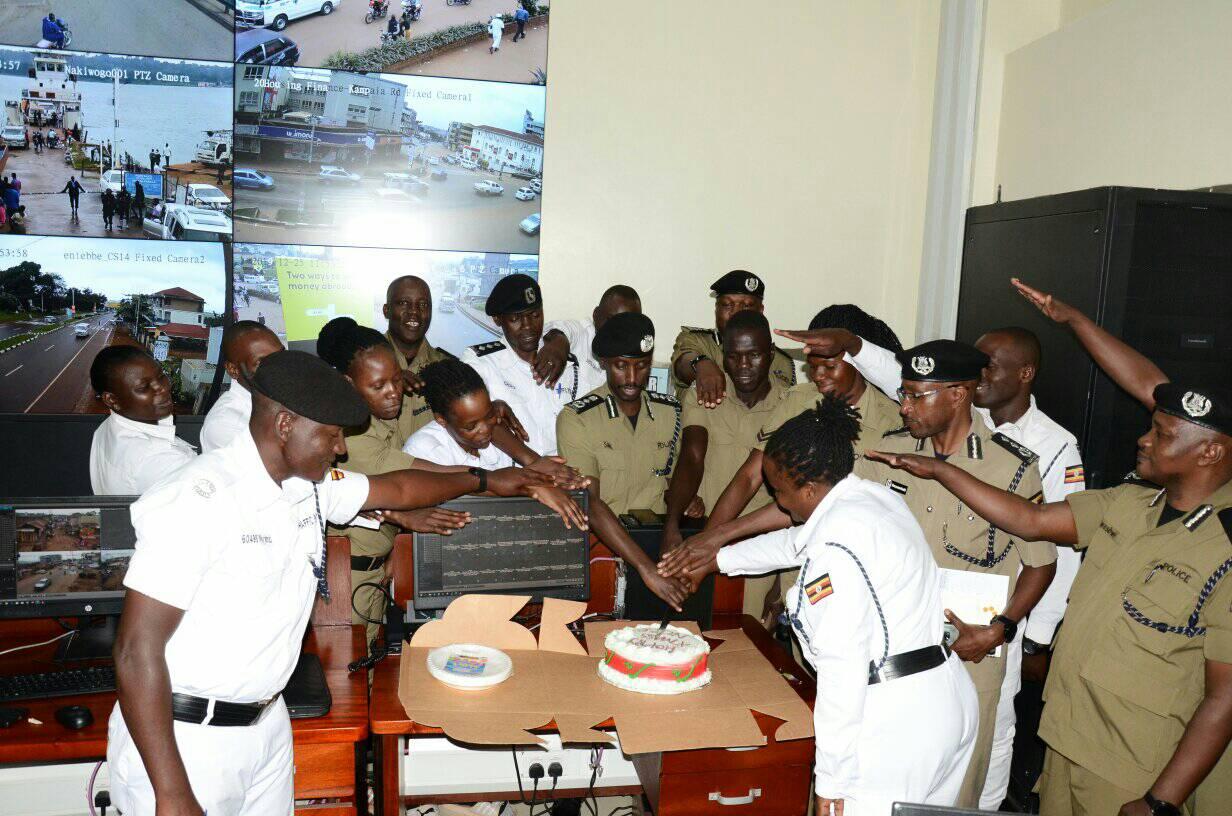 He later joined the officers in cutting the cake with the different CCTV departments in celebration of Christmas.

It is understood that police leaders slapped a leave ban to all officers in the festive season. 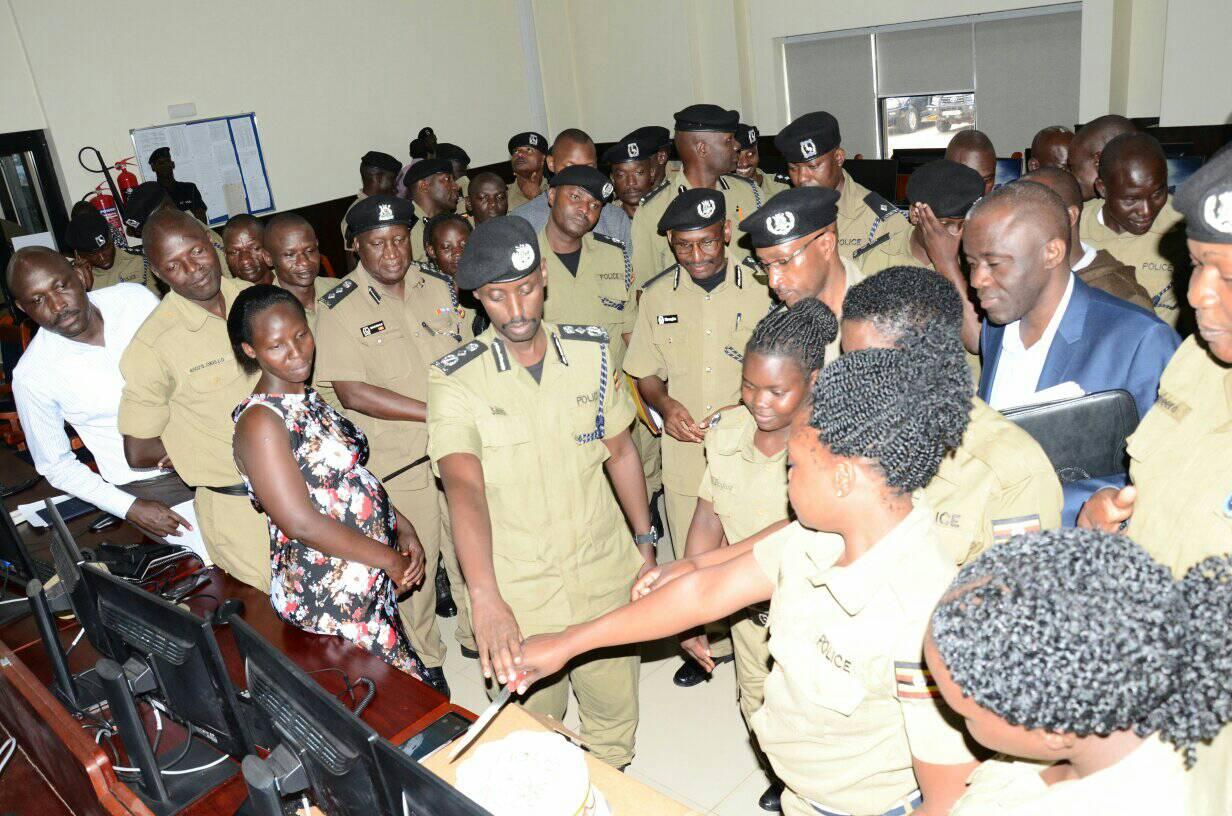 Police like the rest of us, are entitled to a specific number of leave days per annum. During the festive season, taking leave is an opportunity granted to most. It allows employees time to relax, kick their feet back and spend quality and invaluable time with family and close friends.

For Police, over the years, depleted in its officers, leave in December is not ideal.

The Inspector-General of Police — IGP Martins Okoth Ochola has in his Christmas message asked the public to remain mindful about the opportunistic criminals who would wish to take advantage of the slightest opportunity to commit crimes in the festive season.

IGP Ochola said so far, the festive month of December, is still generally peaceful, simply because police have countered and disrupted the advance preparations of criminals, early enough.

Giving the full accountability on the police side, the IGP says the year has been full of challenges and competing demands on crime and safety. 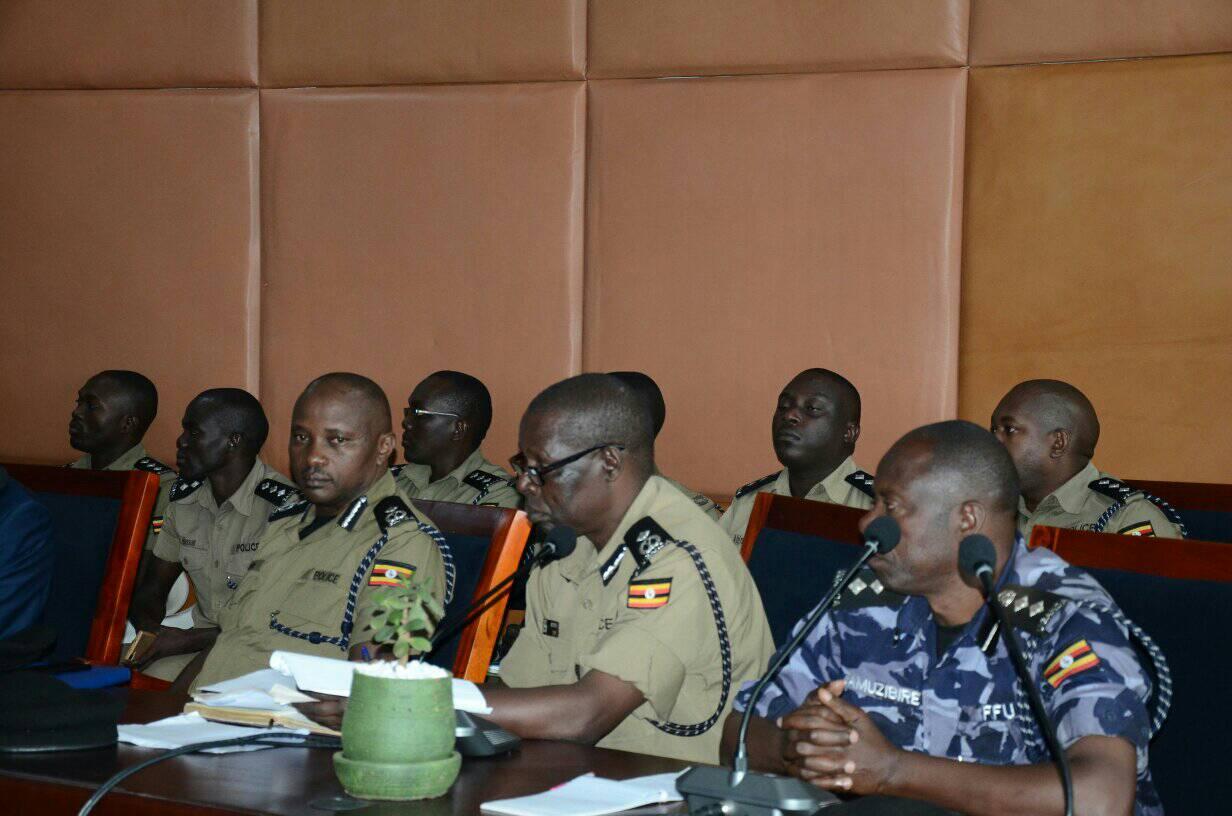 He said police registered selected incidents of violent crimes, which had created fear in the public, but “we worked tirelessly throughout the year, after adopting several strategies and initiatives that helped crack down on the violent crimes of murder by shooting, aggravated robberies, and kidnappings to mention a few.” 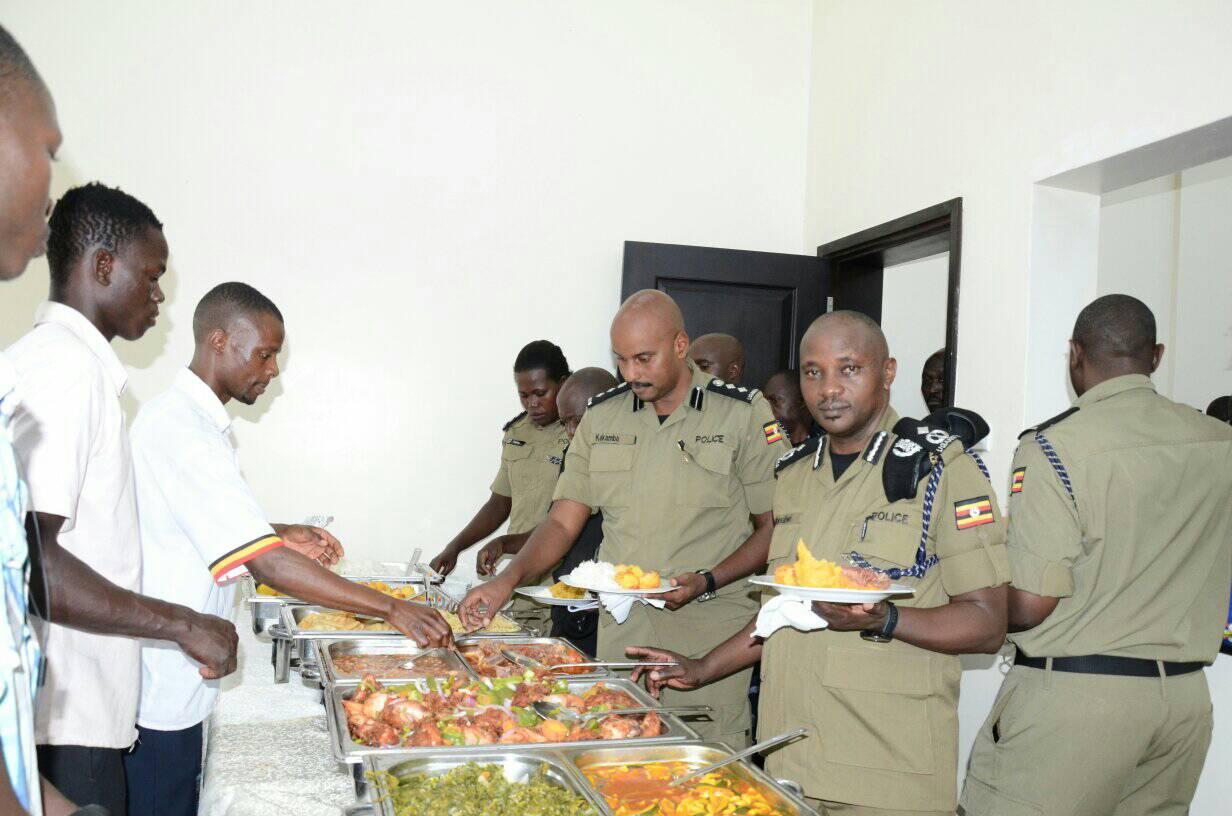 “We also made improvements on how we conduct intelligence and investigations; recruited more police officers to enhance our manpower-intensive practices like patrols and visibility, and also profiling and pursuing known repeat criminals,” he notes revealing the force plans to continue with its operational activities in the New-year, with a focus on serious and dangerous criminals, who undermine the safety of Ugandans.