KAMPALA – A section of MPs has expressed reservations over the proposal by the Ministry of Finance, Planning and Economic Development to borrow £600M approximately UGX2.4Trn from Stanbic Bank Uganda and Trade Development Bank to support the budget deficit.

While appearing before the Parliament’s National Economy Committee today, David Bahati, Minister of State for Planning Bahati defended the decision to borrow saying Government was forced to look for the loan after realizing that the anticipated to finance the 2019/2020 national budget wasn’t flowing in.

Bahati said, “The real cash to run the budget isn’t coming in. The alternative is cut on activities, but it isn’t possible to cut salaries. It has only happened in Ethiopia, I don’t know if we can try it in Uganda, it would be unconstitutional.”

However, a number of MPs blamed the budget deficit on tax administration under the watch of Uganda Revenue Authority, saying the tax body has created a hostile environment for the business community, something they say has affected tax collections.

Lawrence Bategeka, Vice-Chairperson National Economy Committee stated, “Why are investors failing to pay taxes, is it the bahaviour of URA? We need to critically look at tax administration, traders are really complaining because they wake up and their bank accounts are frozen. We want to know by the time the taxpayer fails to pay, they are genuinely failing. If you are a foreign investor, you can’t work under these circumstances.”

Syda Bbumba, Chairperson National Economy Committee also said there is need to look into Uganda’s tax administration because taxpayers who try to be compliant become victims of URA that come with all sorts of tax assessments.

Thomas Tayebwa (Ruhinda North) asked the Minister, why Government isn’t looking at the option of having one loan approved while Parliament monitors the loan from the bank asking, “Would you be okay we borrow one as we monitor the performance of our revenue, he says we might get money from MTN. Why do we borrow two loans at once why not consider one?”

Herbert Ariko (Soroti Municipality) tasked the Minister to explain how long the government will continue borrowing to support its wage bill, after it emerged that part of the money will go towards paying salary for public servants.

He said, “The brief to parliament attempts to give a quick outlay of where the 600m Euros is supposed to go, they listed wage shortfall. The wage for public service institutions is determined according to persons in post and forecast, has it reached a point where the government has to borrow to pay its public officers. If we are going to borrow in order to pay the wage, then what else are we able to pay in order to run the budget?

Former Minister of Finance, Syda Bbumba also tasked Bahati to present to Parliament the authorisation from President Yoweri Museveni to present this loan request before the committee starts considering the loan proposal. 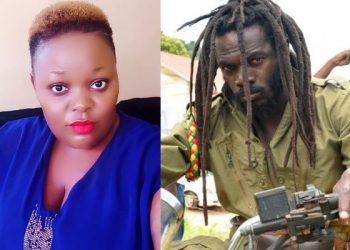