ENTEBBE – The government will build a house and buy a car for athletes who win gold at international championships like the Commonwealth or the Olympics, President Museveni has said.

The president said these on Monday, December 16 as he hosted 400 sportspeople, officials and teachers to a luncheon and later dinner at State House Entebbe, “as we celebrated what has been a great sporting year for Uganda.”

Uganda was ranked 9th best in the World Athletics Championship, 3rd in Africa Athletics, 6th in World Netball, qualified for the Africa Cup of Nations in Cairo and emerged winner in the East Africa Schools Championships in Arusha and the Interforces Games in Nairobi.

Museveni also congratulated other sporting successes in other fields like boxing, swimming, rowing, woodball, rugby, among others.

“I am glad that Joshua Cheptegei who spoke on behalf of the athletes acknowledged the importance of the peace and stability the country is enjoying in creating a conducive environment for sports to thrive. Our athletes training in Kapchorwa do not have to worry about the threat of Karimojong and Pokot warriors,” said the president.

Museveni accepted the government has not supported athletics saying that it’s because of the other pressing national needs.

“What we are doing is indirect support through infrastructure development, stability and others. Interventions like immunization and universal education have also been helpful,” he said.

“However, we shall incrementally commit more resources to sports. I have directed that excelling sportspeople be absorbed in the armed forces so that they get a salary, an address and technical support through coaching,” he added. 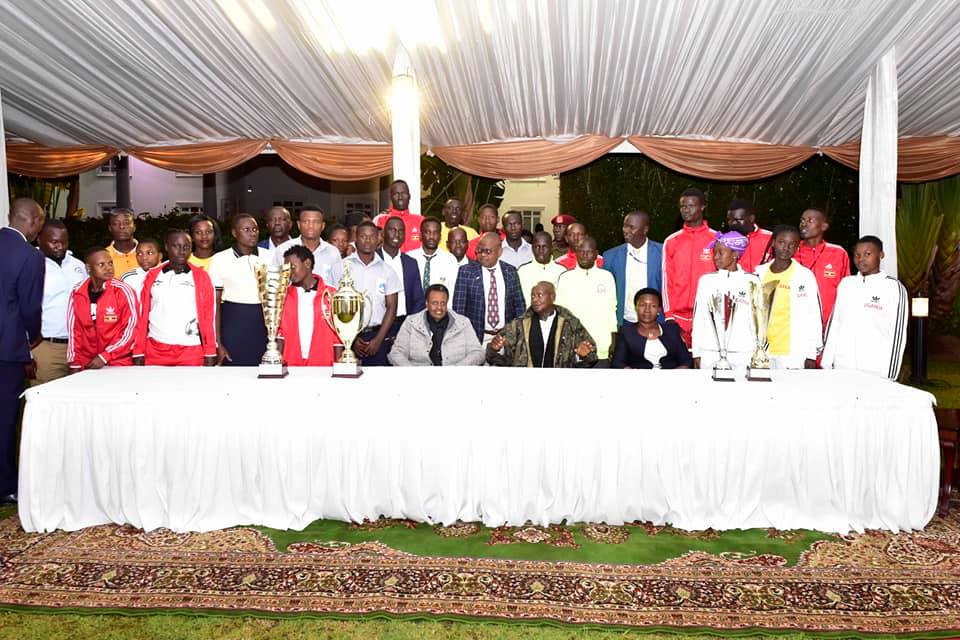 The president also said that the government is going to start building Aki Bua Stadium and another in Kabarole, saying that in the long run, all the traditional 18 sub-regions of Uganda will get a stadium each.

He pledged that “I will personally follow up on the issue of delays to complete Teryet High Altitude Training Centre. I do not buy the explanation that the rains are responsible for these delays and yet money is available. I think some unscrupulous people are intentionally delaying this project. I will get to the bottom of it.”

“Finally, my earlier pledge of rewarding excelling athletes is still on. If an athlete wins a gold medal at either continental or global championship, they are entitled to Shs5 million monthly salary, silver is Shs3 million and bronze Shs1 million.”