According to Dr. Silver, plans are underway to abstract water from Kamwunga landing site in Lukaaya district and supply the entire Masaka city within the next 2 years. He further unveiled plans to revamp sewerage infrastructure, build a new compact sewage plant and extend services in the new city.

He called upon the local leadership and their district land boards to join the ongoing efforts to protect government assets.

“Unscrupulous people are conniving with some officials to steal corporation property. Please, work with us to protect these assets and serve our people better,” he said.

Discussing integrity issues, Dr. Silver said that all NWSC staff receive their salaries on time. “Our customer is king and the reason we exist. Why would you ask your king for money?” he wondered.

He urged the stakeholders to be patriotic citizens. “NWSC is your service provider. Praising other utilities and institutions outside Uganda that do not serve you does you no good. Give us feedback and help us serve you better.” he said

The District Internal Security Officer (DISO) who represented the area RDC appreciated the service levels in Masaka. He commended the corporation for a good working relationship with the city leadership. “We recently had an encroacher at one of the installations. We worked closely with NWSC officials to resolve this because they work closely with us. We have built rapport” he said

“I have not seen managers of big organizations coming to engage us. Infact i don’t know the leaders of some institutions yet they operate in this area. Dr. Silver engages Masaka leadership atleast every year. This is the true meaning of a customer-centered utility,” he said

Masaka city mayor Mr Kayemba Afaayo thanked Dr. Silver for his patriotic leadership style.
“When Dr. Silver comes here, he listens to us irrespective of our political affiliation and sorts our issues. This is exemplary leadership and real definition of the mantra that the customer is king,” he said

He called on the corporation to extend services to the entire city.

“We serve a population of 150,000 people at night and 600,000 people during day.
With the city status on board, the numbers are now going to double. We shall work with your planning department to jointly design infrastructure for the city.” he said. 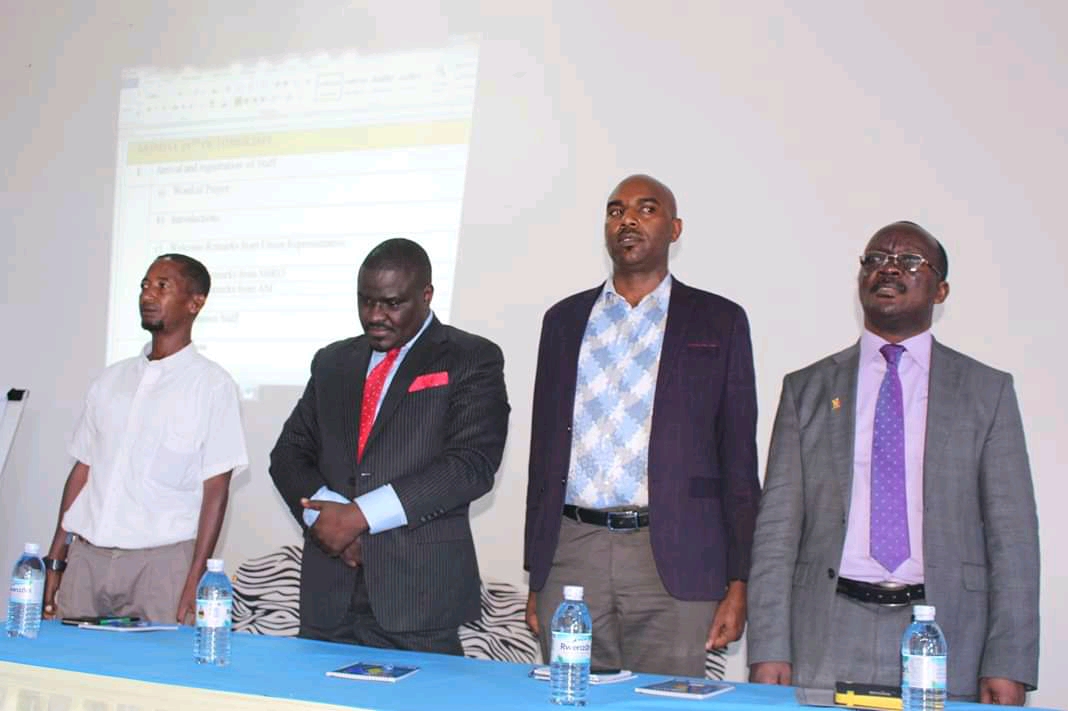 Area LC1 chairman thanked Dr. Silver for his customer focus leadership style. He went ahead to raise the various customer concerns and compliments.

“I have been in Masaka for a very long time but i have never seen this level of engagement,” he said.