KAMPALA – The ruling NRM party was conspicuously absent as the chairmanship of the Interparty Organisation for Dialogue (IPOD) switched from the DP’s Norbert Mao (DP) to FDC’s Patrick Amuriat Oboi on Wednesday, November 27, 2019.

However, NRM leaders, including President Museveni and NRM Secretary General Kasule Lumumba did not show up and neither did they send any communication. This left many of the attendees wondering how best the political dialogue is going to make sense.

The event was opened by retired Supreme Court Justice James Ogola who reminded member parties that the country needs dialogue.

“Everywhere in the country, we are seeking dialogue; in land matters, trade unions and churches; where there is dispute, we cry for dialogue,” he said.

Mr Mao, the outgoing IPOD Summit chairperson, noted that IPOD still has challenges as manifested in the empty “yellow” seats supposed to have been occupied by NRM members who boycotted the event.

Mr Nathan Nandala Mafabi took over as chairman of the IPOD Council from Mr Siranda while Mr Patrick Oboi Amuriat took over the chairmanship of the IPOD Summit.

It gives me much pleasure and honor to address you gallant leaders of Political Parties, development partners and all gathered here on this very important occasion of handing over power peacefully under the IPOD umbrella.

“The smooth transfer of authority from one leader / Political Party (my brother Hon. Nobert Mao, the President General of the Democratic Party) to another, which is uncommon in our African political discourse, is something Ugandans have never seen in the governance of our Country,” he said.

“I congratulate the Hon. Nobert Mao and the Democratic Party for managing to steer the ship well in troubled waters. I also wish to recognize the positive contribution made by all the other heads of political parties in IPOD, the IPOD Secretariat and indeed Democratic Governance Facility (DGF) for making this task easier,” he added. 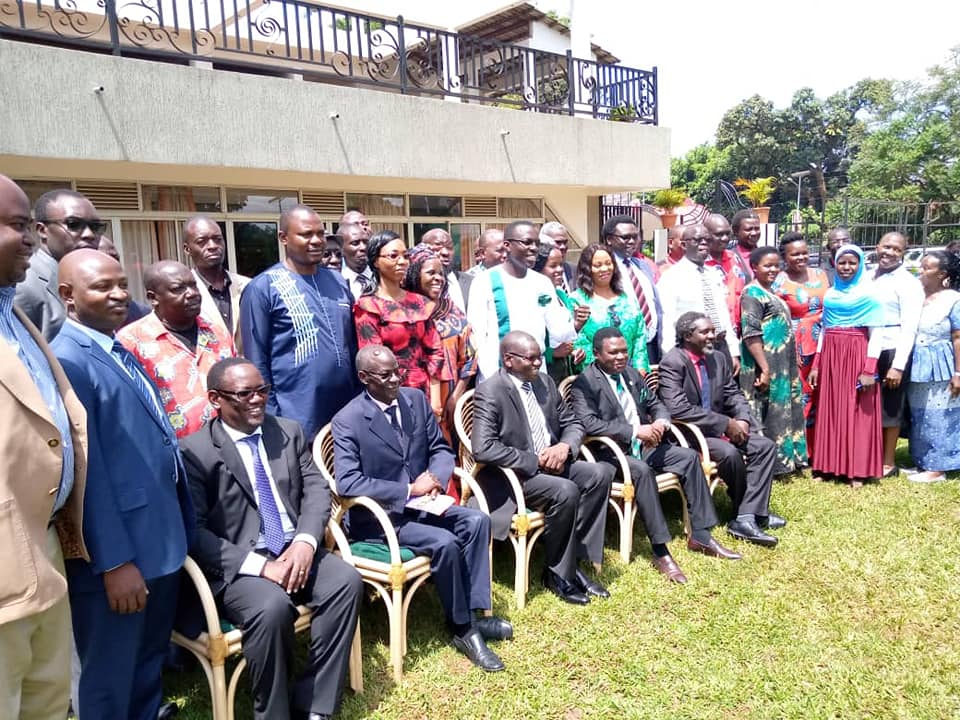 “As we reminiscence on the core principles of IPOD, let us begin a new chapter by fostering trust and confidence among ourselves, enhance cooperation, build harmony and facilitate a smooth transition of power especially at the level of the Presidency. In order to achieve this as the Chairman of the Summit, I will be spending part of my time in the very first weeks discussing with you heads of Parties here assembled. I hope we will have an opportunity to appreciate the challenges we are facing as a country and how we can help each other realize the dream of a new Uganda,” he said.

The incoming IPOD leadership together with the IPOD summit council will travel to South Africa for benchmarking to evaluate IPOD Uganda by comparison with other successful IPOD countries.

Translate your political will into action! FAO asks Parliament to enact laws to eradicate hunger