Museveni: We are tightening the noose on criminals

KAMPALA — President Museveni has commissioned the first phase of the National CCTV System at the Police Headquarters in Naguru, Kampala.

He said that he tested the system with an impromptu demand “that they show me surveillance feed for Gobero and Namayumba, 33 miles from Kampala, on Hoima Road, which they did successfully”.

“It is evident that we are well on our way to tightening the noose on criminals who had become daring, including those who unfortunately thought they would use crime to discredit the NRM,” he said.

“I don’t know why these people chose to use crime to discredit NRM? That is a wrong battleground because security is my constituency,” he added.

The good news, he noted is that this is just the beginning.

In the next phase, Mr. Museveni noted that the government shall cover 27 municipalities, major highways, and towns but “the best technology does not substitute dedication and patriotism”.

Museveni said that his next effort will be geared towards cleaning up the security and enforcement agencies.

He warned that those who feel that they are not passionate about Ugandans, are free to get out of the police, or he will get them out. 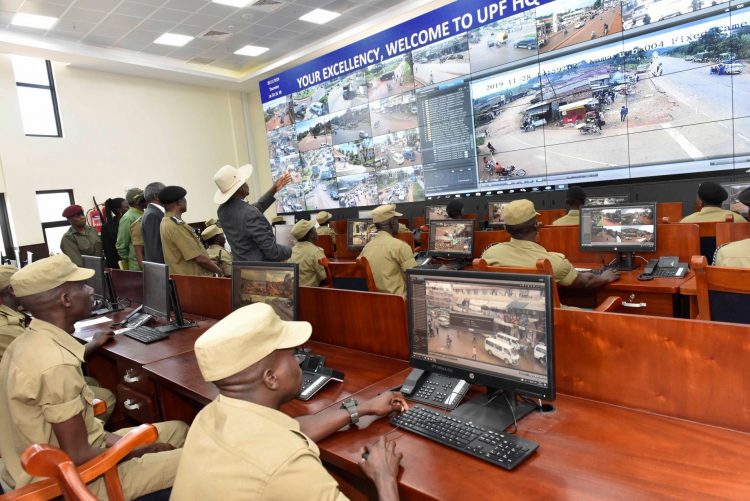 “This is why I have asked that the police stations themselves are fitted with surveillance systems right from the front desks. This should help us weed out the people who are responsible for the broken link between the public and the police,” he said adding “the officers on duty should be standby. The police stations should have CCTV cameras as well. I need to monitor their response and how they are doing their work.”

The launch of the surveillance system followed the installation of over 200 live CCTV cameras to monitor Bukoto, Naguru, City Centre, Kamwokya, Lugogo, Ntinda, and sounding areas.T

The move is one of the measures in place to fight urban crime.

The complex is part of the national CCTV project worth over UGX. 400bn

She was a modest and amiable person! MPs pay glowing tribute to their fellow Alupo who succumbed to Covid-19

NWSC to serve over 341,000 people in Gulu City and surrounding towns