Mobilisation, documentation of Reserve Forces in western Uganda kicks off

He said those being documented are UPDF veterans, current and former auxiliary Forces that includes former Local Defence Unit personnel who worked supported the UPDF during operations against Allied Democratic Forces.

Speaking at the function, the Director of the National Leadership Institute, Brig Gen David Kasura Kyomukama stressed the significance of local input on the maintenance of security.
“Players such as the wanainch and local leaders at all level are key contributors to foundation security if they are effectively coordinated by the Security Forces,” Brig Gen Kasura said, adding that although it is duty of the state to protect the citizenry and not the citizens protecting the state, security is a collective responsibility. 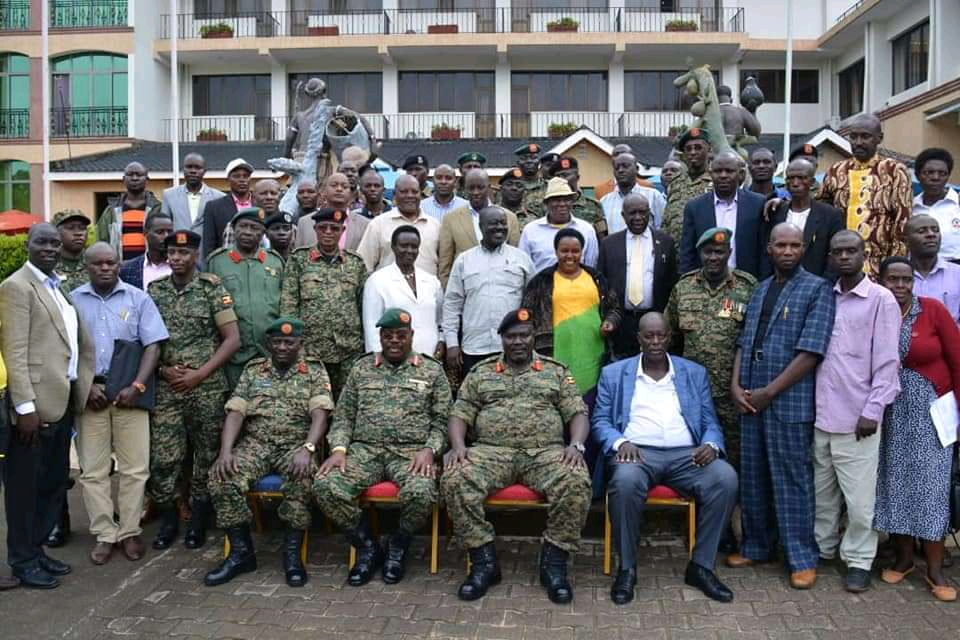 He applauded those supporting security agencies in securing the country such as former crime preventers and urged them to always exercise professionalism and diligence in the conduct of their assignments.

The Resident District Commissioner (RDC) of Mbarara, Lt Col James Mwesigye applauded the UPDF for the move to document the Reservists saying that the exercise will not only enhance Command and Control of the Reserve Forces but also facilitate the processing of the benefits of the veterans.

The former Crime Preventers in Southwestern Uganda pledged their commitment to working with the security agencies in keeping peace and security in the country.