KAMPALA – The Chief Justice, Bart Magunda Katureebe on Thursday evening treated Africa Chief Justices and Presidents of Constitutional Courts to a dinner at his official residence on Nakasero Hill, Kampala.

The dinner was one of the sideline events of the African Union Fourth Judicial Dialogue held at the Munyonyo Commonwealth Resort in Kampala, attended by delegates from 55 AU member states.

Before he could make his brief welcome remarks, Justice Katureebe introduced his immediate family to his guests.
He amused his fellow jurists when he referred to his wife as a “little girl” whom he bragged of to have kept him for the last 43 years.

He also introduced his children who had come along with their respective spouses before asking his guests to eat and make merry. 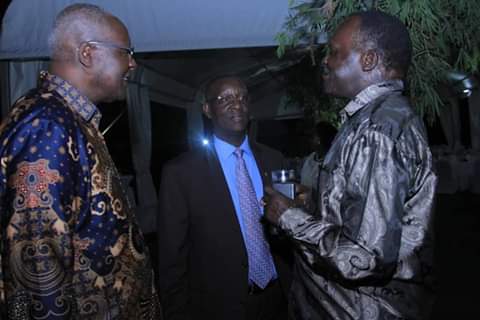 CJ Katureebe is expected to retire mid next year when he clocks the mandatory retirement age of 70.
He has been at the helm of the Judiciary since 2015.

Further in his remarks, the head of the Judiciary, gave a brief geographical history about the location of his official residence on Nakasero Hill in Kampala.
He revealed to his guests that the Chief Justice’s official residence was built in 1930s for the colonial chief justices.
He further explained that his official residence then neigboured several powerful officials like the house of the Quarter Master General which is the current title of the Inspector General of Police, State lodge, residence of the British High Commission, All Saints Church and Nakasero Primary School.
Justice Katureebe said such history should be preserved.

The Chief Justice of Kenya, David Maraga, who briefly spoke on behalf of other African Chief Justices in attendance, thanked Katureebe and the entire Ugandan Judiciary team for the warm reception that they accorded before promising to reciprocate.
He also said soon after his counterpart Katureebe retires in June, he will follow in December.
“As CJ Katureebe retires in June, I will also follow in December,” CJ Maraga revealed. 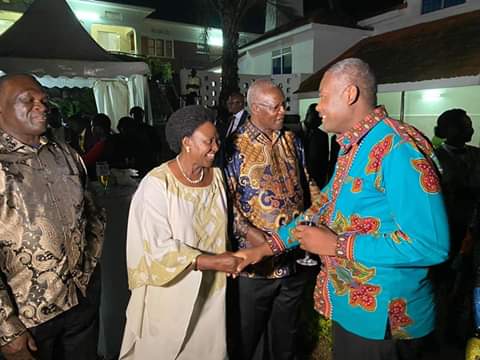 The fourth African Judicial Dialogue was officially opened by President Museveni on Wednesday under the theme; “Tackling Contemporary Human Rights Issues in Africa”.
The dialogue which ends today, has brougt together the Judiciaries of the African Union member states represented by their Chief Justices/Court Presidents.
It was organized by the African Court on Human and Peoples’ Rights under the auspices of the African Union.