PUIC calls for dialogue against radicalism

KAMPALA – The 42nd Parliamentary Union of the Organisation of Islamic Cooperation (PUIC, OIC) Executive Meeting has called for dialogue to fight terrorism, radicalism and Islamophobia at Skyz Hotel in Kampala.

“PUIC member states denounce Islamophobia and its fanatics who take advantage of the activities they are doing to bring disrepute to Islam,” he said adding that “they [delegates] have denounced terrorism in all fronts and it’s a united voice in all states.”

Islamophobia is the fear or hatred against Islam and Muslims.

The Deputy Speaker of the House of Representatives of Morocco, H.E. Mohamad Touimi Benejelloun, said the different Parliaments should work towards bringing the world together to fight extremism.

“Parliaments in the Member countries need to encourage both bi-lateral and multi-lateral talks working towards civilization. This will put clear the position of Islam which brings peace to the countries,” Benejelloun said.

He added that PUIC should support the operations of the United Nations peace initiatives. He expressed gratitude to the Speaker of Parliament, Rebecca Kadaga, ‘for working with us and being on our side’.

The Speaker of Parliament, Rebecca Kadaga, officially opened the meeting and welcomed delegates to visit the Pearl of Africa, Uganda and immerse themselves in its beauty and also explore the investment opportunities therein.” 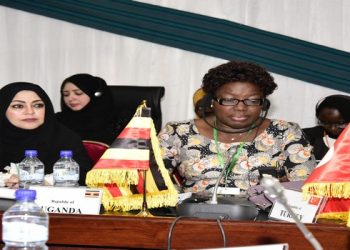